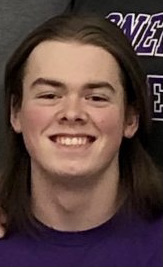 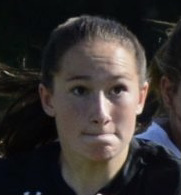 EAST LONGMEADOW – Westfield student-athlete Catie Bean is making smashing performances look rather routine these days.
Bean, who destroyed the competition during soccer season, made her presence felt on the track recently. The senior Bomber broke the school record in the 55 meter dash with a time of 7.1 seconds during an April 7 meet at East Longmeadow.
Earlier in the season, Bean tied the school record (7.4 seconds) in the 55 meters against Longmeadow.
Against East Longmeadow, Bean was also part of a successful 4×400 relay team, which included Abby Daley, Rebekka Clauson, and Nina Prenosil.
The success was not limited to Bean though.
Westfield senior Marissa Feary finished first in the high jump with a height of four feet, nine inches, and second in the 55 meter hurdles. Bombers’ junior Kailey Downs (100 meters), sophomores Rylee Labonte (55 hurdles) and Shea McDonald (mile), and freshman Hannah Shear (600 meters) each placed third in their respective events.
Feary was coming off a meet against Longmeadow which saw her tie her personal best in the high jump at four feet, eight inches.
“All the girls practice hard, try new events and enjoy the ability to finally compete during these challenging times,” Westfield girls track and field coach Kevin Matuszczak said, earlier this season. “We have a great bunch of young women who continue to dedicate hours every week to improve each and every day.”
Notes: Daley (1000 meters), Shea McDonald (mile), and Labonte (55 hurdles) each placed second against Longmeadow. Also in that meet, Clauson (300 meters) and Shear (600 meters) were third. …The Bombers are greatly aided by the expertise of assistant coach Victoria Pike this season.

OH SHEA CAN YOU SEE: Shea Drugan broke the school record for the third meet in a row with a 6.4 second finish in the boys’ 55 meter dash April 7 against East Longmeadow. Drugan was also sensational, helping the 4×200 relay team rally for a come-from-behind victory. He lifted his teammates, Ziyad Ghalayini, Nicholas Krawiec, and Joseph Taupier with a photo finish on the final leg of the race.