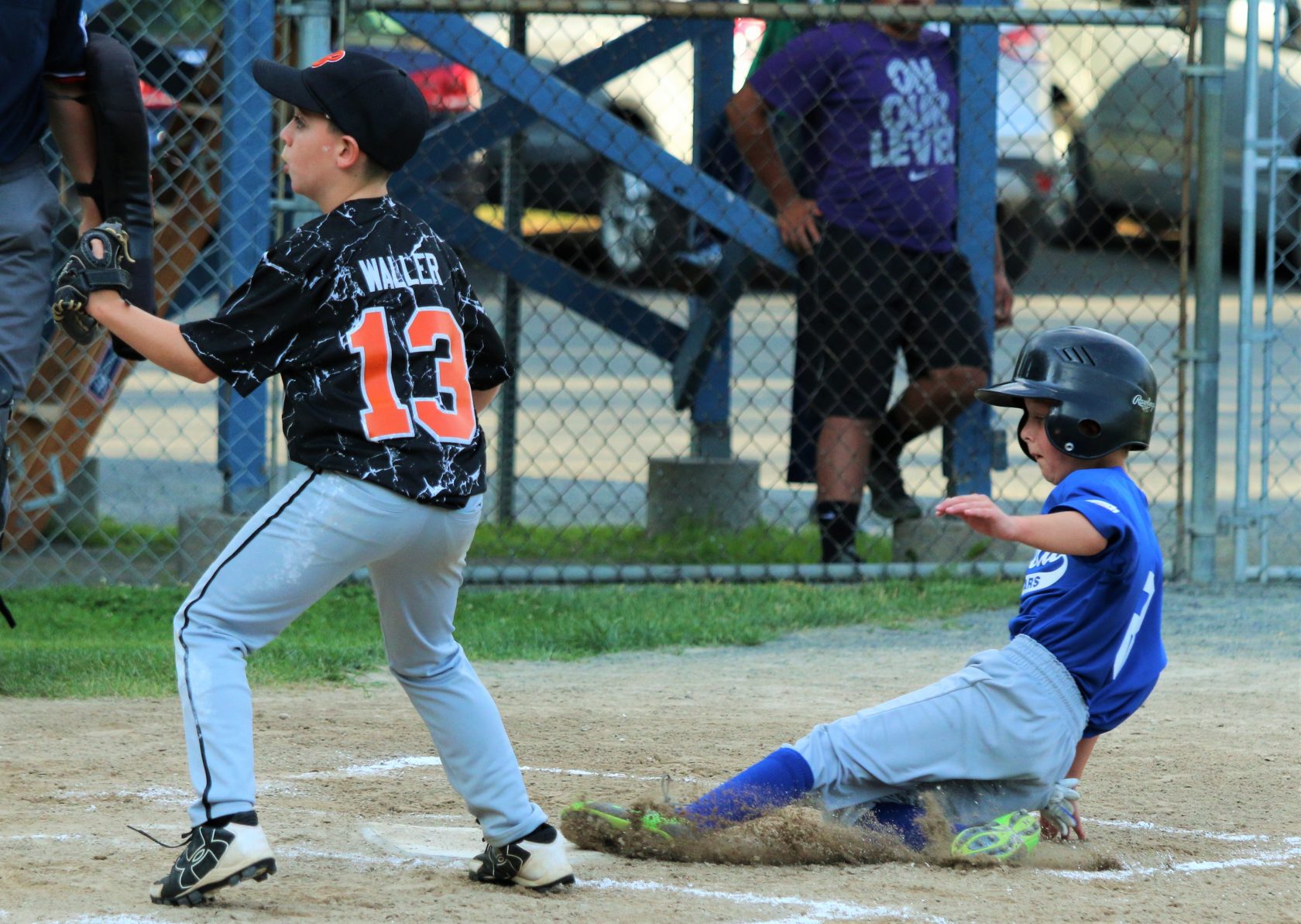 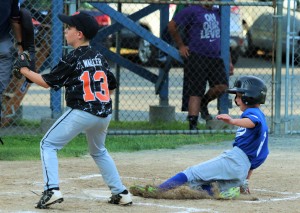 WESTFIELD – Westfield ran into a buzzsaw in the Little League District 7-9-Year-Old All-Stars tournament. So have five other teams.
Belchertown scored its 134th run, improving to 6-0 with a 21-12 win over Westfield in tourney pool play Tuesday night at Ralph E. Sanville Field on Cross Street.
Jake Waller punched out nine batters en route to tossing a one-hitter, and Belchertown’s bats knocked six Westfield pitchers from the game.
The outlook appeared bright for Westfield from the outset though as the Whip City’s squad scored first.
Brandon Mielke and Jack Madsen manufactured a run apiece to give their team a 2-0, first-inning lead.
Mielke reached on a lead-off error and Madsen walked with no outs. Both base runners advanced and scored on subsequent wild pitches.
In the second inning, Belchertown caught fire.
Belchertown took advantage of singles from Waller, William Vachet, Colin Holt, and Ben Les, and opportunistic base running to take a 7-2 lead.
Belchertown continued to light up the scoreboard like a fireworks display in the third inning.
The visitors loaded the bases with singles from Zander Auffrey and Jake Waller, and a walk. Three bases-loaded walks and a wild pitch made it 11-2.
After allowing two runs to Westfield, Waller settled down. The Belchertown flame thrower struck out seven in a row before Mielke broke up the streak.
Mielke walked, advanced to second and third on consecutive wild pitches, and scored on a third wild pitch. Tim Moran reached on an error, and scored. Noah Amaral singled. Ben King and Michael Sanchez walked. Wild pitches brought Westfield within four runs of a tie, 11-7.
Belchertown extended its lead to seven, doubling up Westfield with three more runs – all on wild pitches – in the top of the fourth. Evan Fergeson kept the inning alive with an infield single.
In the bottom half of the inning, Westfield rallied with heady play. The hometown boys scored three runs on wild pitches and trailed just 14-10.
As darkness settled in, once again so did the Belchertown offense.
Belchertown tacked on six more runs in the top of the fifth to pull away.
Westfield pushed across two more runs in the bottom half of the inning, including a Tim Moran RBI single, before the game was called due to darkness at the end of five.