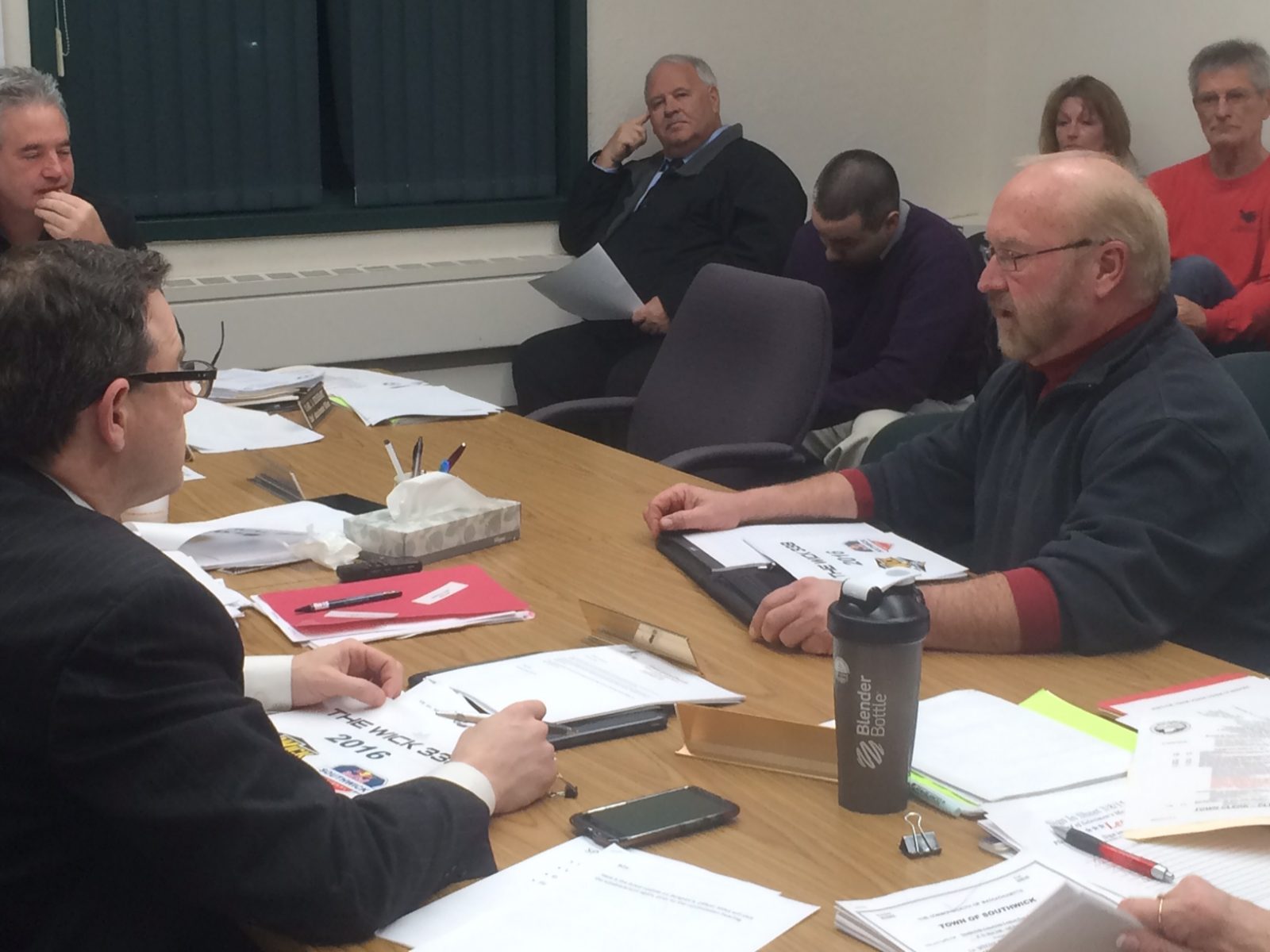 SOUTHWICK – Southwick Motocross organizer Rick Johnson updated the Board of Selectmen last week on the state of the track and upcoming events.
The track is due for permit renewal.
Johnson is the father of Keith Johnson, Southwick Motocross promoter, who said he consults with his son and with the return of The Lucas Pro Nationals, has taken on a more hands-on role.
Johnson was previously the president of New Balance Kids and focused on safety, so he said he is taking on any safety concerns at the track.
Johnson said extensive effort and funds are going into the track to provide Nationals what they need.
“NBC Sports will televise live – only one of three events they will televise live in 2016,” said Johnson.
Johnson said there will be nearly 1,000 feet of new fencing, a new two-story building for announcing, bleachers, and more.
“We will have two tunnels, one for safer spectator viewing and one for medical services,” said Johnson. “And not just for paramedics, there will be a mobile hospital where they could perform surgery.”
There will be a new sound system, also.
“We only have the Nationals once, so we have to do this right and show them we can do it,” he said.
If the event goes well, Southwick could get a regular contract for Nationals once again. Several years ago, Nationals pulled out of Southwick. The track needed major improvements to bring back the Lucas Pro event and Johnson said he aims to bring it back.
“All together, just to prepare for Nationals, will be a $200,000 investment,” he said, noting that Mike Grondahl has financially backed the Johnsons to make the improvements a reality.
“He stepped up to the plate,” Johnson said.
Southwick Motocross has 25 events planned for the year and Johnson said they learned from last year’s mistakes and have made changes to the track, security, and more.
“We’ve become more than a weekend race track,” Johnson said, noting the track has continued its work with Team Justice and the community at-large.