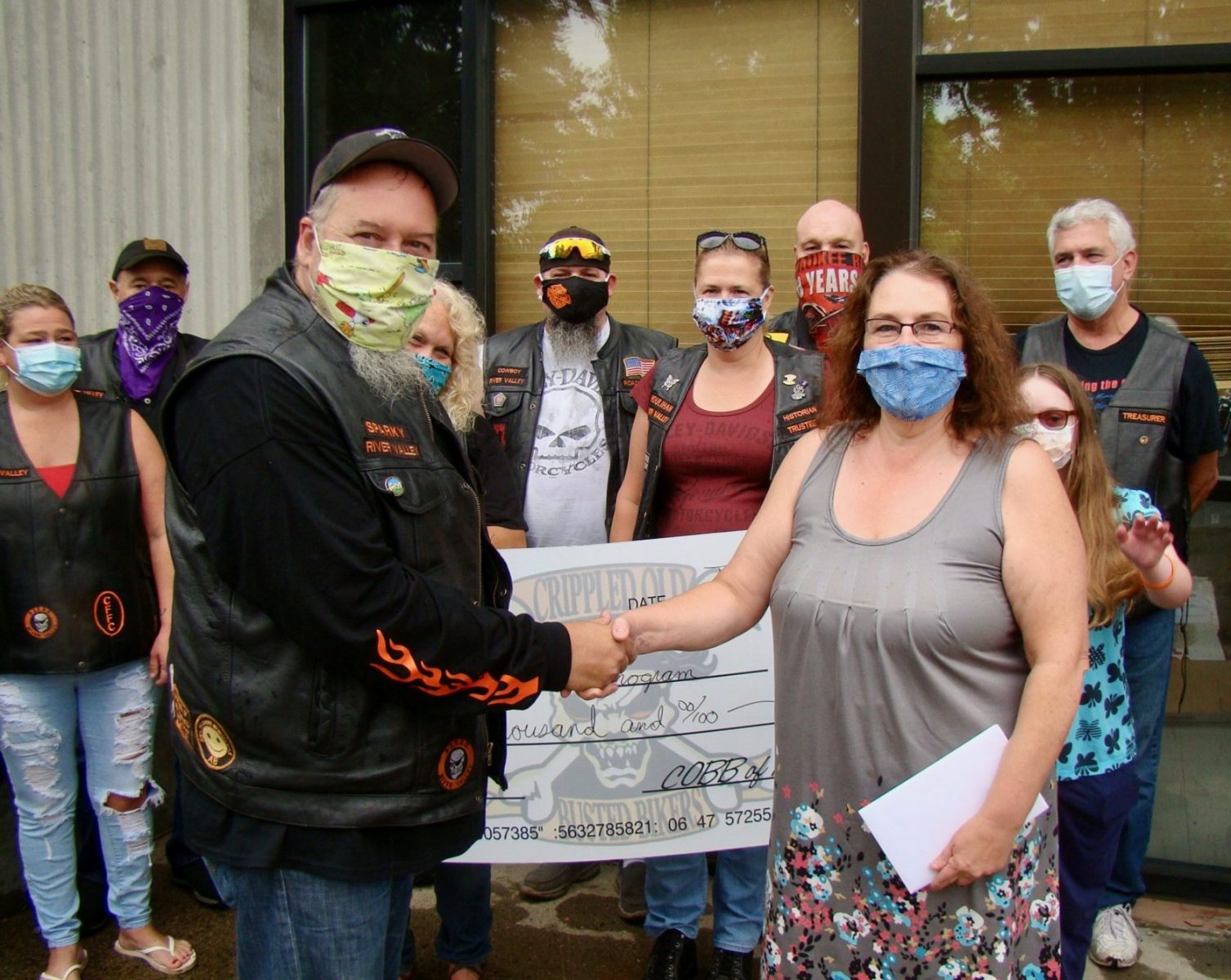 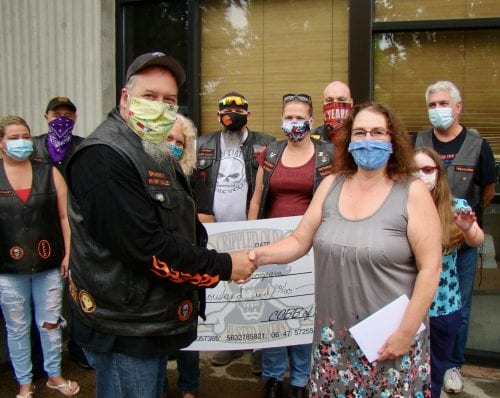 WESTFIELD – Members of the Crippled Old Busted Bikers (COBB) of Westfield rode out to the East Mountain Transition program on June 27, to present Director Sherry Elander with a check for $2,000.

Paul Sporbert, president of COBB, said the club, which started in Hinsdale and has opened a second chapter in Westfield, does a lot of community fundraising. “We’ve been gifted enough to give back to somebody else,” he said.

Fundraising events include motorcycle rides, spaghetti dinners and comedy shows, among others. Sporbert said charities are picked out of a hat, literally. He said the person who writes down the selected charity has to serve on the committee, and they choose a different one every time.

The East Mountain Transition program was initially selected to benefit from a comedy show. When that was cancelled, it was going to receive proceeds from a ride. After both events were cancelled because of COVID-19, the club took funds from its reserves to donate to the program, Sporbert said.

“We feel so honored that our program made it into the hat. What an honor, to have people recognize what we do, it’s amazing. It’s nice when we have the opportunity to let people know what these young people need and why it’s so important,” Elander said. 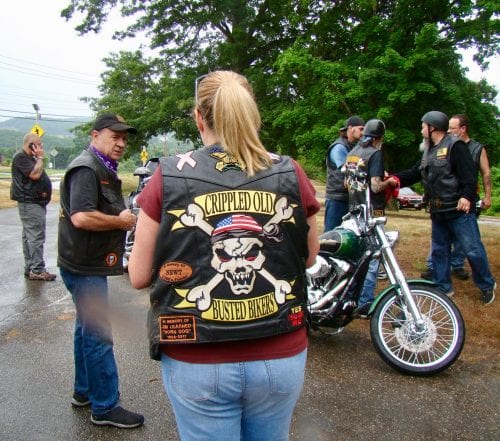 The transition program is a part of the Westfield Public Schools, and is for students ages 18-21 who are still entitled to school services. The program helps students transition from high school to adulthood by assisting with further education options, employment and community living skills.

Elander said the check came at the perfect time, as the transition program is moving to a new, yet undecided location.

The program has been at its current space on East Mountain Road for seven years paying only for utilities. She said Western Mass Hospital has been doing a lot of upgrades, and needs the space now to house the Department of Public Health.

“They’ve been doing a lot of renovations, and have been bringing it all back to life,” Elander said, adding that it’s been amazing to watch and be a part of it.

Elander said there are two locations that responded to bids as a new location, and they will be looking at both of them in the next couple of weeks, before a decision is made. Meanwhile, the East Mountain location is all packed up and ready to move, she said.

“Now that we’re moving, it’s going to come in handy,” Elander said about the donation from COBB, adding that it will be used for supplies and activities for the students. 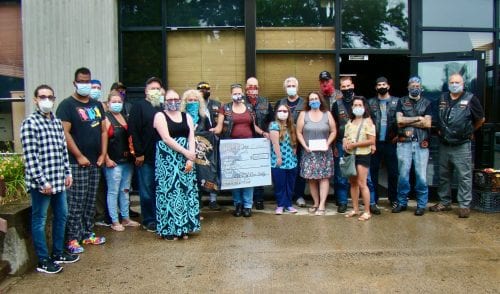