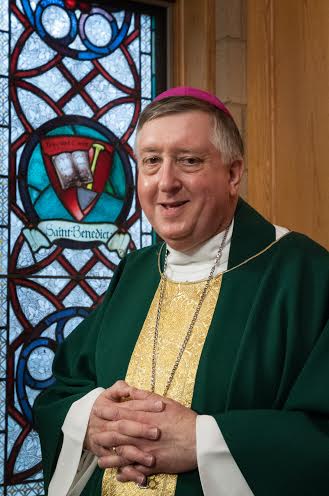 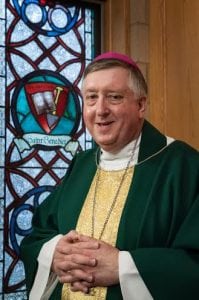 Rev. Mitchell Rozanski, Bishop of the Roman Catholic Diocese of Springfield, said this was “an important step.”

Rozanski, who is away on retreat this week, issued the following response.

“I am grateful to Cardinal O’Malley for his leadership in implementing this important facet of Vos Estis Lux Mundi here in the Boston Province,” he said. “This is an important step in assuring accountability for bishops in continuing to be vigilant in our church for the safe environment of all our members, particularly our most vulnerable.”

According to The Associated Press, the names are accompanied by resources on the website for survivors and a section for anyone to report church abuse.

Last May, Pope Francis issued a church law that requires all priests and nuns to report sexual abuse by clergy, as well as cover-ups by their superiors to church authorities. The next month, the U.S. Conference of Catholic Bishops creating a third-party national reporting system for abuse claims against bishops.

The Associated Press reports bishops around the region are touting the new system.

“With the controls we have put in place and continuing vigilance, our diocese’s procedures have created a safer Church in Maine. But there are always opportunities to improve the ways in which we protect against possible abuse in the many forms in which it can arise,” Bishop Robert Deeley, of the Diocese of Portland, said in a statement. “I am pleased that the new, third-party system establishes a clear and independent system way for people to report misconduct by bishops.”

However, the Survivors Network of those Abused by Priests, known as SNAP, said there was a “glaring flaw” in the system in that allegations are not made public.

“The Catholic Church has already demonstrated that it cannot be trusted to police itself. By keeping the accusations under wraps, the process does not encourage victims, witnesses and whistleblowers with additional information to come forward,” Melanie Sakoda, the survivor support coordinator for the group, said in an emailed statement. “People are often reluctant to be the first but will step up when they know someone else has come forward. The best place for allegations of sexual abuse is still in the hands of law enforcement.”

The Westfield News reported the story of a city family affected by abuse of a Westfield boy by a local priest. That family has reached out to the Diocese of Springfield for assistance in coping with the lifelong effects of the abuse.

The confidential system allows alleged victims to file abuse claims anonymously either by phone or email. All claims will be reported to law enforcement and apostolic nuncio as necessary. Alleged victims get a case number and can track their claims, according to The Associated Press.

“The bishops of the Boston Province felt that this was something that could be done now without having to wait for the national rollout,” Bishop Christopher Coyne, of the Roman Catholic Diocese of Burlington, said in an emailed statement. “I wholeheartedly agreed with this as I did not see a good reason to delay this any longer. I do not see this as replacing the national reporting system but as complementary.”