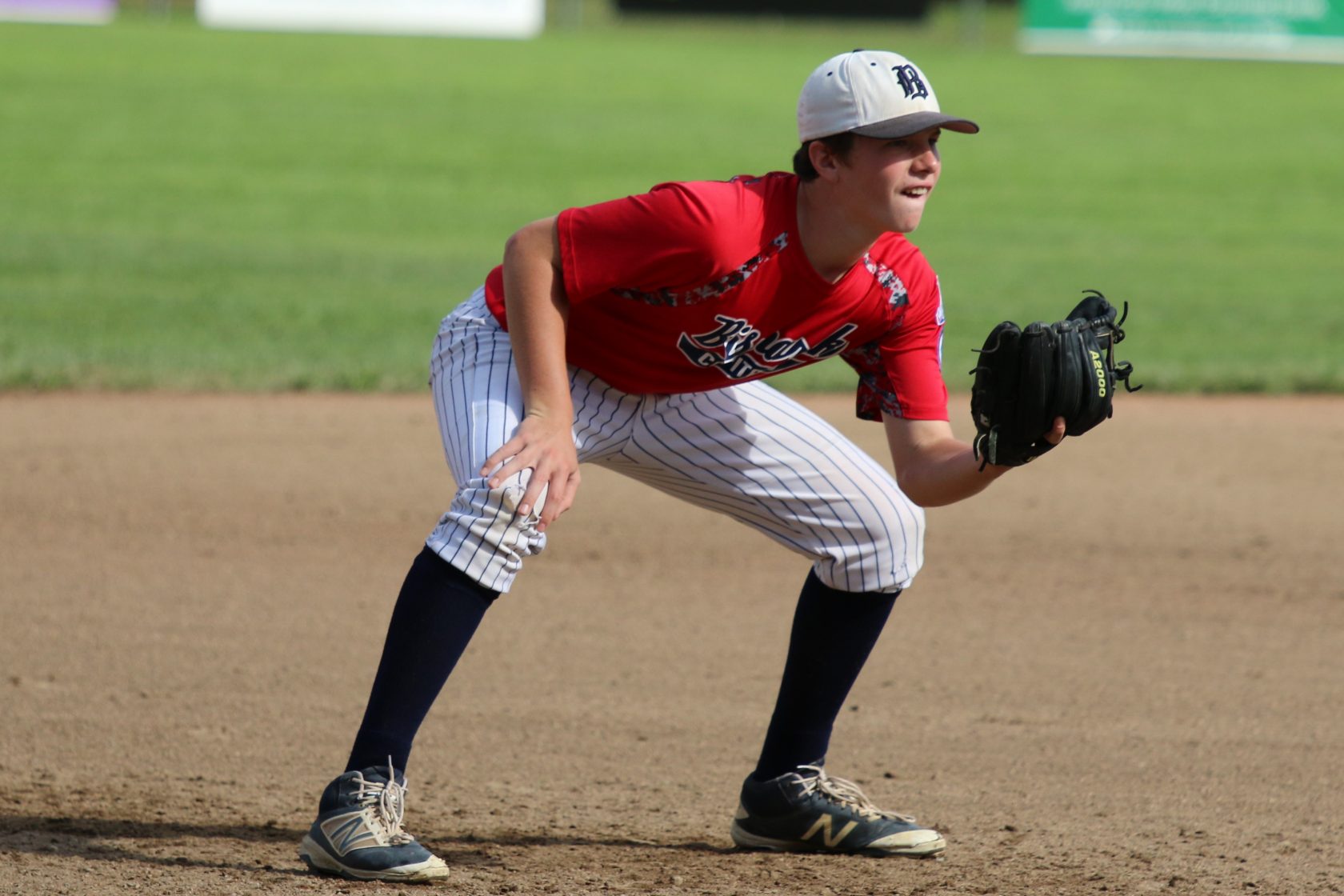 WESTFIELD – Bismarck (ND) had a rather comfortable 10-1 lead after the top of the sixth inning. But, after a huge seven-run rally from Mountain Home (AR) that put the score at 10-8, the game took a quick turn. Bismarck was able to hold on to the lead and earn the 12-8 victory.
“Mountain Home’s a good ball club, they put up a good fight against us,” said Bismarck Manager Alec Grothe. “They really took advantage of a couple of our mistakes.”
Mountain Home collected six hits to go with the seven runs in the bottom of the sixth. After four singles and a wild pitch, Mountain Home cut the lead to 10-6. It was then Satchel Harris’s double that drove in a pair of runs and put the score even closer at 10-8.
Being able to hold on to the victory was crucial for Bismarck, after suffering a tough 2-1 defeat Sunday to Portland (ME). The win gives Bismarck a 4-1 record in pool play and they now lead a top the American Division Standings. 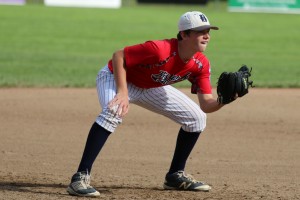 Bismarck’s third baseman Mason Feldman (32) is down and ready. (Photo by Kellie Adam)

“It was great to bounce back today, yesterday was rough on us, we didn’t have our hitting there all the way,” said Grothe. “We needed to be more mentally prepared today and that’s what we were, and it showed, we had more hits today than we did all tournament long.”
Wasting no time in the top of the first inning, Bismarck racked up five runs in order to jump out to an early lead.
With the bases loaded and no outs, Hanson singled to put Bismarck on the board. After two passed balls and a sacrifice fly put the score at 4-0, Connor Weikum singled just into fair territory of the left field line to score Luke Domres and give Bismarck the 5-0 advantage
Connor Hanson led the Bismarck offense by going 4-for-5 with two RBI’s. Cade Feeney and Skyler Readinger had two hits each.