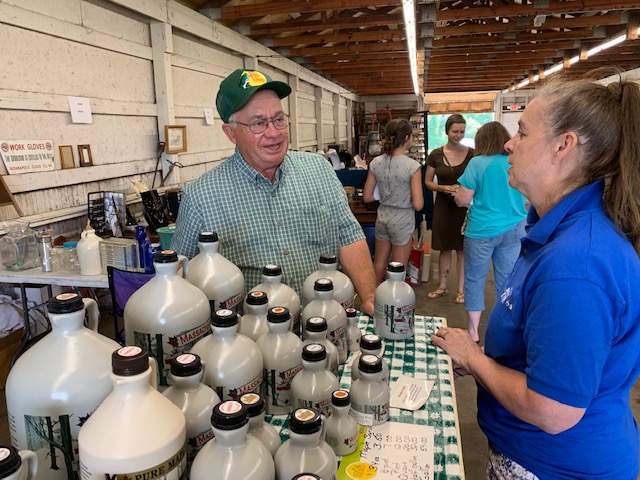 BLANDFORD-A new twist on old favorites as well as a “facelift” of sorts will await visitors this Labor Day weekend to the annual Blandford Fair, now in its 152nd year.

“We have a lot of new things to offer at the fair and we are trying to give it a facelift,” said Jennifer Girard, the Blandford Fair’s new publicity and marketing supervisor. Girard is also overseeing the kitchen volunteers this year. 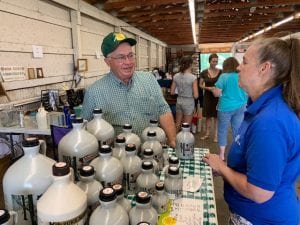 One of the best loved staples of the Blandford Fair are the New England home-style dinners cooked by longtime volunteers.

“We used to do two servings each day and we are making a change of one serving with extended hours,” said Girard, noting the hours will be from 1 – 4 p.m.

On the opening night of the fair, Girard said instead of a traditional dinner, a “Pie and Coffee” offering is planned at 6 p.m., with a Bingo Night from 6:30 – 7:30, both in the dining hall. Pie choices will be apple and blueberry.

“We are also adding a new culinary twist to the meals,” said Girard, adding the traditional ham dinner planned for Aug. 31 will feature spiral ham with a raspberry mustard side sauce, homemade baked beans, pasta salad, coleslaw and cornbread.

On Sept. 1, a barbecued chicken with “new seasoning” is slated, and will be served with potato salad, tomato and cucumber salad, corn on the cob and a roll, and on Sept. 2, the “ultimate New England” pot roast will be cooked with yellow potatoes, carrots and “a lot of different seasonings” and served with homemade gravy and a dinner roll.

All meals in the dining hall include coffee, tea, milk, and a slice of either homemade apple or blueberry pie.

What isn’t changing on the menu this fall is the ever popular “signature” blueberry and strawberry shortcakes made with homemade biscuits and topped with freshly made whipped cream – sold at the Shortcake Booth adjacent to the Union Agricultural Hall.

Girard noted that popular attractions for all ages are the agricultural displays that include animals and arts and crafts.

For Leon Ripley, who has served as superintendent of livestock since 1967, he can’t imagine being anywhere else during the Labor Day weekend. He also serves as vice president on the society’s board of directors.

“My family has been involved with the Blandford Fair since it started,” said Ripley, whose family also owns Maple Corner Farm in Granville. “The fair has been an important part of my life and I enjoy sharing my knowledge with others. The fair is also great for little kids to experience.”

“We are also adding a host of new contests to the fair experience,” said Girard, adding that both Saturday and Sunday nights will be “family game nights.”

Family game nights will include several popular attractions including Connect 4, KerPlunk and Jenga.

“We will end each family night with S’mores by the fire pit,” said Girard.

Contests will include the traditional pie-eating contest, as well as contests for devouring ice cream and fritters.

“We will also have a nail driving contest, as well as a rolling pin throw into a bucket, a watermelon seed contest, a wrench tossing contest and finding Tootsie Rolls in hay,” said Girard, adding “every hour there will be a contest.”

Entertainment has also been a big focus for this year’s fair and includes performances by the Bad Moon Risin’ Band on Friday night; an Eagles Tribute Band on Saturday; “hometown artist” Jon Berman on Sunday as well as the Reminisants and Changes in Latitudes, and closing out the fair on Monday will be performers Jonathan Idol and Brian Chicoine.

“We need to keep the old favorites that people expect to find at a family fair as well as bring in new experiences,” said Girard, noting that an agricultural scavenger hunt will be among one of the many fun experiences that kids can enjoy.

For a complete list of daily schedules including the signature Blandford Fair Horse Show, the fiddle contest and details on the annual Art Show, visit www.blandfordfair.com.

Admission is $10 for adults; $5 for seniors and veterans, and children 12 and under are admitted free. A parking fee of $5 is observed.

“The fair is all about having fun for all ages,” said Girard.