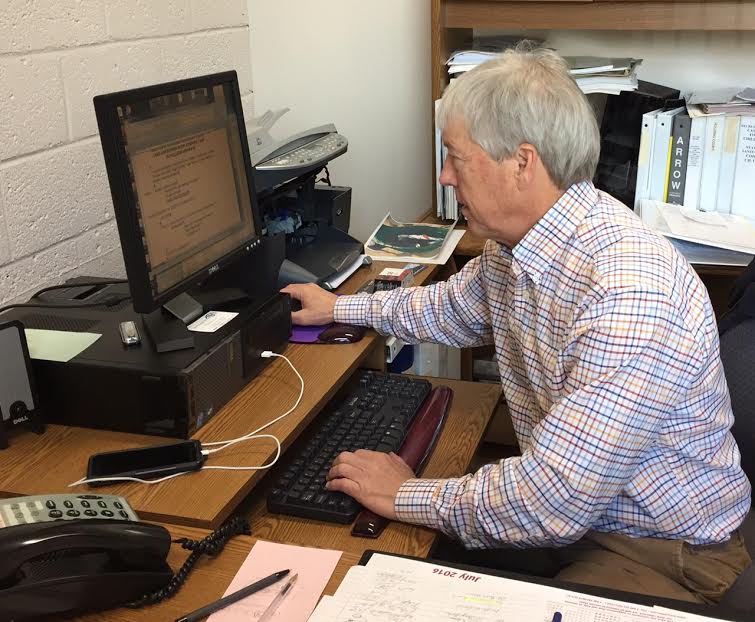 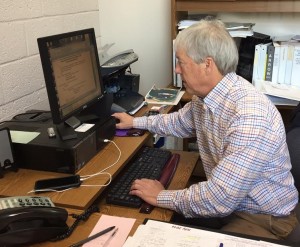 Tom Fitzgerald in the Board of Health office in 2016. (FILE PHOTO)

SOUTHWICK — The Board of Health voted unanimously to appoint former Health Director Tom Fitzgerald as interim director after current Health Director Tammy Spencer announced she is leaving the position Nov. 4.

Spencer said that she is leaving Southwick to become the health director for Easthampton.

Fitzgerald began in the Health Department in 1981 as a health agent. He had worked his way up to become health director before retiring in January 2020. Spencer was hired by the Board of Health as his replacement, and stepped into the position just months before the COVID-19 pandemic, which would become the main priority for her in her tenure in Southwick.

Fitzgerald agreed to a 24-hour workweek. Because he is coming out of retirement, he is only permitted to work 960 hours in a calendar year, though Board of Health members indicated that they intend to permanently fill the position within the next few months.

Spencer said that she would be willing to help with the transition even beyond her last day on Nov. 4. One of the main things she will likely help with is the completion of the shared public health services grant, which the Select Board recently approved. The $179,630 grant would fund a shared public health nursing staff based in Southwick but also covering Blandford, Granville, Montgomery, Russell and Tolland.

Spencer had intended to serve as the primary administrator for the program, but that arrangement will now have to change. Her plan had been to hire one full-time and one part-time nurse, to be employed by the town of Southwick, with the other towns making payments to Southwick to allay their share of the cost.

To find a new director, the Board of Health will likely seek out applicants to go through a public interview process with the board itself. Spencer was selected out of a pool of three candidates that were interviewed by the board in late 2019.