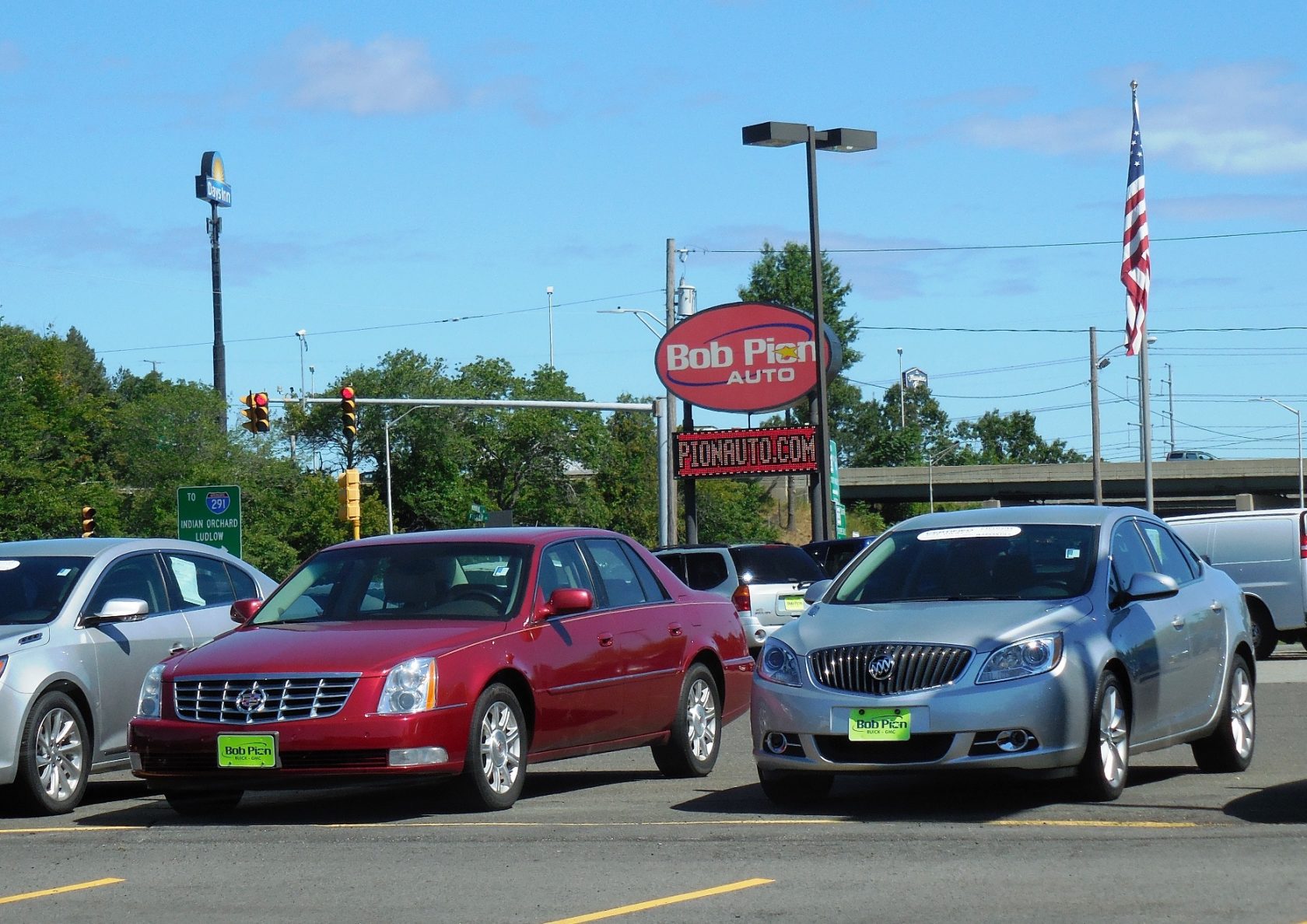 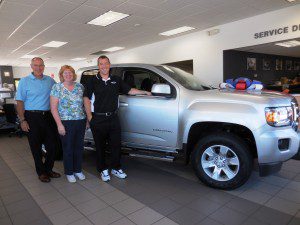 Don Pion, Judy Whalen and Tom Pion show off a 2016 GMC Canyon in the showroom. (Photo by Amy Porter)

CHICOPEE – Bob Pion Buick GMC is celebrating 38 years in the car and truck business in Chicopee but, according to dealer principal and Westfield resident Don Pion, the roots in the business go back much further than that.
“My grandfather was in the car business in the late 20s, early 30s,” Don Pion said. Unfortunately, he died at an early age, Pion said, and his father Bob Pion started out in the clothing business. Then one of his customers encouraged him to get back into the car business. He and a partner became dealers together in the late 60s, selling MGs and Renaults. They then bought Hampden Dodge together. 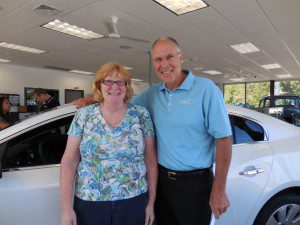 Judy Whalen, office manager at Bob Pion Buick GMC with Don Pion. Whalen has worked for the dealership for 23 years, and plans to retire there. (Photo by Amy Porter)

“In 1977, my father and his partner divided up the business, and he started the Pontiac store in Chicopee.” Along the way, they added Buick and GMC, Pion said.
Today, Bob Pion has retired, but the family still works together at the dealership including Don, his wife Kathy, who handles Human Resources, and their sons Rob Pion who is the general manager, and Tom Pion, who manages used cars and the Internet business.
Tom Pion said he and his brother started in the business from the ground up. 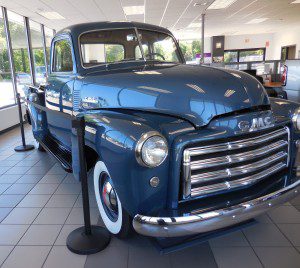 Don Pion’s restored 1950 GMC truck that is on display in the showroom. (Photo by Amy Porter)

“I started picking weeds and washing cars in the summer,” he said, adding that his father wanted to instill a strong work ethic in them. “It worked. Some kids had their toy guns. We had matchbox cars and built our own garages from Legos.”
Their father also sent both Tom and Rob to the National Automobile Dealership Association (NADA) Academy in Virginia, which prepares current and future dealership leaders to direct and improve the operations and financial results of each department within the dealership.
“You have to be sponsored by a dealer,” Tom said.
They both completed the two years of courses there. Don said that over the next few years, his sons will take over the business.
“Everything is more complex today,” Don said.
He remembers when his father owned the dealership, how they would prepare for the arrival of the new model cars every September. They would paper the windows, so people couldn’t see inside, and the cars would arrive under wraps.
“On the day of the announcement, we stripped the paper off the windows, and people would flock in,” he said.
Nowadays, each car has its own cycle, and you can get the same price year-round.
“The Internet is key to our business now,” Tom said. “With the Internet, customers can go nationwide if they want to. You can shop ten dealers in ten minutes.”
He added that it’s not just younger people who use it, either. “We’ll have customers in the showroom who are in their 80s with their iPads checking other prices.”
The cars have changed drastically, too. Don has his restored 1950 GMC truck on display in the showroom. Sometimes he drives it home to Westfield, which takes him an hour, and he arrives exhausted from the effort. He said when he drives that truck, he realizes how far the technology has come.
“It’s so basic, you open the hood and it’s just the engine, compared to the technology that’s in these vehicles today,” he said.
Don said that nationally it is a challenge to find good well-trained technicians to work on today’s cars and trucks. “There’s a lot of competition for technicians,” he said. “With the Internet, they can go nationwide if they want to. You can make some good money in the auto repair field.”
“Finding the right people in any spot is key to our organization,”he said. “We attribute a good part of our success to getting the right people in. Early on, I was taught to treat your employees like you want them to treat your customers.”
Judy Whalen, the office manager, has been with them for over two decades.
“We have a very fast-paced environment in the office. We all work very well together, and the camaraderie is amazing between all the departments.” Whalen said. “The Pions are wonderful people. They are very fair, and sensitive to their employee’s needs. I have worked here for 23 years and I intend to retire from Bob Pion Buick GMC.”
When asked about future changes in the car business, Tom said, “I know they’re trying to gear more toward water and electric-powered cars,” adding that they do carry some eAssist cars, which are half hybrid and half gas. “You still have a need for dump and utility trucks,” Tom said.
Trucks make up more than 50 percent of the business at the dealership.
“I think what’s exciting are self-driving cars, cars that can parallel park themselves,” Don said, although he said he wouldn’t want to be around when one failed.
“One of the great things about the car business is that it touches everyone’s life,” Don said. “Around here, everyone needs transportation.”