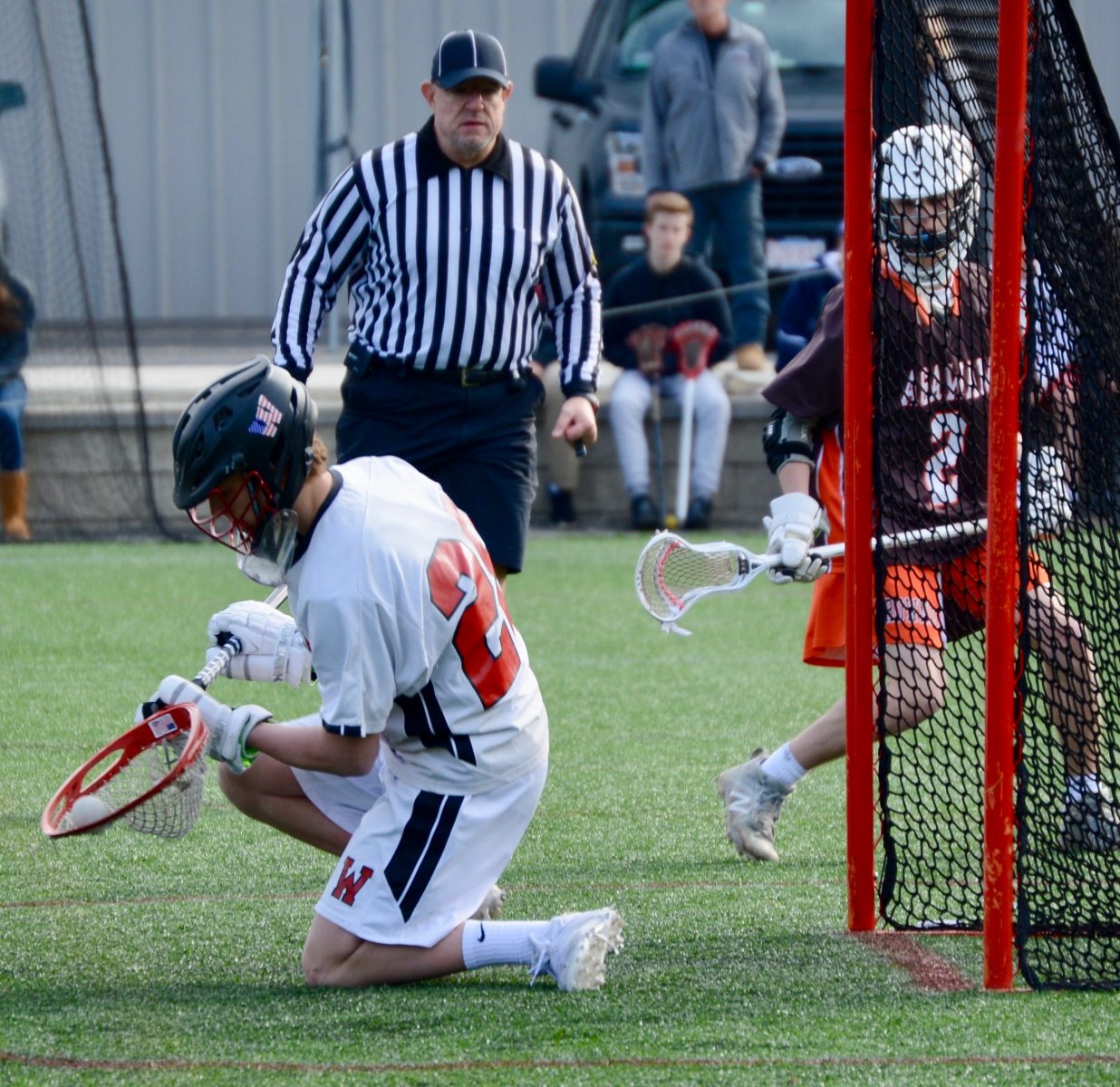 WESTFIELD – The Westfield High School boys lacrosse team enters the 2019 spring season facing what some may deem insurmountable odds, including the temporary loss of a “home” field, the challenge of playing on turf versus grass, and a fielding a squad that returns just one of five leading scorers (the other four graduated last spring).
Those odds appear much less daunting after a brilliant outing on opening day.
Will Cameron had five goals and one assist to lead Westfield past Agawam 9-1 Tuesday at Roots Athletic Center.
Although, it was a bit of a struggle offensively in the first quarter with Westfield scoring the lone goal, the Bombers defense pitched a first half shutout. 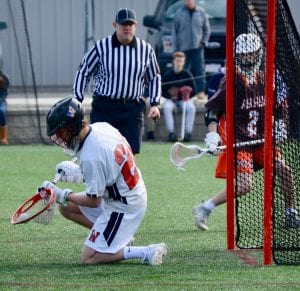 Westfield goalie Nick Mee scoops the ball into the pocket of the netting on his goalie stick for a save against visiting Agawam. (Photo by Chris Putz)

Westfield tallied two goals in the second quarter to forge a 3-0 lead at the half before exploding for five more goals in the third quarter. The Bombers tacked on one for good measure in the fourth.
Westfield sophomore Cam Theriault (the team’s lone top five returning scorer) recorded a hat trick, and Ryan Metcalf finished with one goal and three assists for the Bombers. Tyler Shrewsbury and Kris Meneses were credited with assists.
Westfield goalie Nick Mee made seven saves.
Meneses and Gavin Carzello, both three-year starters; Aidan Boyle; Jack Finnie; and J.H. Haluch delivered a strong defensive effort for Westfield. Agawam’s Oscar Wolfe scored his team’s lone goal.
“We are super young, our youngest team ever,” said Westfield boys lacrosse head coach Mark Cavallon, alluding to a roster that features just three seniors. “Normally we have 10 to 15 seniors annually. This year, we have a large group of juniors … but we definitely have talent.”
Cavallon said midfielders Danny Antonellis, Danny Buckelew, Nick Clauson, and Shrewsbury will also be critical to the team’s success this season.