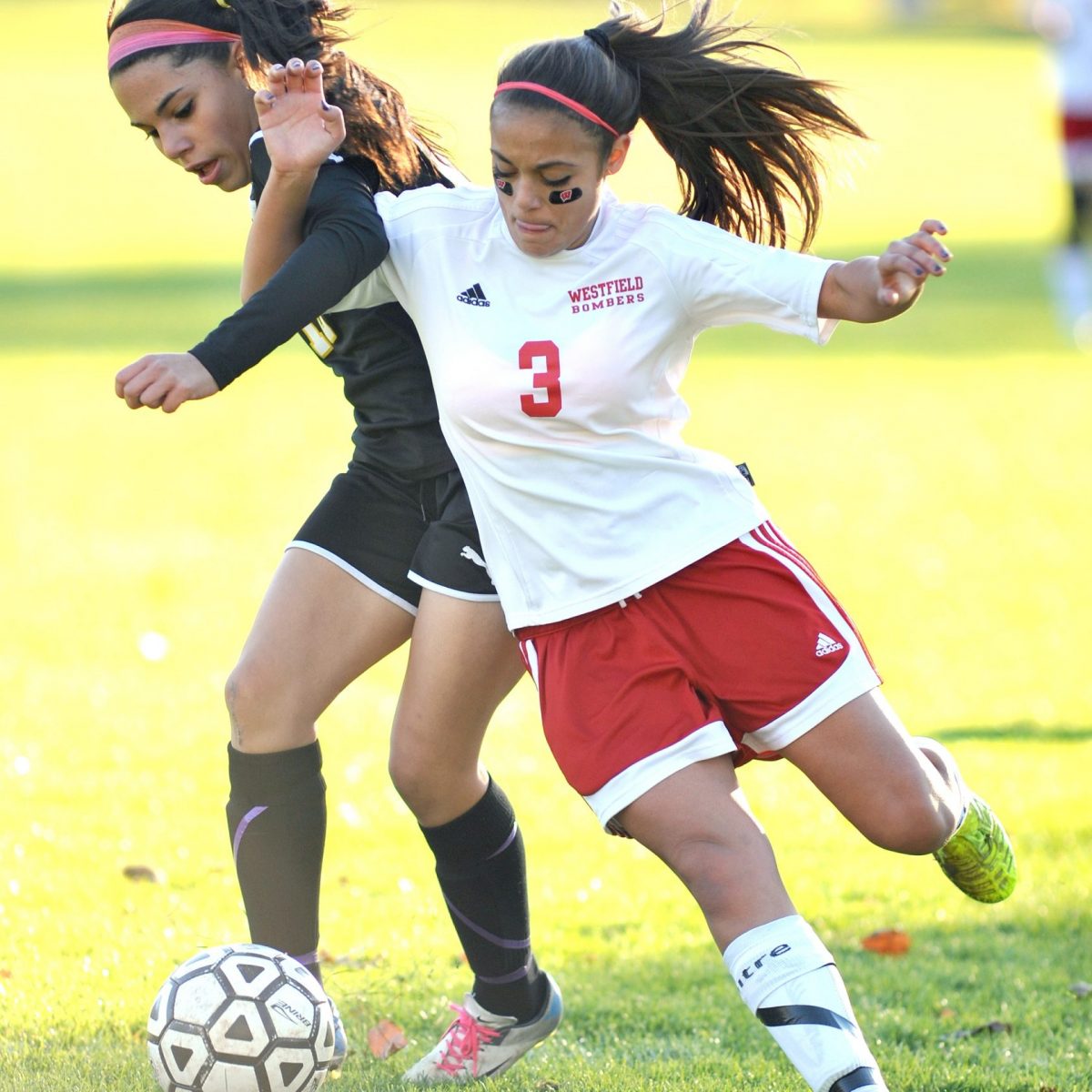 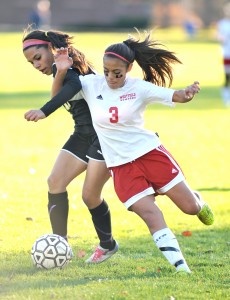 WESTFIELD – It was two thumbs up for two of the city’s girls’ high school soccer teams, and a third for their friendly neighbor.
Westfield and St. Mary high school both advanced into the second round of the Western Massachusetts girls’ soccer playoffs with narrow victories yesterday. The Bombers clipped the Central Golden Eagles 1-0 at Bullens Field, and the Saints posted a 2-0 shutout of Pathfinder at Westfield North Middle.
Neighboring Gateway won a thriller in Huntington on penalty kicks.

DIVISION I
No. 7 Westfield 1, No. 10 Central 0
Haley Mason scored the eventual game-winner in the fifth minute on a pass from McKenzie Saltmarsh. Saltmarsh and Lindsay Stefano controlled the midfield play, and teammates Amy Wardner and Jessie Pratt helped the defense record a shutout.
Westfield goalie Amelia Tooker finished with five saves.

DIVISION III
No. 7 St. Mary 2, No. 10 Pathfinder 0
Monica Peterson scored two goals – one on a pass from Ali Stanlewicz, the other from Lauren Chapdelaine – to earn a huge victory at home.
The Saints netted the first goal in the 20th minute, and added insurance 10 minutes into the second half.
No. 6 Gateway 2, No. 11 Holyoke Catholic 1 (shootout)
Alyssa Moreau scored on a brilliant direct kick, floating a ball from the left hash mark to the right corner of the net from about 25 yards out in the 27th minute, and added a goal in a shootout to help Gateway advance.
Moreau, Charlotte Lebarron, and Kendall Rooney each delivered successful kicks in the shootout period.
Gators’ senior goalie Brooke Fairman made three saves, protecting her team in regulation and in the shootout.
“Everyone has to know how to win big games,” said Gateway coach Steve Estelle. “You really can’t practice for it. You teach the basics, and hope you play like this every game.”
“This was a big win. I’m excited for the girls.”