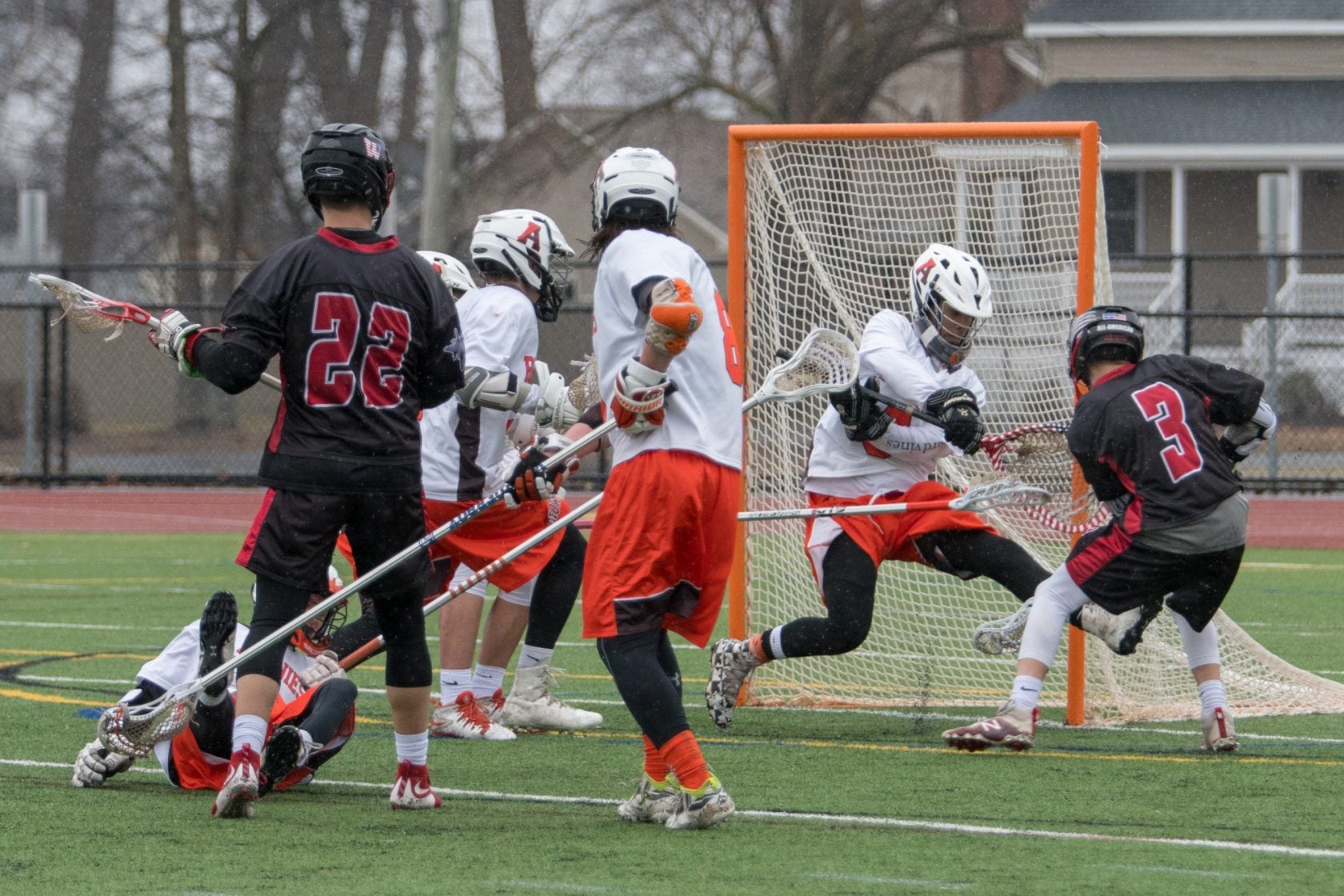 AGAWAM – Spring may be late arriving to the area, but the Westfield High School boys lacrosse team apparently is not.
Westfield stormed out to a 16-5 victory over Agawam in Tuesday’s season opener behind six goals and one assist from senior Matt Bonsall and contributions from several athletes on a cool, rainy afternoon.
Cam Theriault delivered four goals and one assist for Westfield. Bombers’ Max Maggipinto collected one goal and three assists. Christian Nalepinski and Daniel Antonellis scored two goals apiece.
Westfield’s Kohl Lunardini chipped in one goal; William Cameron and Tyler Shrewsbury each contributed one assist. 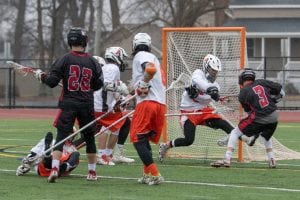 Cam Theriault tucks the ball between the Agawam goalie’s legs for another Westfield goal. (Photo by Bill Deren)

“It’s early but the guys played hard,” Westfield coach Mark Cavallon said. “A lot of young players are working themselves into earning playing time. The leaders of this team are teaching the younger guys how to play for the Bombers. It was a good start. They played hard and well.”
Westfield returns 11 seniors, including new senior Cam Parent, the starting goalie from the school’s 3-time defending Division 3 hockey champions. The lacrosse team’s starting goaltender Alex Beauchemin, also a senior and senior middie Zach Cree will be critical to the team’s success this year, Cavallon said.
The 2018 team is also comprised of three juniors, 13 sophomores and one freshman.
“These players have played a lot of lacrosse; they’ve been in a lot of tournaments,” Cavallon said.
Westfield will get even more playing time Thursday when the Bombers travel to East Longmeadow to take on the Spartans at 7 p.m.