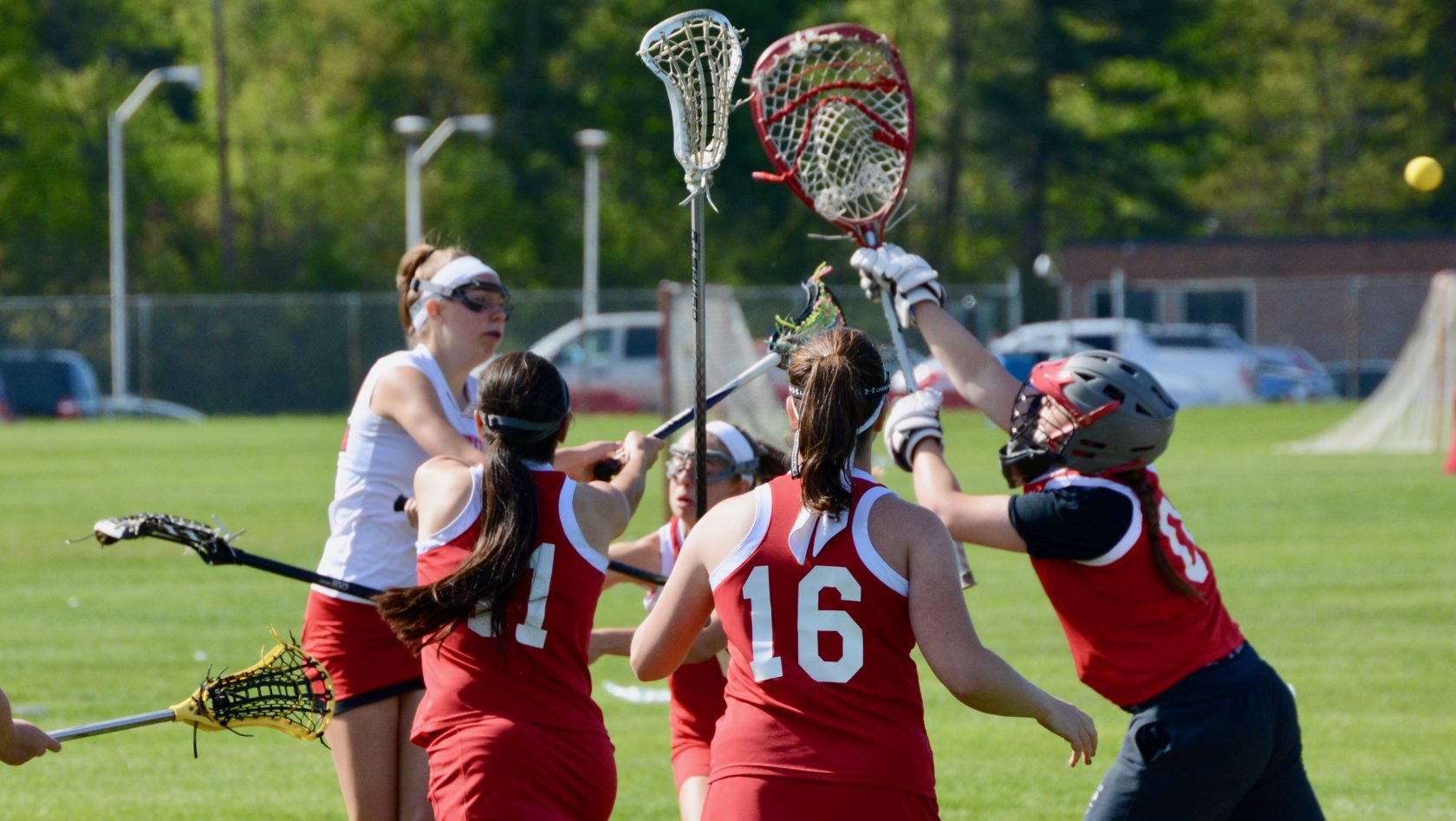 WESTFIELD – The Westfield High School girls’ lacrosse team took one step closer to league supremacy.
Westfield improved to a Valley League best 7-0 with a key league victory over visiting East Longmeadow, 9-7, Friday, the second time in eight days that the Bombers toppled the Spartans.
“It was an awesome game (that came) down to the end,” Westfield coach Paul Fenwick said. 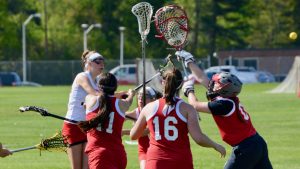 Westfield’s Kylie Buchanan (22) manages to get a shot off in between a crack in the East Longmeadow defensive wall Friday in the Whip City. (Photo by Chris Putz)

SOFTBALL
Moniz dominates in Bombers’ victory
Westfield 3, Chicopee 0
Haley Moniz struck out 15 batters in the process of tossing a one-hit shutout Friday against visiting Chicopee.
“Haley had total command of her pitches today and she did a great job of hitting her spots,” Westfield coach Tim Desmond said.
Moniz struck out six of the first seven Chicopee batters she faced and 10 of the first 14. The Pacers put the ball in play just six times – none left the infield.
“When you see stats like that, you know that something special happened,” coach Desmond said. “Haley and (catcher) Morgan (Zabielski) were in sync today and were on the same page all afternoon. Games like this are a joy to watch. I’m just glad we were able to scratch out a few hits of our own to get Haley the win.”
Nicole Graves led Westfield at the plate with two hits and an RBI. Zabielski, Brit Kowsalski and Sam Schieppe had the only other Bombers’ hits.
Chicopee pitcher Zariha Clark (2 Ks) scattered five hits.

BASEBALL
Granby races to victory
Granby 18, Gateway 13 (5 inn.)
Granby stormed out of the gates with a 14-run, first inning at home in a mercy-shortened contest. Noah Bleakley went 2-for-5 with a double, homer, two runs and three RBIs.
Josh Webster (double, run) and Jake McKittrick (RBI) each had two hits for Gateway. Gators’ Brett Bonenfant had a double, run, and RBI.