It’s the age-old sports question: New York or Boston? Fans on both sides of this rivalry have been going toe-to-toe for years with very little resolution. When it comes to these two cities, debates often turn into heated discussions, which turn into shouting matches, and eventually end in two angry sports fans.
Why tire yourself out if you don’t have to?
On Thursday April 20, two nationally recognized sports writers will be coming to the Shortstop Bar and Grille to try and settle the debate once and for all.
Dan Shaughnessy of The Boston Globe and Ken Davidoff of The New York Post, have been reporting on their respective city’s teams for years and will bring that knowledge to the bar in a debate-style event straight out of the mind of Dave Sweeney, owner of Players Edge New England.

“As a Yankee fan living in Red Sox Nation, I get tired of hearing about how great Boston sports teams are,” said Sweeney in a press release. “Sure, Boston’s had a pretty good run lately, but when it comes to tradition and sports icons, New York is tops.”
A graduate of Holy Cross, Shaughnessy has covered the Red Sox for the Boston Globe since 1981 and is well known for writing Curse of the Bambino, a book that chronicles the long championship drought suffered by the Red Sox after trading away Babe Ruth.
Ken Davidoff has covered baseball for the New York Post since 2012, previously writing for Newsday and The Record in Hackensack, New Jersey. 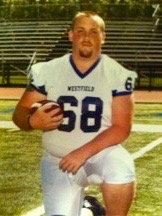 In order to get a feel for how Westfield feels on this topic, we hit the streets and asked several students at Westfield State University their take on the rivalry.
“New York all the way,” said Kyle Nolan, a criminal justice major who moved to Massachusetts from New Jersey. “I love my Giants. We won’t talk about the Knicks, but I’m not much of a basketball fan anyway.”
Nolan’s opinion, however, was not shared by much of the community.
“There’s just something special about Boston. Not only do we win, but the fan base is incredible,” said Nathan Nichipor, a junior environmental science major.
As students filed in and out of the Ely Campus Center, many of them were donned in Boston sports apparel: Red Sox caps, Bruins hoodies and Patriots championship gear.

“Growing up as a Boston sports fan, there was always a natural hatred for New York sports, it’s like we are born with it,” said Robert Pimentel, a junior. “Whatever they have thrown at us whether it be signing former players, beating us the previous year, or breaking a perfect record, we always seem to make a comeback.”
Both cities have their fair share of bragging rights when it comes to sports greatness. The New York Yankees have won a record 27 World Series championships, while the Red Sox have been far more dominant in recent years, winning World Series titles in 2004, 2007 and 2013. Boston also has a championship juggernaut, however: the Celtics have a whopping 17 NBA Championship titles. 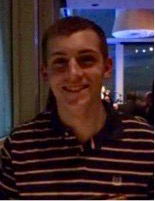 One thing New York fans love to talk about, however, is the New York Giants. More specifically, they like to talk about the Giants’ two Super Bowl victories over the New England Patriots. Pats fans, however, will be quick to point out their five Super Bowl victories led by the dynamic duo of Tom Brady and Bill Belichick. When it comes to hockey, the New York Rangers have hoisted the Stanley Cup four times, while the Boston Bruins have lifted it six.
“I’d say in the grand scheme, New York has more overall titles. When it matters they always seem to overcome every obstacle in their way,” said Dan Hartmann, a criminal justice major from Vernon, New Jersey.
If you’ve ever tried to debate this rivalry with a fan of the opposing city, you know it’s an argument that nobody is winning any time soon. It might be best to just grab your friends, head to Shortstop Bar and Grille on April 20 at 5:30 and let these two guys do all the talking.