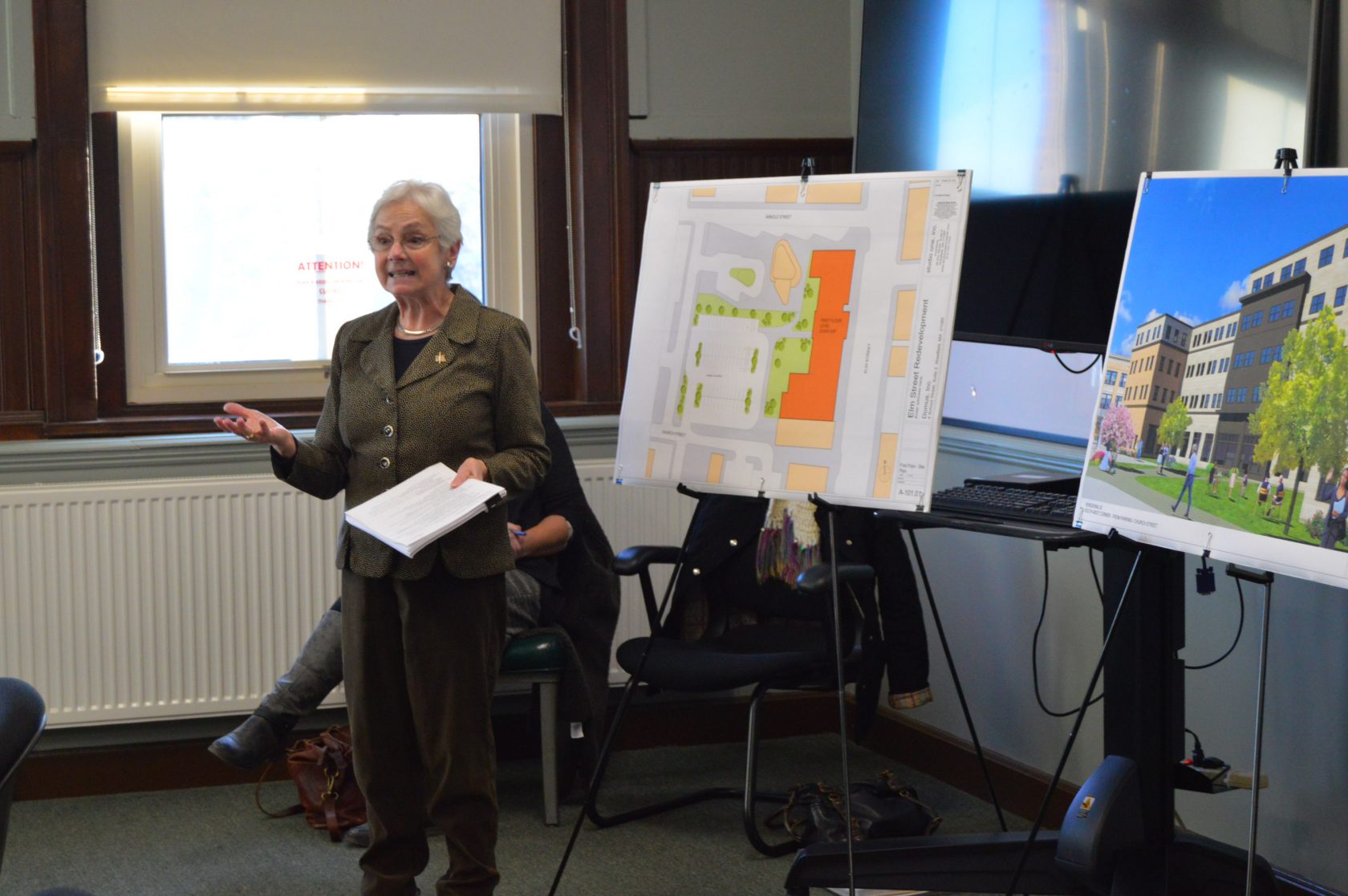 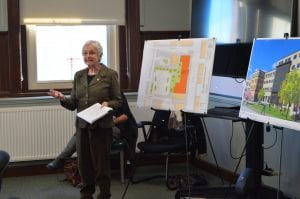 Ann Lentini, Executive Director of Domus Inc., explains the details of their proposal for the Elm St. project earlier this year. Next to her is a floor plan for the entire property. (Photo by Peter Currier)

WESTFIELD- It’s back to the drawing board after the Westfield Redevelopment Authority voted March 3 to reject both proposals by developers interested in the Elm Street Urban Renewal Project.

Authority Chair Kathleen Witalisz said that they voted to reject the proposals of Arch Communities LLC and Domus, Inc. because they want more input from the city on the project. Members of the Authority are expected to make a presentation to the City Council March 5.

Witalisz said that there were a number of factors they would like to look at more closely before they commit to a developer for the project.

Both Domus and Arch submitted proposals for the project earlier this year. Each company designed a building that would be multiple stories and would have a mix of residential and commercial units.

Needham-based Arch Communities was disqualified last month after a conflict of interest was brought to the attention of the Authority. Former Authority Executive Director and consultant Jeff Daley was listed as a managing partner with WestMass Area Development Corporation, with whom Arch is working on the project proposal. Daley had previously been working with the Authority in the earlier stages of the Elm Street project. Acting Executive Director of the Authority Peter Miller said that by law Arch is disqualified from the project.

Both companies being disqualified means that the Authority must restart the search for new developers once they have a better grasp of what they want built on the Elm Street property that was formerly the site of the J.J. Newberry’s Department Store. It has remained vacant since the store burned down in 1986. 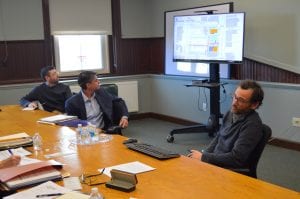 From left: Alex Davis, Nick Buehrens, and Rich Relich explain the layout and timeline of the Arch Communities LLC. proposal for the Elm St. project. (Photo by Peter Currier)

Witalisz said that both developers could potentially submit new proposals once a new Request for  Information (RFI) or Request for Proposal (RFP) is sent out. Domus and Arch Communities had responded to an RFI.

Miller said that the Authority is unsure if it will go forward with an RFP or and RFI.

He said their next steps depend largely on what feedback they receive from the city.

“We would hope to receive some feedback from the city council and mayor on what direction to pursue,” said Miller.