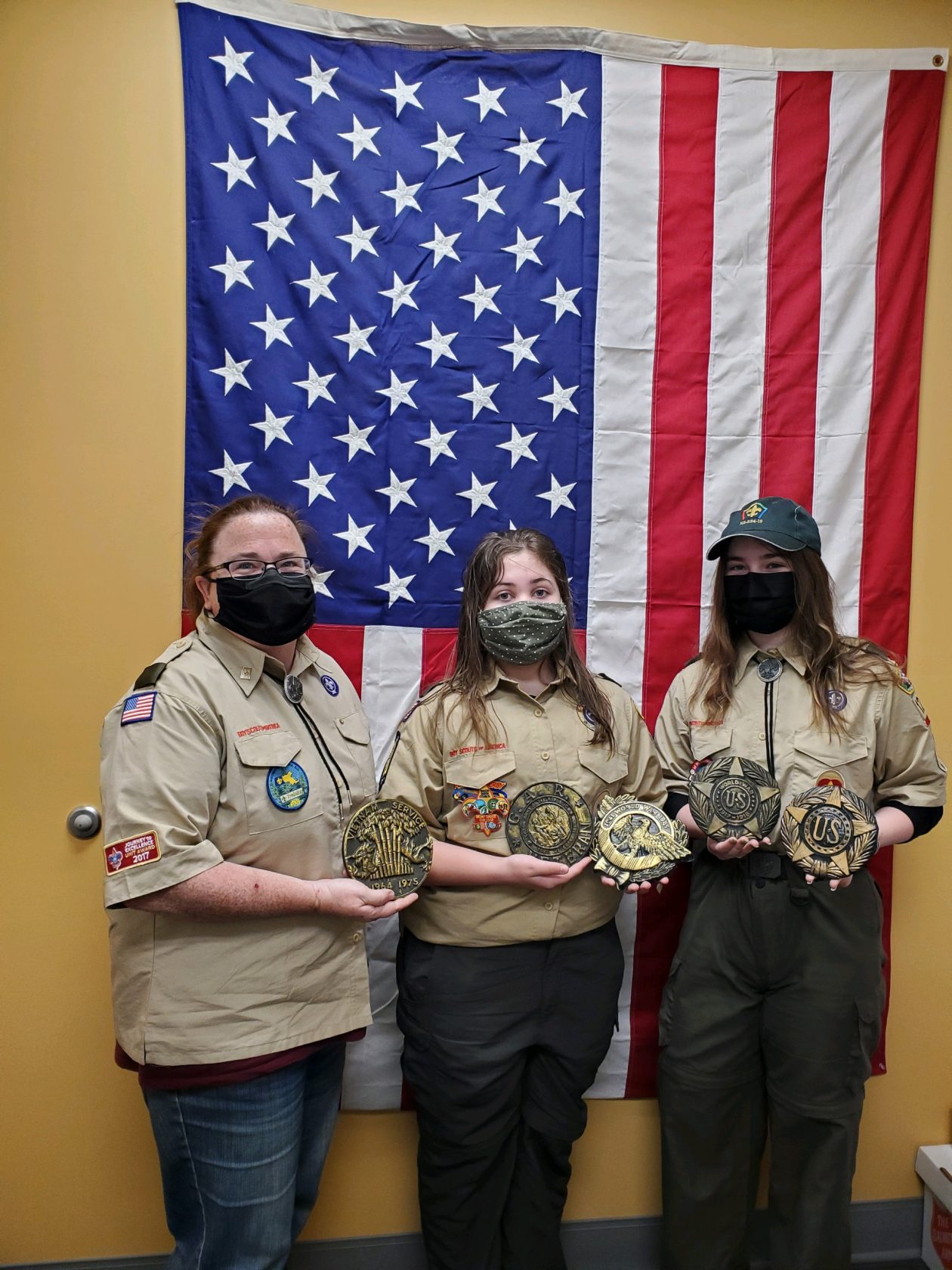 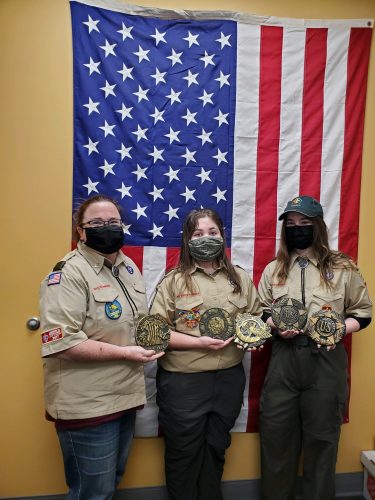 WESTFIELD – Boy Scout Troop 124 recently completed a “huge” service project for Veteran Services, according to Director Julie Barnes, who presented them with a certificate this week.

“We had approximately 500 old grave markers that were going to be thrown away. The Scout Troop took on the process of restoring them, saving the City approximately $4,000. I am beyond grateful for their hard work. It took them four months to complete the project. They cleaned and painted the markers so they looked like new,” Barnes said.

Barnes said the plastic military grave markers came from St. Mary’s Cemetery, after the Archdiocese said the markers could no longer go in the ground there.

Boy Scout Troop 124, led by Scout Leader Jodie Gaugh and Assistant Scout Leader Cathy Thibodeau, with members Lily Gaugh, Kyan Wildman, Riona Quesnette, Abby Thibodeau and Madeline Bresnahan, took on the project. The scouts dropped off the markers to Barnes’ office this week so they could have them ready to flag the cemeteries for Memorial Day.

“It will take us ten years to go through all those markets. It’s such a huge benefit to the city to do them. I was going to do it myself, but it would have taken me years,” Barnes said. 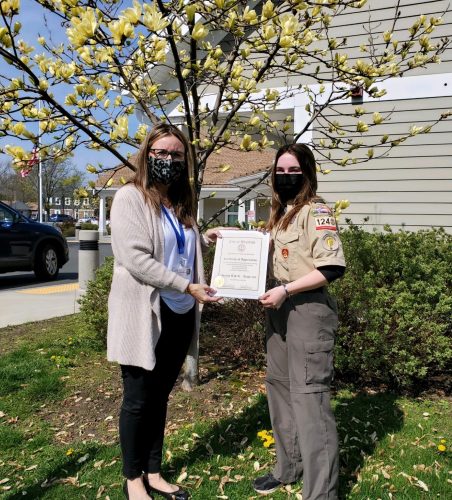 Troop 124, which is attached to American Legion Post 124, will also assist Gary Fontaine and Post volunteers with flagging veteran’s graves at St. Mary’s Cemetery for the two weeks before and after Memorial Day.

Barnes said Veteran Services relies on volunteers to put out the flags on all of the veteran’s graves in the city on Memorial Day and on Veteran’s Day. “We only have three people here in the office. If we had to flag every cemetery, we’d be out there for months. I have about 4,000 flags we give out,” she said.

Other volunteers include Don Wielgus from the Purple Heart Trail Foundation, who oversees the flagging at Pine Hill with the help of volunteers; Henry Monczko and Rudy Mustrait at St. John’s, Curtis Yetton at St. Joseph’s, and Keith Buckhout from Marine Corps Detachment 141 at East Mountain and Mechanic St.

Veteran Services’ Grave Officer Gene Theroux oversees flagging at Middle Farms and Mundale cemeteries, both old and new. Theroux is also doing a project to get GPS coordinates for every single veteran’s grave in the city. “He’s amazing, he’s such an asset to the city,” Barnes said.