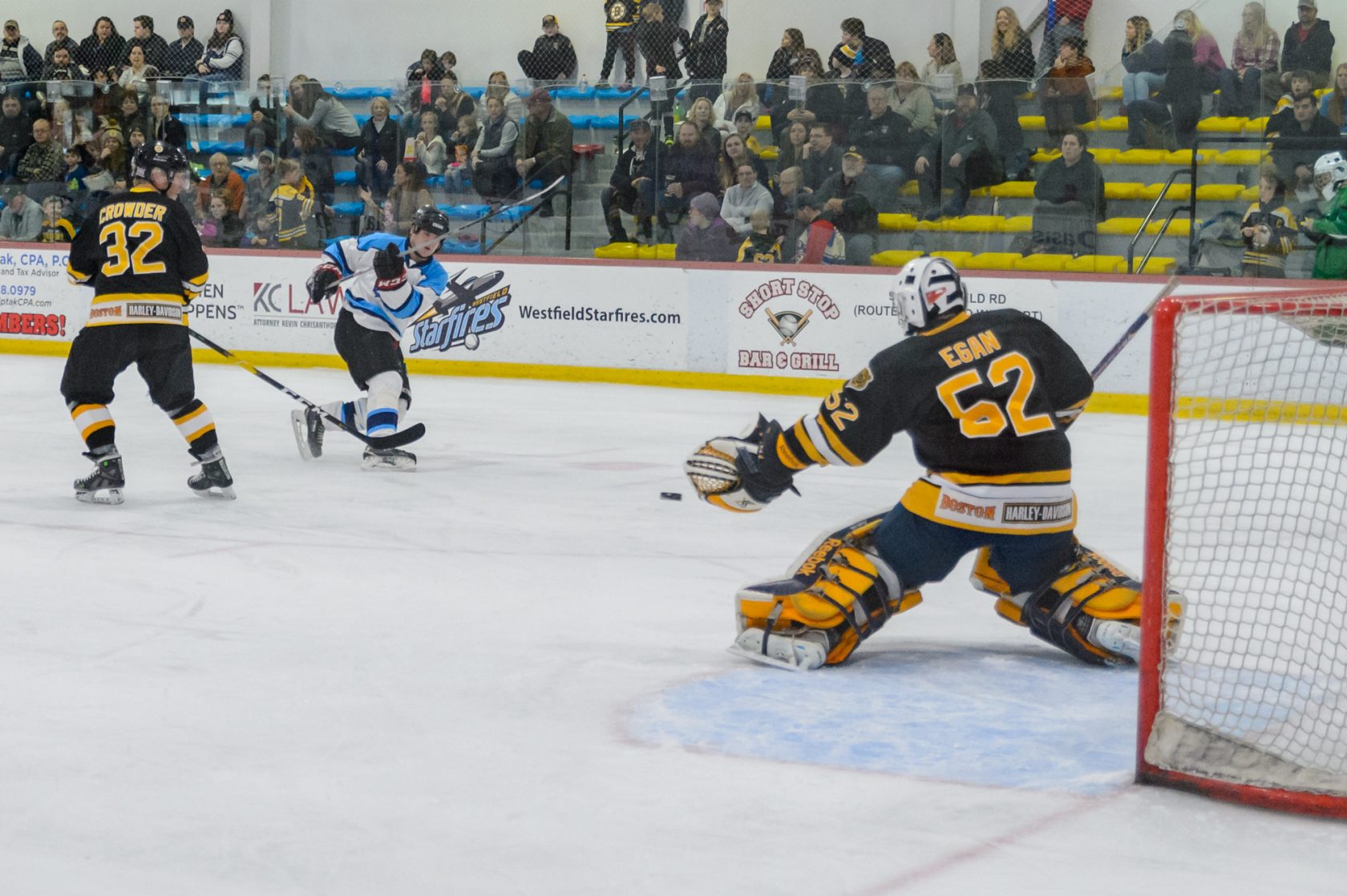 WESTFIELD- The Advance Manufacturing Co. All-Stars, which included members and coaches from the Westfield Youth Hockey Association, took on the 2020 Bruins Alumni team, which was missing some of its larger names like Ray Bourque and Terry O’Reilly, in an entertaining game full of laughs and fun for the entire family despite losing 9-6 Sunday.
Along with the game itself, fans had the chance to grab some new Bruins’ gear, including clothing and hats and a chance to win two tickets to an upcoming game between the Boston Bruins and the Calgary Flames. The game was also part of the Alumni team’s tour to celebrate the Bruins’ 1970 Stanley Cup Championship so fans could also acknowledge and remember the team’s history. 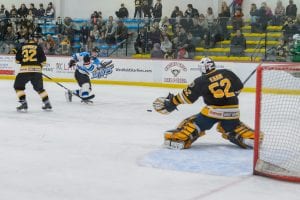 In a fast-moving first half, the Bruins quickly went up 5-1 with goals from Bruce Crowder and Dave Shaw along the way while Aaron Michelucci scored Advance Manufacturing’s lone goal of the half.
Once the teams left the ice after the first half, Westfield’s Youth Hockey players took the ice for a five-minute scrimmage while players from the Bruins’ Alumni team went out into the lobby to talk with fans and for plenty of photo and autograph opportunities.
By the time the second half started, it was clear the game was going to be less about winning and more about fun and laughter for the fans in attendance after the Bruins scored three goals in the first nine minutes of the half to give themselves an 8-1 lead. Several times throughout the game players on the Bruins’ bench stuck their stick out whenever Westfield had a breakaway opportunity with very little success, but drew laughter out of the crowd every time.
With just over 11 minutes to play in the game, Bruce Shoebottom dropped the gloves and tossed his stick, nearly hitting one of the Westfield players in the process, and got into a fake fight with one of the Whip City’s skaters, to the amusement of the crowd that began roaring with laughter immediately.
Then the antics continued on two Westfield penalty shots in the final 10 minutes of the game when one of the Bruins’ players tossed a stick at a Westfield player going for the shot and another slid a Gatorade bottle across the ice just minutes later.
In the final minutes, the scoring exploded from the Advance Manufacturing All-Stars, who scored five goals in the final 15 minutes, including an absolute snipe from Greg Pauli who was coming up in the slot without a defender in sight.
During the flurry of goals and scoring chances for Advance Manufacturing, the Bruins continued their antics as Bob Sweeney ripped a shot off of the post on his own net to clear the puck out into the neutral zone.
Despite the Bruins’ antics and fun approach to the final moments of the game, Westfield could not come back and lost 9-6.