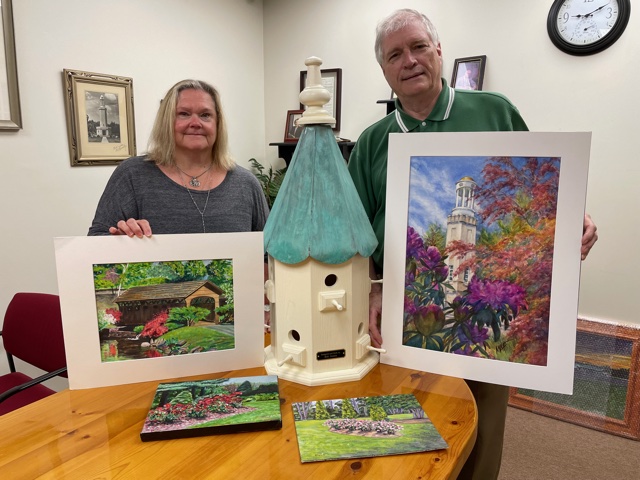 This year’s fundraiser theme is “Carry On the Carillon: There’s Music in the Air,” and funds raised will benefit the repair and restoration of the Carillon Tower that is the predominant landmark in the park.

Mary O’Connell and Tom Fiske are serving as committee co-chairs of the online auction which runs from Sept. 12-18.

In a fundraising letter, O’Connell and Fiske note that because of “unforgiving weather conditions that New England is noted for and the tolls of aging, the Carillon Tower is in dire need of repair and restoration.” 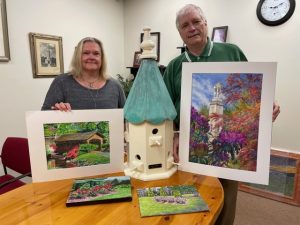 The Carillon Tower, which was envisioned by Stanley Park’s founder, Frank Stanley Beveridge, and was built and dedicated in June, 1950, is one of less than 175 documented Carillon Towers remaining in the United States.

“Upon completion of the Carillon Tower’s project, it will ensure the safety of folks visiting in and around the tower,” notes O’Connell and Fiske. “Stanley Park’s staff and its board members want the Carillon Tower to be around for the enjoyment of individuals and families for generations to come.”

Since the initial request for donations was sent out in a fundraising letter, a host of area artists and craftspeople have already dropped off original works of art for the auction.

As a private nonprofit organization, Stanley Park relies on the generosity of donors to help support the park’s upkeep and improvements, according to Lori Fiske, development coordinator.

“We welcome a wide variety of donations,” said Fiske, adding that unique items, artwork and gift certificates to restaurants are always appreciated.

All donations will be showcased with a detailed description including the donor’s name. The  deadline to submit a donation is Aug. 8.

“You will also have your name and business logo, if applicable, listed on Stanley Park’s online auction donation page,” said Hillary McEwan, development coordinator. “This is a great way to market your business as well as support a great cause.”

Monetary donations may also be made at any time and can be mailed to Stanley Park, Development Department, 400 Western Ave., P.O. Box 1191, Westfield, MA 01085. For general donations toward the Carillon Tower project, note that information on the check’s subject line. 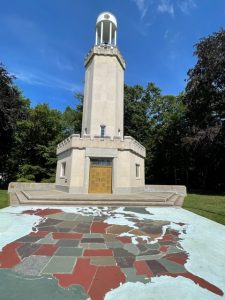