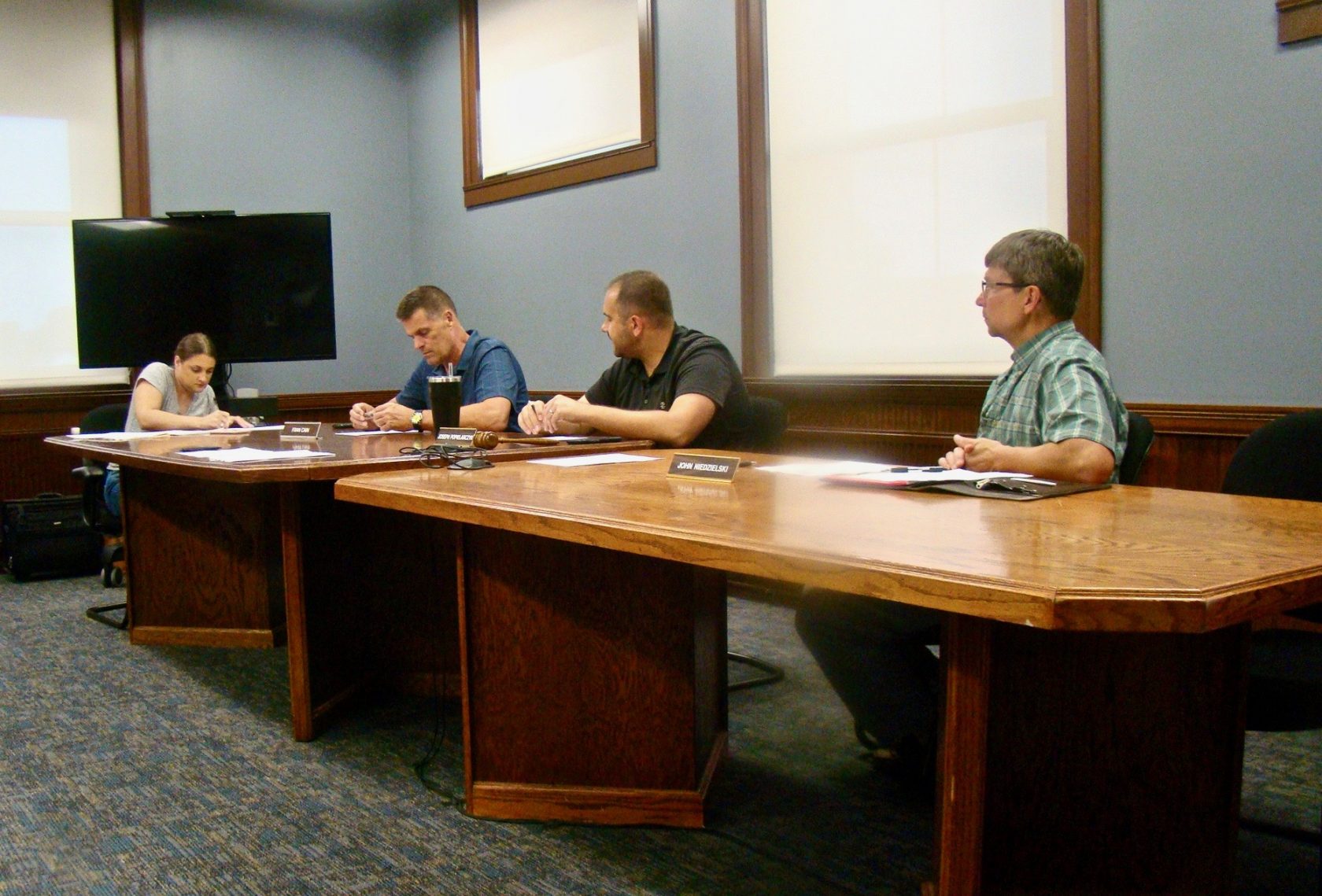 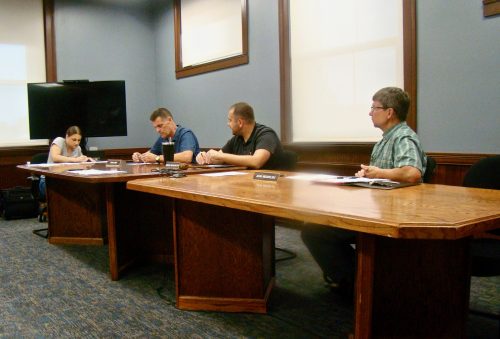 The Water Commission heard concerns about the tiered rate system at the meeting on July 6. (AMY PORTER/THE WESTFIELD NEWS)

The Water Commission voted unanimously June 1 to change the rate structure for city water bills from a fixed rate system to a tiered rate system.

Jayne Mulligan, president of the Glendale Condo Association, said the tiered rate system penalizes multi-family dwellings that have several units on one meter that will be charged the highest rate of usage, even though broken down, each unit would normally qualify for the lowest rate.

As an example, she said in the past quarter, the usage in her association was 168,000 gallons for 28 units. She said divided by units, each unit would be using roughly 6,000 gallons per quarter. 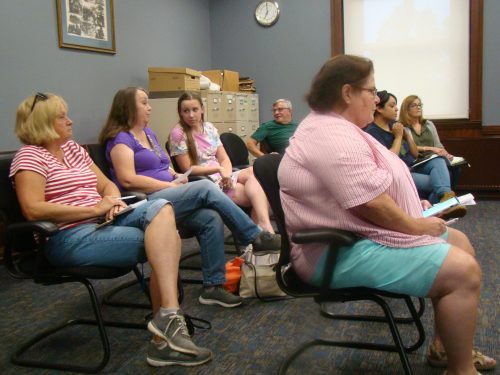 Mulligan said the condo association is going to be charged unfairly. “Under the new tiered system, we’re going to be charged the highest tier when in fact each unit is well under tier 1,” Mulligan said. She asked the commissioners what consideration was given to multi-family unit dwellings. “To us, it seems completely unfair,” she added, suggesting they either charge the low flat rate, or divide the usage by the number of units.

Mulligan said the city may have the same situation with businesses where there are two or three businesses that rent space in a building. “I think it’s a huge scope, probably thousands around town,” she said.

Water Commission Chair Joseph Popielarczyk thanked Mulligan for bringing the issue up, and said they are looking into it, but it may have to be on a case-by-case basis. He said they want to be sure they treat everyone fairly.

Ward 4 Councilor Michael Burns, who is the liaison to the Water Commission, asked the commission to reconsider going to the tiered system, which he said is too complicated. “I’ve heard a lot of complaints and concerns. I’d like you to consider going back to the old rate,” Burns said, adding that one business owner that called him who uses 1,000 gallons of water a day said the new rate would be “catastrophic” for his business.

Susan Drive resident Kathleen Hillman said she is concerned about the way that water is billed, and when unpaid goes as a lien on the property. She said people don’t pay the water bills.

Jane Okscin, who lives on Steiger Drive in Ward 5, said she has studied the water bills extensively there. She said she believes that the high bills in Ward 5 are in part due the water pressure being too high. In her case, one recent water bill showed a quarterly usage of 37,000 gallons. She tested the water pressure at 105 PSI, and using a regulator got it down to 75 PSI. She said the next bill with the regulator was 25,000 gallons for the quarter. She recommended people in Ward 5 get regulators.

Okscin also said she believes the Water Department will lose money on the tiered system because the rates of 78 percent of the houses will go down. She said the new water meters are accurate, whereas many of the old mechanical meters were broken, and the department lost money for years. “Too many houses went too many years with no meters,” Okscin said, citing the department’s billing increasing by 29.8 percent in 2020 with the new water meters in place. She also said that in 2018 and 2019, ten percent of homeowners never paid, which went up to 20 percent in 2020. “”Revenue is going down. People aren’t paying,” she said.

During the meeting, the Water Department office manager Hannah Larkham said she had called Munis to ask about multi-family dwellings on one meter, and how that could be addressed for billing. She said currently they are billing by account per meter.

Popielarczyk said that multi-family seems like it will be a challenge for the administration. He said it has to be resolved before the next billing period.

DPW Secretary Joanna Williams suggested the commission also reach out to Tighe and Bond to discuss the issue.

Interim Superintendent Francis Cain suggested that condominiums install individual meters for units. Burns said they tried to do that at one association when he was on the Water Commission, but they wanted the city to install them.

Commissioner John Niedzielski said the reason for going to the tiered system was that water restrictions are not very effective. “There is a percentage of people using a lot of water. With costs increasing, we have to do something. We have concerns about pipes, and want to have enterprise funds in place for some of these scenarios,” he said.

“There is an umbrella of issues here,” Popielarczyk said, adding, “A solution to this is critical. There needs to be a resolution to this, or we may have to reconsider.” He said the commission could hold a special meeting in July in advance of the August billing, if needed.