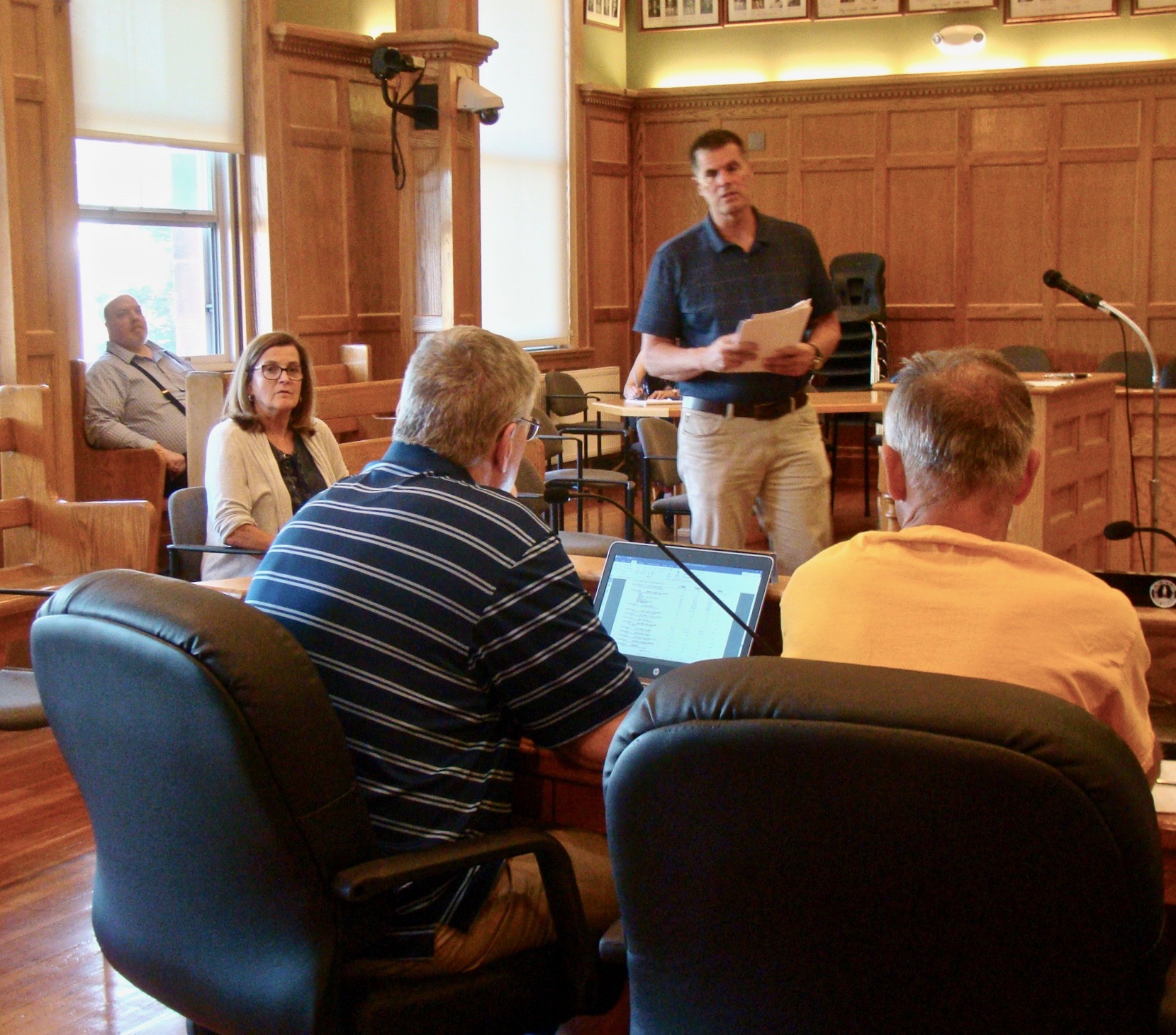 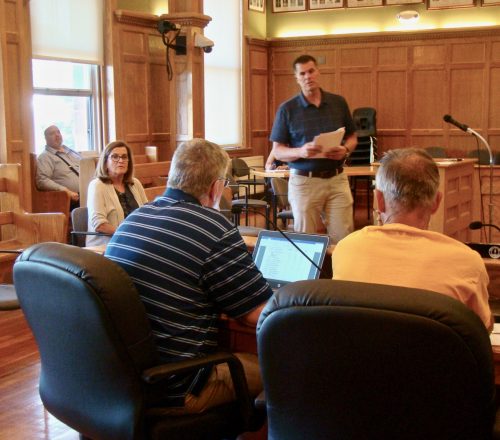 WESTFIELD – Nearing the end of the department reviews for the City of Westfield’s FY22 budget, Finance Committee Chair Ralph J. Figy said on June 16 that he thought the review process was “going very well.”

“The department heads are very well prepared and know their budgets, and the budgets presented so far to us have been reasonable,” Figy said.

Talking about this year’s process, Figy said the reason the Finance Committee is convening meetings of the whole city council instead of sub-committee meetings for the budget reviews is to allow all city councilors to ask questions of the departments along the way.

During regular sub-committee meetings, if there is a quorum of seven or more councilors in attendance, then only the members serving on the sub-committee may ask questions or speak in order not to violate the Open Meeting Law (OML).

In 2019, At-large Councilor Dave Flaherty registered an OML complaint against the Finance sub-committee, then chaired by At-large Councilor Brent B. Bean, II, for allowing questions and comments from councilors in attendance at a budget review meeting on June 19, 2019 who were not on the subcommittee. The complaint was found valid by the Attorney General’s Office in a determination dated Feb. 13, 2020, because the meeting had not been posted as a meeting of the whole city council.

In order to avoid any violations in the following budget review cycle in 2020, Figy as chair, implemented the finance meetings of the whole to allow for a full discussion by all councilors..

Flaherty’s complaint also said the minutes from the June 19, 2019 meeting were not detailed enough to represent the discussion. The AG agreed, and asked the minutes to be amended. Since that time, the Finance and Legislative & Ordinance committees have asked and received scribes for their meetings, so that committee members do not have to take their own minutes as well as run the meetings. For committee meetings of the whole, minutes are taken by City Clerk Karen M. Fanion, who takes the minutes for the city council.

Last year, Figy also changed the format of the budget reviews to ask councilors to make recommendations for any cuts at the end of each department’s presentation, or to vote to accept the budget as presented. This year he continued the same format, which he said had received “rave reviews.”

A new change Figy made this year was to schedule the public hearing on the budget in advance of the first budget review. Last year, the public hearing was scheduled at the end of the reviews before the final vote by the council. Figy said he had received feedback that it was too late in the process.

The only participant during the public hearing on June 10 was Lisa Okscin, president of the Westfield Taxpayers Association, who submitted a letter to be read. In it, she objected to moving the public hearing up front. “Last year’s presentations were quite informative, and I expect this year to be the same. It is tough to compile meaningful public participation prior to hearing all the departments’ pitches for what is in their budget. Potentially after these presentations we will be able to provide more guidance on what should be cut,” she said.

Flaherty expressed similar concerns about the process at the first budget review which immediately followed. ”I think the format this year is not good for anybody except for the early departments. I don’t like these finance committee meetings of the whole. It’s the finance committee’s job to do the early work of reviewing the departments … I’m going to make a motion to table the vote on all these departments. If that doesn’t happen, I’m going to be a no on the budget,” he said.

Ward 1 Councilor Nicholas J. Moganelli Jr. agreed, saying that by voting on each department, there’s no opportunity to get feedback from the public. Both he and Flaherty have subsequently been “no” votes on all of the department budgets, with a few exceptions.

All of the department’s budgets to date have passed with one cut of $30,000 to the Mayor’s Office, a reduction of 50 percent to the salary item for a new city advancement officer. The cut was made because the position is tied to the mayor’s term in office, and the rationale was to not hire someone before the next term begins.

Figy said one of the revelations of the department reviews has been how many unfilled positions there are in the city. During the process, the council has discussed why positions remain unfilled, and Council President Bean said filling them needs to be a priority.

The final department reviews are scheduled for June 21 beginning at 5:30 p.m. with a review of Emergency Management, Conservation, the Police Department and Animal Control.

All of the broadcasts of the meetings are posted at cityofwestfield.org under Community Access TV and on Westfield Community Programming on YouTube.

On June 24, a reconciliation meeting is scheduled for 6 p.m. Figy said this meeting will be an opportunity for the auditor to present to the council the revised budget reflective of cuts, and an opportunity for other cuts to be presented. Flaherty has promised to take advantage of the opportunity.

The final vote on the budget has been moved to June 28. Bean said as of June 16 and going forward, all of the city council meetings will be held in City Hall.