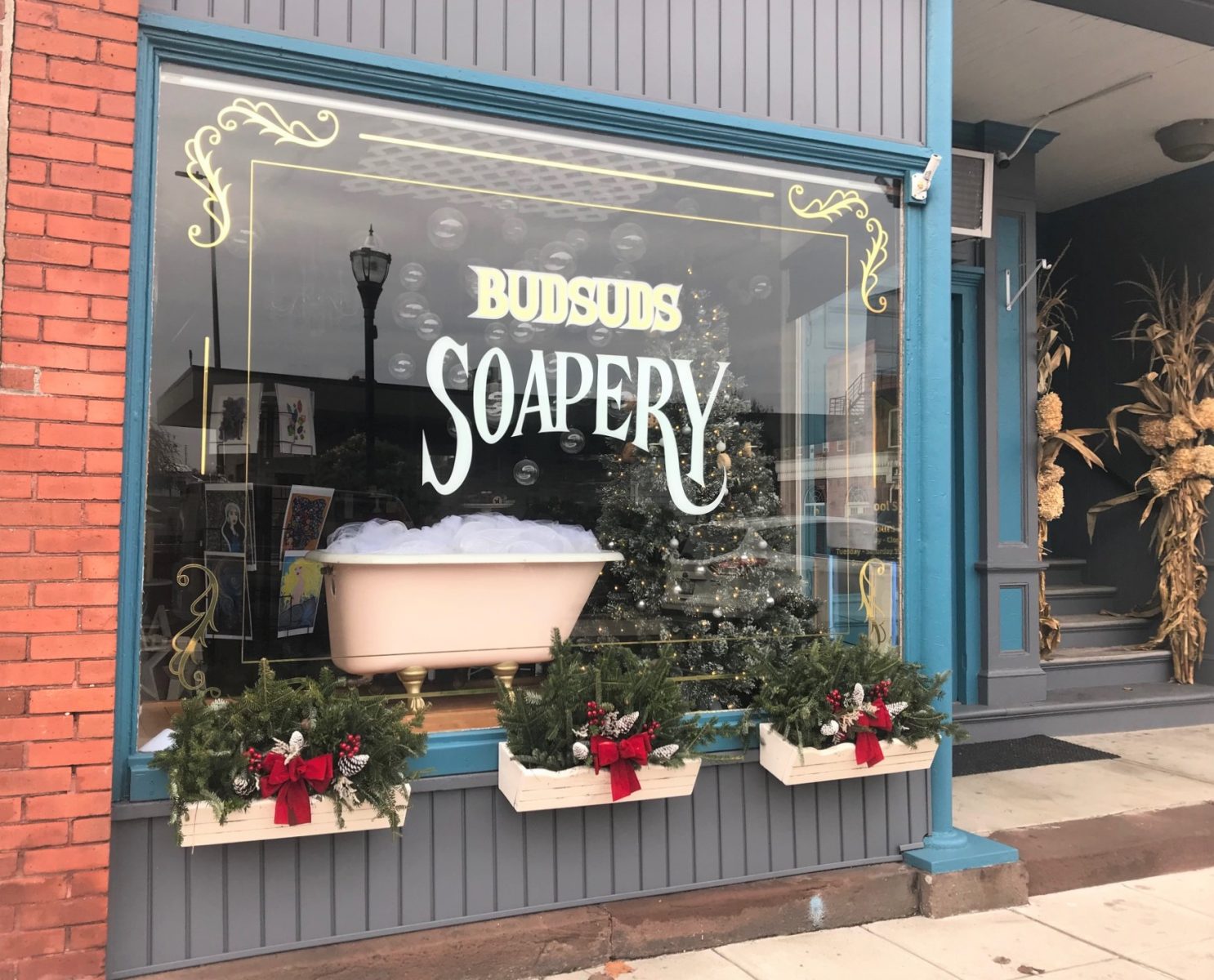 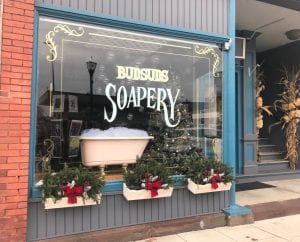 WESTFIELD- A number of downtown businesses are participating in Shop Small Saturday Nov. 30, including Budsuds Soapery.

Budsuds Soapery on School Street has been open as a physical store for less than a year, and co-owner Amanda Caracciolo said she wants to take part in their first Small Business Saturday. As part of the focus on small business, Caracciolo said that there will be a sale of 10 percent off the price of every product in the store. She said that the sale will definitely be ongoing for Friday and Saturday, and that she may continue it on Sunday as well while everyone is still shopping.

Budsuds was an online-only store for six years before Caracciolo and her husband Joe opened up shop in Westfield.

Budsuds specializes in soaps that are infused with Cannabidiol, commonly known as CBD. The substance is a non-psychoactive cannabinoid that is usually found in marijuana alongside THC. When extracted alone, it is considered to have beneficial properties and CBD’s effects on the body and mind are mostly considered positive by scientists, and therapeutic in nature.

“My background is in skincare, and I had always wanted to make my own product and own my own business,” said Caracciolo.

Caracciolo noted that she has seen a trend of larger companies beginning to sell CBD products in the last few years. When she and her husband were only selling their products online, there was a period between 2015 and 2016 when the CBD market sexploded and gave them a lot of business. Until that point, she said, they were really the only such business in the area.

Looking past Small Business Saturday, Caracciolo said that they will host a celebration of their one year anniversary of opening a physical store on New Year’s Eve. She said that they will have extra specials for customers as part of the celebration, and that flyers advertising it will be coming out in the next couple of weeks.