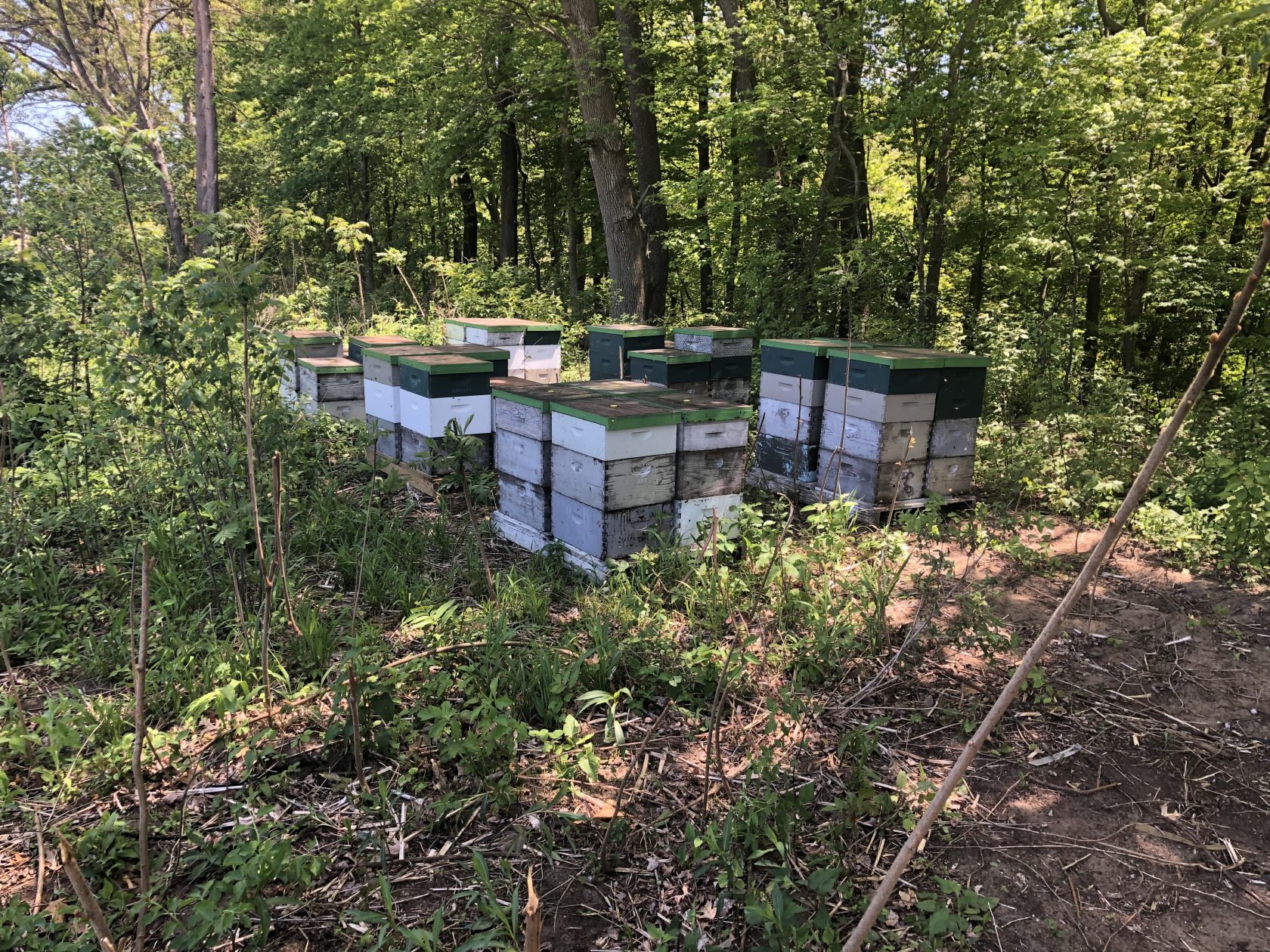 SOUTHWICK-Bill Crawford has a honey of a deal for area residents who are willing to share a “fairly open area” of their land for his busy and “generally friendly” bees.

Crawford, owner of New England Apiaries LLC/Billy C’s Local Raw Honey on Klaus Anderson Road, runs approximately 1,650 colonies, most of which spend the spring and early summer in dozens of locations from Westfield, Palmer and Hatfield to Hartford, Conn.

“While our home, business, and honey house is here in Southwick, we actually don’t have any bee yards in Southwick other than on my property, and I am looking to change that,” said Crawford, adding he is always searching for bee yards north, south and east of town. 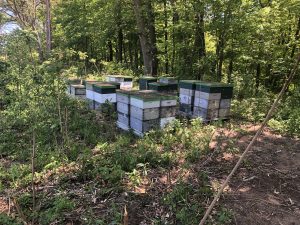 “I’m looking for more locations to place hives this month, as well as in June and the first week of July to produce local raw honey,” said Crawford, adding almost all of the colonies are sent to northwest Ohio in July and August for pollination before returning to Georgia for the winter.

“The ideal location would be along the edge of a field, behind a business, or generally in any fairly open area,” said Crawford, adding he does on occasion have to get close to the hives with a small/medium flatbed truck to service the colonies.

“Our average sized bee yard for honey production is eight pallets, or 32 colonies,” he said. “However, sometimes we may have 24 or up to 48 colonies of location with four hives on a pallet depending on the location and anticipated amount of target honey producing plants and trees in the area.”

“If you can imagine six to eight pallets on the ground with enough room to walk in-between and around them with a smaller T post electric fence around them, that’s how much room I’m seeking,” he said.

Crawford noted that a site doesn’t need to have a wide assortment of flowers to be suitable for a bee yard.

“Bees readily travel a couple miles in every direction,” he said. “Some of our target plant species that we try to be near are black locust trees, basswood trees, Russian/autumn olive, sumac, and clover.”

Crawford said with parasites  and drought conditions experienced in 2020 in the region, he believes “more than half of the bees in our area died last year.”

Area residents throughout Western Massachusetts are welcome to reach out to Crawford via email at [email protected]landapiaries.com or call/text to (413) 454-8403 to determine if their land might be suitable for a bee yard.

“I would always be open to finding a holding yard as well,” said Crawford, noting the site would allow for loading and unloading tractor trailers with bees. “Preferably we would need to be 400-500 feet away from a house.”