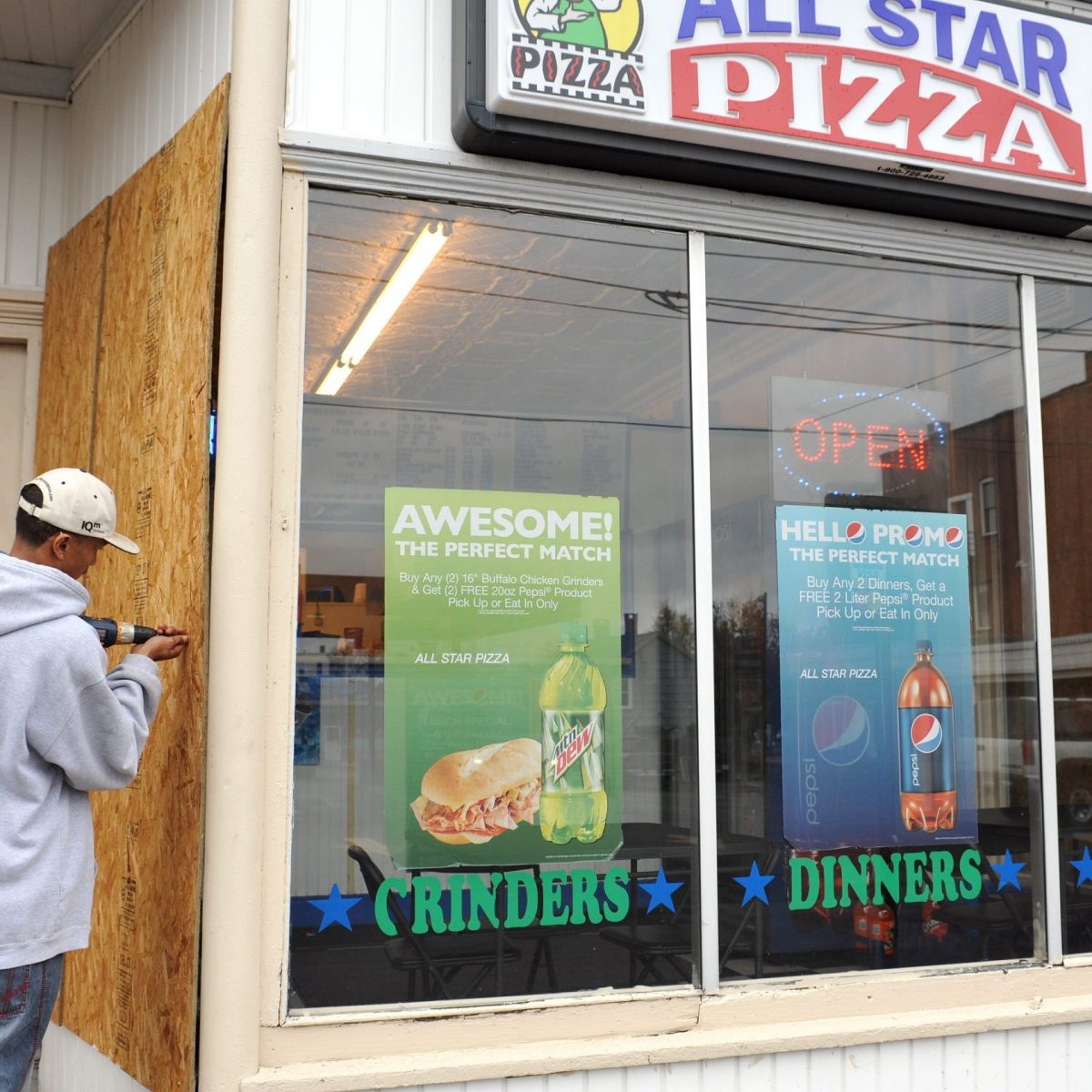 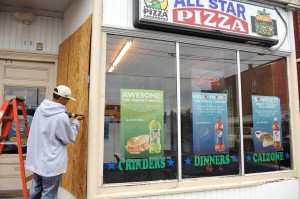 Jose Ramos helps secure the large display windows at All Star Pizza on School Street in Westfield in preparation of Hurricane Sandy. Ramos was part of a maintenance crew for Dan Orszulak, the building owner. (Photo by chief photographer Frederick Gore)

WESTFIELD – Some local businesses were taking precautions this morning as the wind began whipping leaves around the city.
Dan Orszulak enlisted help from his nephew Jason Torres to board up the windows on a building he owns on School Street.
“There’s construction work going on across the way and there might be debris coming at us – you never know,” said Orszulak.
His building tenants include All Star Pizza, which planned to remain open as of earlier this afternoon.
“It’s better to be safe than sorry,” Torres said as he screwed plywood boards over the front windows. “It’s happened before. We lost a window in another storm.”
The lessons learned in previous storms were taken to heart at Staples on East Main Street where Manager Greg Kingsley worked with the district office to prepare for Hurricane Sandy. Piles of sandbags were at the ready at the front entrance to Staples, as well as at the side and rear doors.
“Last year we had water damage and were shut down for three days,” Kingsley said, referring to Tropical Storm Irene.
That storm brought rain to the already high rivers and a dam break caused the Westfield River to flood much of East Main Stret, including the Westgate Plaza where Staples is located.
“We had three or four inches of river water in the store last year, but we immediately had a cleaning crew in here and opened in three days,” Kingsley said.
Kingsley and his staff took further precaution by raising boxes in storage on pallets.
“Nothing on the sales floor is of major concern,” he said, noting that the base decks of all the displays are raised.
Staples closed at 1 p.m. and Kingsley said the plan at closing was to reopen at 8 a.m. Tuesday morning. However, he said that was subject to change.