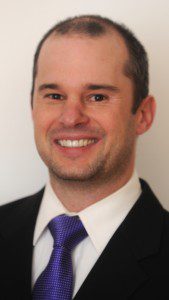 WESTFIELD – The Cable Commission and city officials discussed the status of the city’s negotiation for a new contract with its current provider, Comcast, as the 10-year lease is set to expire on March 29, 2014.
The Cable Commission is an advisory municipal board set up to assist the sitting mayor with negotiations with the city’s cable provider, which has changed a number of times since cable was first introduced to the city, through various telecomm industry buyouts and mergers. Comcast, owner of the NBC television network, is the successor firm of that industry evolution.
The city, under federal and state law, is limited in what it can negotiate. Cable fees and channel programming are not on the table, although the city has requested Comcast to adopt a senior discount, part of local contracts in other communities in the state.
Commission Chairman Douglas J. DeLeo said the pending expiration of the contract without a successor contract in place has occurred several times in the city’s cable television history and that the current contract remains in place through an extension until a new pact is accepted by both parties.
DeLeo said that one major exception of extending the present contract is that a fee, assessed to customers to pay down the debt for equipment Comcast purchased for the city at the beginning of the 10-year agreement, will expire.
Community Development Director Peter J. Miller Jr., who has been directly involved in contract negotiations with Comcast, said there are still issues and concessions both are seeking from the other. The city is seeking additional local channels to expand local programming, improved networking capabilities and newer technology.
DeLeo said that part of the negotiation relates to changing language and definition in the current contract, language that does not reflect significant changes in telecommunications and the evolving television service provider industry.
“The terms they use for defining service are antiquated, basically just what they are obliged to do,” DeLeo said. “What is the value of this relationship? Years ago they used to wire the schools, but they don’t do that anymore.”
The city is seeking 1 ½ percent of the “gross annual fees” as the city franchise fee. “That’s in the neighborhood of $250,000 a year,” Miller said. The city can request up to 5% of the gross annual fees, under federal law.
The city is also rejecting Comcast’s bid for a 10-year contract, seeking to establish a five-year pact.
“The term of the contract is not up to Comcast,” Miller said. “We’re concerned about the length of the contract because of changes in the industry. The contract term is at the mayor’s discretion.”
Miller said that as Comcast and other major television service providers acquire programming and other related services in addition to their cable distribution business through buyouts and merges with other firms, the Federal Communication Commission “may begin to look at the new entity as a utility. The feds will look at those providers differently.”
Miller said the city does have the right to withdraw from the negotiation process and release a request for proposals (RFP) or request for qualifications (RFQ) for a new cable provider.
DeLeo said that is typically a three-year process and that it would involve discussion of infrastructure to support a new provider.
“The goal is to come out of this with the resources to do what we want to do,” Miller said. “We know we have to invest in equipment. We know we have to invest in broadcast capabilities. We know we want a second local channel.”