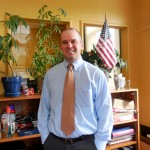 RC Retail Westfield LLC, doing business as Red Cardinal, had been scheduled for a public hearing with the Planning Board on Oct. 5. The planned marijuana shop at 265 Union St. was one of four cannabis retailers to have signed host community agreements with the city. Westfield has capped the number of retail licenses allowed at four.

Bradford B. Moir, an attorney representing RC Retail, asked to withdraw the permit application without prejudice. City Planner Jay Vinskey said the Planning Board must honor such requests.

RC Retail was facing an uphill battle at the location. Planning Board members and abutters had expressed concern about the appropriateness of placing a marijuana retailer in a neighborhood with large numbers of children and families. They also cited traffic issues and flood zone concerns, which would have been discussed by the Conservation Commission.

At its third hearing on May 20, Rob Levesque of R. Levesque Associates, who was helping the company with a revised site plan, asked board members for a “temperature” to find out how they were leaning “to be fair to the applicant before voting on a continuance.” No Planning Board members expressed support for the project. The project was continued nonetheless at the request of Jeff Roblyer, construction supervisor for RC Retail, in order to do further traffic studies.

This week, Community Development Director Peter J. Miller expressed regret at the withdrawal, and said he thought that Union Street was a “solid site for them — industrially zoned, but also visible to the public on a street that’s well-traveled.”

The two marijuana retailers that have opened so far in Westfield, Cannabis Connection and Heka Premium Marijuana, are in industrial zones near the Massachusetts Turnpike exit.

“I haven’t seen many major traffic issues from these establishments since they’ve opened,” said Miller. “It’s too bad. Hopefully, [RC Retail] will be able to find a location that works for them and the Planning Board.”

In addition to limiting the number of retail establishments, the city also voted to limit cannabis retail to Industrial A zones.

“This is probably one of the last remaining sites for marijuana,” Levesque said at the May hearing about the Union Street site.

Miller said despite withdrawing the permit application, RC Retail still has a valid host community agreement, signed by the mayor on Nov. 9, 2020. The host agreement is not tied to a particular site, though it does have a deadline.

“They have up to two years from when they started — they’re about eight months in right now. We’ve certainly entertained extensions, we’ve done that twice to date. They can certainly prove their diligence that they’ve put forward an application, and this is not something of their doing. We’ll certainly consider an extension when the time comes,” Miller said.

He added that Heka, which opened Oct. 1 on Sgt. T.M. Dion Way, had received two extensions on its host community agreement.