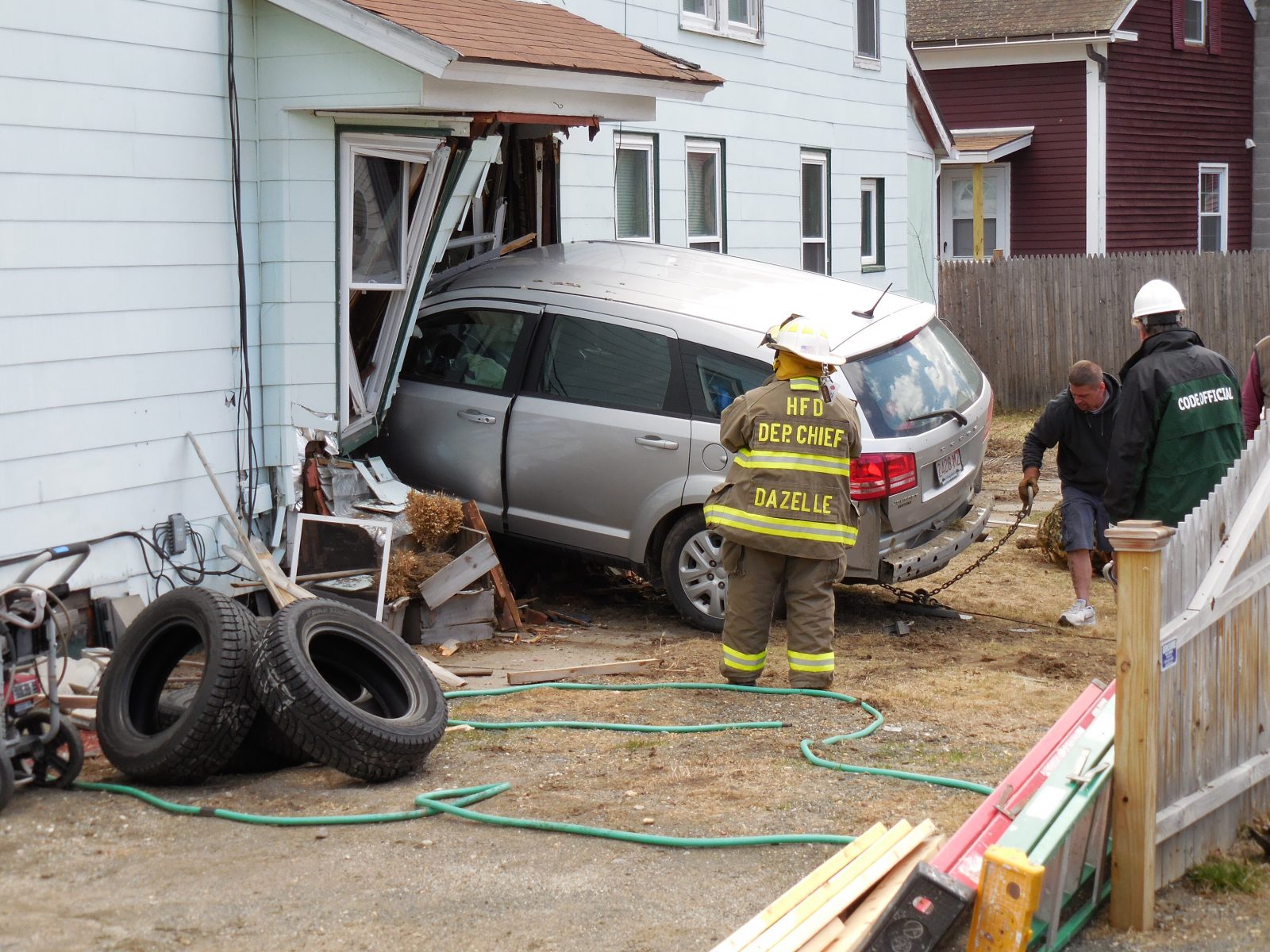 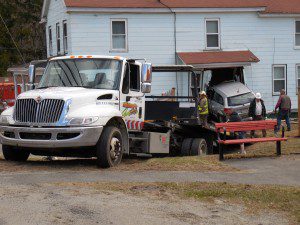 HUNTINGTON – At 11:10 a.m. Saturday, state police in Russell responded to a call that a car was in a house at 14 East Main Street in Huntington. The driver, a 57 year old man from Huntington driving a 2013 Dodge Journey SUV, was transported to Cooley Dickinson Hospital as “a precautionary measure,” according to a spokesman from the Huntington Fire Department, who also responded. Also on the scene were the state police crime scene services, a building inspector and electrical inspector. The accident is currently under investigation, and no charges have been filed as yet.