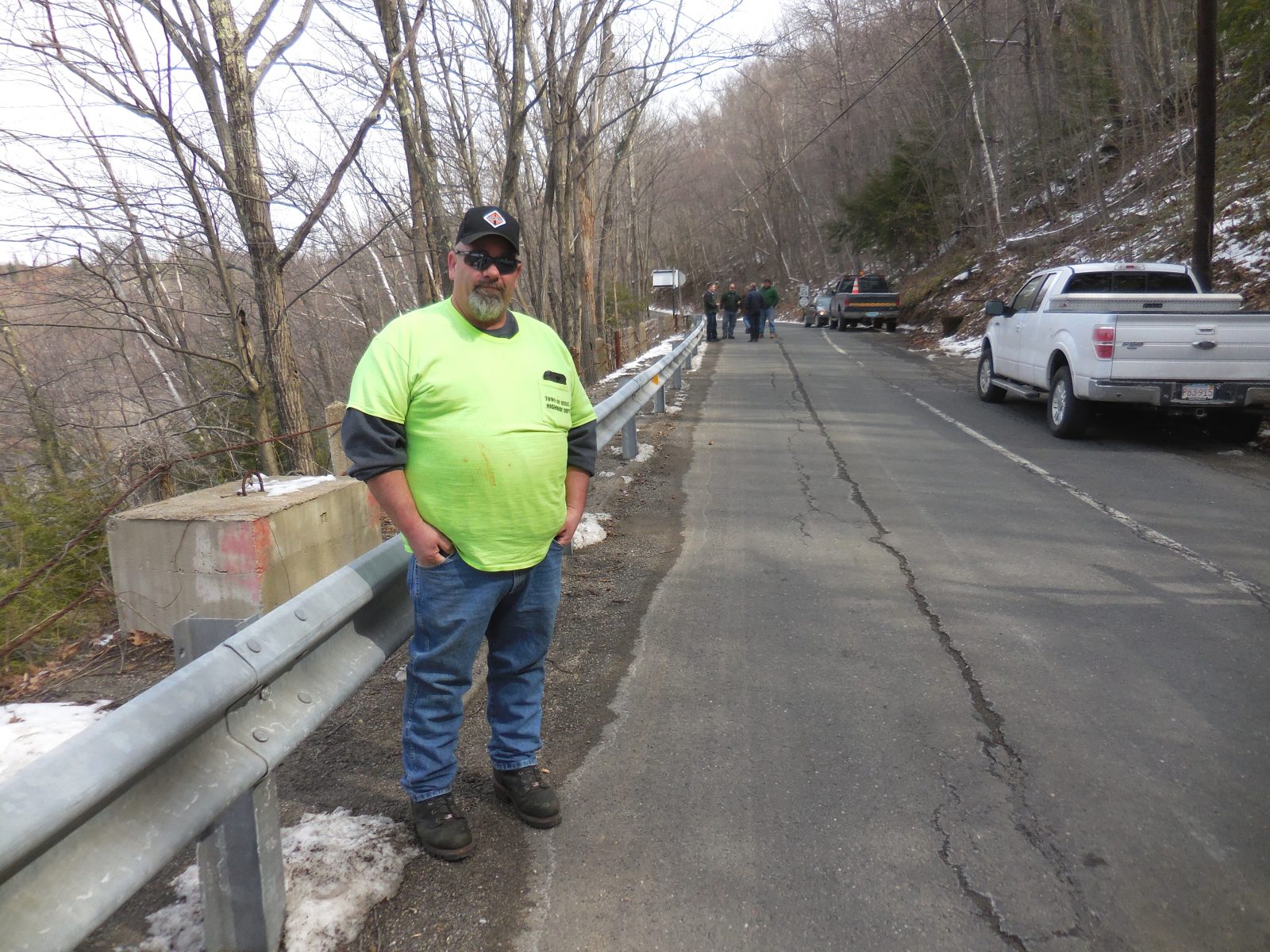 RUSSELL – Carrington Road in Russell will be closed from Monday through July, worst-case, according to John Hoppe, highway superintendent for the town.
Hoppe said a section of the road has to be dug down to a stable platform and rebuilt, along with the retaining wall, which is on a steep grade over the railroad tracks along the Westfield River.
A popular piped spring along the road, which residents use for water, also has to be redirected. Hoppe said the spring’s running water has contributed to the instability of the road.
“The retaining wall is failing. The spring and drainage have failed,” Hoppe said.
The town has received a $1 million grant from MassWorks for the construction, which took them nine years to get, according to Hoppe. Northern Construction Service, LLC of Palmer, specializing in bridge construction, site work, marine construction, concrete work and utilities, has been contracted to do the work.
Carrington Road is the only alternate for that stretch of Route 20 in an emergency. Hoppe said all emergency responders, including Huntington and Montgomery fire departments, state police, and ambulances have been notified of the closure.
The deadline for completion of the work is June 30.