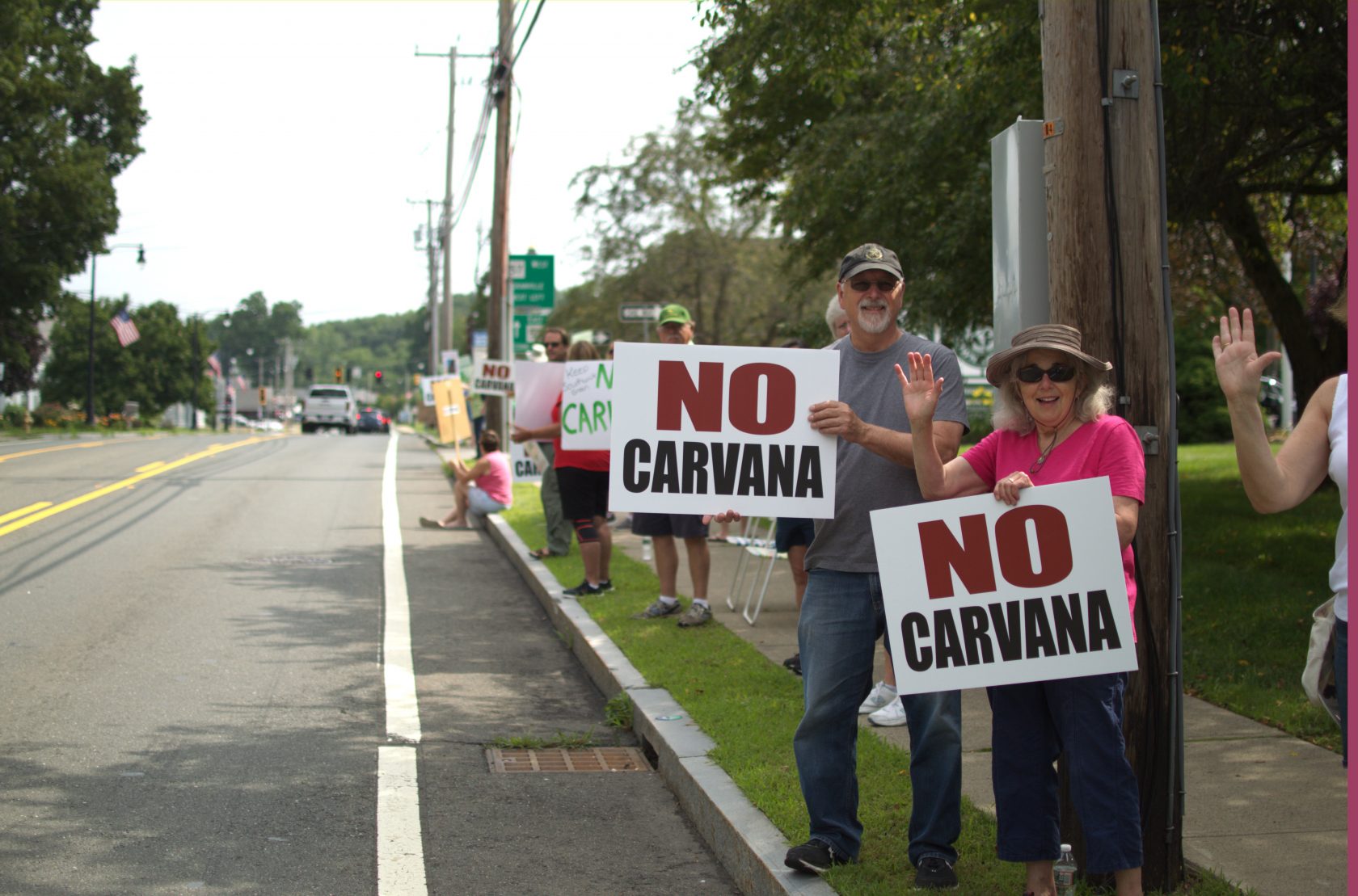 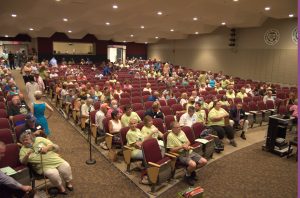 The crowd slowly trickled in to the Southwick Regional School auditorium July 20 in the hour before the Planning Board meeting began. The audience was overwhelmingly comprised of opponents of the Carvana project. (PETER CURRIER/THE WESTFIELD NEWS)

SOUTHWICK- The Planning Board July 20 voted unanimously to accept the withdrawal of the Brinkmann Constructors application to build a Carvana vehicle processing facility in Southwick.

Most of those in attendance at the Planning Board meeting at Southwick Regional School had already heard the news of Carvana’s withdrawal earlier in the day, but the announcement during the meeting drew cheers and applause from the crowd nonetheless.

A letter to the Planning Board from R. Levesque Associates, Inc, the land surveyors working with Carvana, it was said that the application would be withdrawn without prejudice, meaning that Carvana could reapply at a later date if they so choose.

Despite the “without prejudice” designation, Carvana spokesperson Jennifer Roldan told the crowd that the online car dealership intended “to move on” from Southwick as a possible location. The online vehicle retailer had planned to build a 200,000 square-foot facility that proponents of the project said would have brought about 400 jobs to the community. Opponents of the project hosted several protests, formed a unified Save Southwick group and retained attorneys to help prevent Carvana from moving into town.

Roldan said that the company would look to find a different location to build the facility. 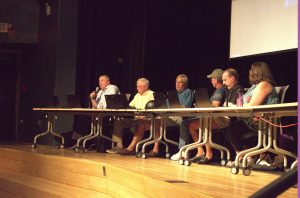 “This has been an incredible showing of participation in the government’s process,” said Roldan. “We really appreciate the passion that you have for this town.”

Levesque urged opponents of Carvana to take a look at Southwick’s zoning laws if they truly do not want such a facility in the town.

“The Master Plan is a great process, but it doesn’t have teeth,” said Levesque, “What has teeth is your zoning map and your zoning ordinance, in this case, bylaws.”

Levesque said that the Planning Board members “are good people” and did not deserve the amount of scrutiny they received from opponents of the project.

Though the crowd was largely pleased with the end result, the meeting was wrought with outbursts and some heated exchanges between members of the audience and Planning Board Chair Michael Doherty.

Doherty adamantly defended how Carvana’s application and hearing process had unfolded, even as some audience members shouted that “it never should have got this far.”

Doherty said that all applications are legally required to go through the public hearing process as Carvana had been doing.

“If we had come right out and said ‘no’ on day one, and said we didn’t want to consider it, you would have had [Carvana],” said Doherty.

He decried some of the scrutiny and vitriol that had been levied towards himself, other town officials, and Carvana representatives as the story unfolded over the last two months.

“I found it a bit disconcerting to see the attacks and misinformation, and things that sort of take away from the legitimacy of the process the Planning Board has to go through,” said Doherty.

He noted, as he had in the past, that the Planning Board was legally required to only consider a certain set of bylaws when they are presented with the decision to accept or reject an application like Carvana’s.

Doherty said that he hopes Southwick residents can come together in a more positive way in the future without resorting to personal attacks against those they disagree with. This was met with a rumbling of disagreement from the audience. Doherty responded by asking people to respect Open Meeting Law and only speak when they have been given the floor.

“I have sat there and read those Facebook forums for the last month and a half. If you think those are representative of this town, then great. I don’t know what to tell you,” said Doherty. “I kindly ask, I really do, to sit down and read some of those and tell me if you think those are appropriate.”

Save Southwick volunteer Maryssa Cook-Obregon said before the meeting that she and Save Southwick members wanted to speak during the public hearing, even though Carvana had already announced its withdrawal.

Doherty called for a motion to accept Carvana’s withdrawal, which was quickly made and seconded, and voted on unanimously. Because the withdrawal was accepted, the public hearing did not continue, and the meeting was closed, to the vocal displeasure of audience members who wanted to speak.

Multiple audience members who did not identify themselves shouted that Save Southwick had paid to retain a lawyer, Attorney Tim Ryan, and that they wanted him to have the opportunity to speak on their behalf. Doherty attempted to maintain order in the auditorium, but the meeting ultimately ended as the crowd became unruly. People then abruptly began leaving the auditorium.

Cook-Obregon said in a statement after the meeting that the Carvana project was “a symptom of a deeper problem that the people of Southwick have woken up to, which is how to find a way forward in the 21st century world and economy.”

She said that Carvana’s opponents will now be focusing their efforts on making sure that something like this cannot happen again in Southwick.

“We now are awake to those facts and the people of Southwick are committed to moving forward to change the by-laws and zoning in town. Addressing the root of how and why Carvana even was on the table is now on the agenda going forward and I believe there will be systematic change in how Southwick is run from the inside out,” said Cook-Obregon, “I see a town of people that are inspired to think in creative and innovative ways about how to make the town viable but also beautiful and true to its rural and agricultural heritage. The thing is that vision IS possible; it just requires more work from both the town government and people but I think people on both sides of the aisle now realize that it will be worth the effort. The effort the townspeople put into stopping this and getting some sort of victory should reinforce that it is worth the effort.”

A spokesperson for Carvana has not yet returned a request for comment.