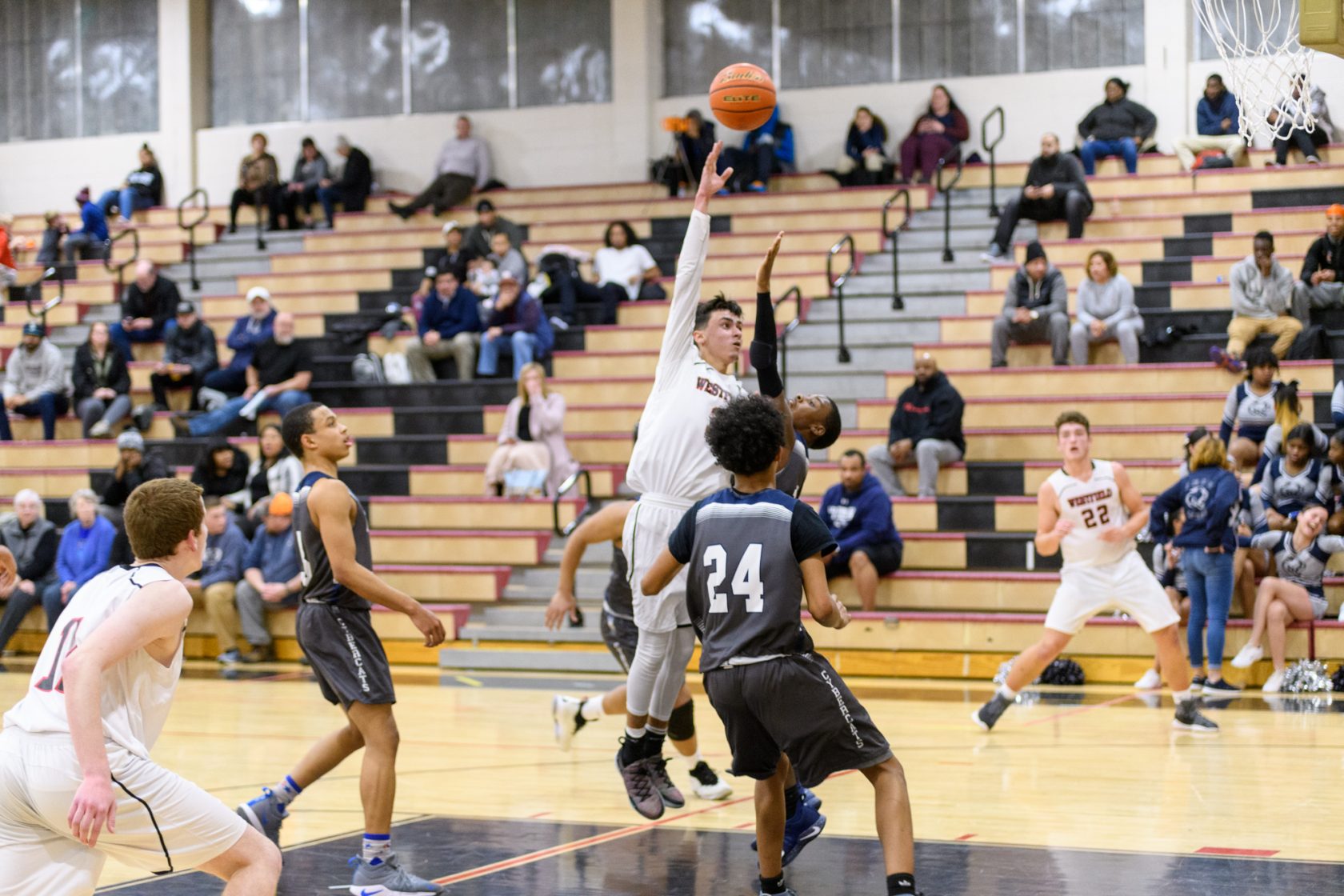 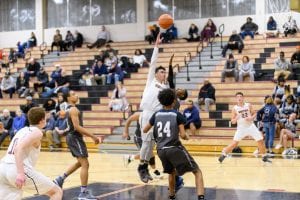 WESTFIELD – The competition in Western Massachusetts is so fierce among the so-called “city” schools, that it is like running up against a brick wall every night for their foes.
Westfield suffered this unfortunate experience Tuesday night against Sci-Tech as the Cybercats floored the host Bombers 77-54.
Chris Spears (31 points) and Xavion Martin (17) combined for nearly 50 points to lead Sc-Tech. Westfield’s Tony Torres scored a team-high 19 points, and Bombers’ Jalen Moore and Riley Coughlin chipped in 10 points apiece.
“They’re a good team,” Westfield coach Josh Balestracci said. “They’re experienced, and well-coached. We just have to tip our hats to them and move on.”
Westfield sophomore Chris Barber contained senior Willie Bosworth, limiting the superstar guard to just nine points.
Sci-Tech improved to 9-1; Westfield fell to 1-9.

GIRLS SWIMMING
Falcons upend Bombers
Minnechaug 124, Westfield 62
Westfield (6-1) posted a season-best time in the 400 freestyle relay with Alexa Richter, Emily Langlois, Catherine O’Connor, Allie Russell, but unfortunately only resulted in a second place finish.
“Unfortunately for Westfield, we never really got it going,” said Westfield swim coach Tom Lewis, whose team suffered its first loss of the season. “It was a tough meet for us. Minnechaug was clearly ready to go at a high level.”

BOYS SWIMMING
Bombers win streak snapped
Minnechaug 103, Westfield 73
Tommy Russell, Patrick Lurgio, Jack Beaulieu, and Matt Morash got Westfield (6-1) off to a nice start with a first-place finish in the 1:45.00.
Russell also won the 50 freestyle (22.15) and 100 backstroke (54.27), and Beaulieu placed first in the 100 butterfly (58.47)
Westfield also finished off nicely in the final relay with Morash, Cole Viamari, Lurgio, and Russell recording a top time of 3:34.98.
“The meet was in pretty good shape coming out of diving and into the 100 butterfly,” said coach Lewis, who was missing his top diver against Minnechaug, “and then all of a sudden it kind of got out of our hand and got away from us.”