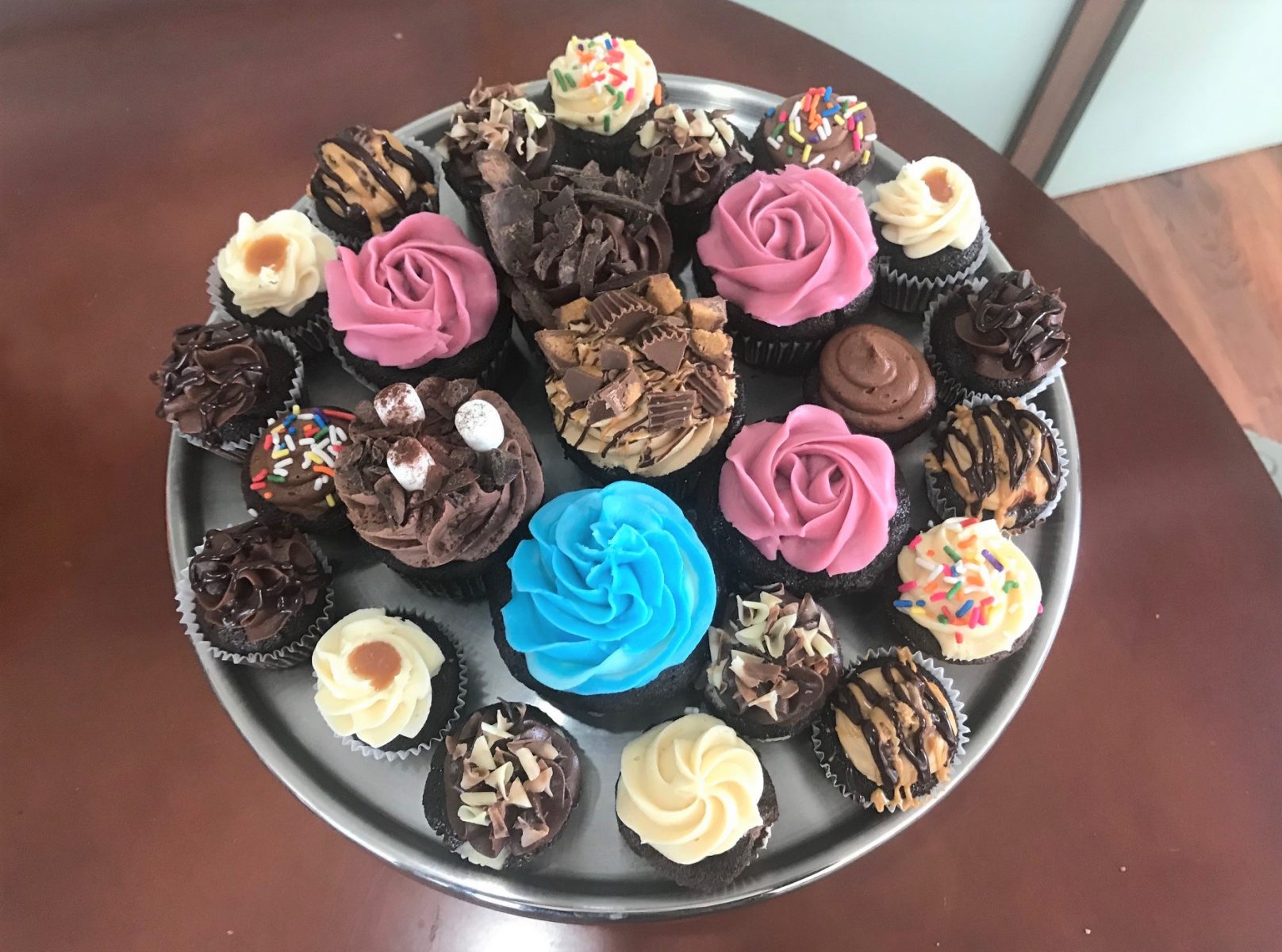 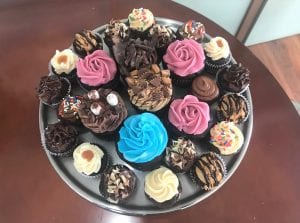 WESTFIELD – Oct. 18 is National Chocolate Cupcake Day. Yes, the decadently delicious dessert has its own special day and there are several local bakeries offering a variety of chocolate cupcakes to satisfy your celebratory cravings.

To help you mark the sweet occasion, The Westfield News staff took up the daunting task of tasting some of the chocolate cupcakes offered by bakeries in the city. It was a tough assignment, but we rose to the occasion, just for our readers.

We admit there really wasn’t a bad cupcake in the bunch. Each flavor offered its own delicious nod to chocolate, but the staff agreed that the best overall cupcake was J.P.’s Totally Baked Goods’ Double Chocolate Cupcake with vanilla buttercream frosting.

“This is what you expect from a chocolate cupcake,” said Lorie Perry, director of advertising production.

“It’s moist and chocolatey,” she said. “The frosting isn’t too sweet, and neither is the cake.”

Another cupcake that received rave reviews was the Peanut Butter Overload by Frosted Swirl Cupcakes. This was truly what you’d expect from the name – it packed a lot of peanut butter in the smooth, rich frosting. The peanut butter did not overpower the chocolate cake, but instead enhanced it. Chopped peanut butter cups completed this delicious dessert, which received thumbs-up from everyone who tried it. 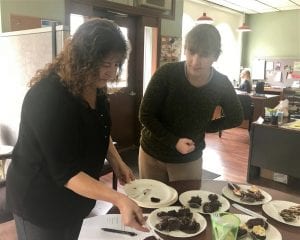 Mama Cakes’ Salted Caramel cupcake is Perry’s all-time favorite and was also enjoyed by staff. The deep chocolate of the cake was balanced by the sweet caramel frosting and the hint of salt brought it all together.

The Hot Chocolate Cupcake, also by Frosted Swirl, reminded all of us of a warm mug of hot chocolate on a winter night. This tasted so much like the real thing that we wondered if elves secretly baked it! The chocolate cake really tasted like hot chocolate and the marshmallow filling was fluffy. It was topped with chocolate frosting, mini marshmallows and dark chocolate shavings. Hartman said this was the one she would eat again and again.

Ken Morrow, sales representative, gave his top vote to the Frosted Swirl Tuxedo Cupcake. This one featured both white and dark chocolate mixed together – the best of both worlds for chocolate lovers!

And speaking of chocolate lovers, the die-hards on staff said the Mama Cakes’ Chocolate Dream cupcake delivered exactly what the name states. The cake was moist and spongey and the chocolate-on-chocolate flavor would exceed any “chocolate fix” expectations.

All in all, you can’t go wrong celebrating National Chocolate Cupcake Day with any of these decadent offerings.

We sampled the following: