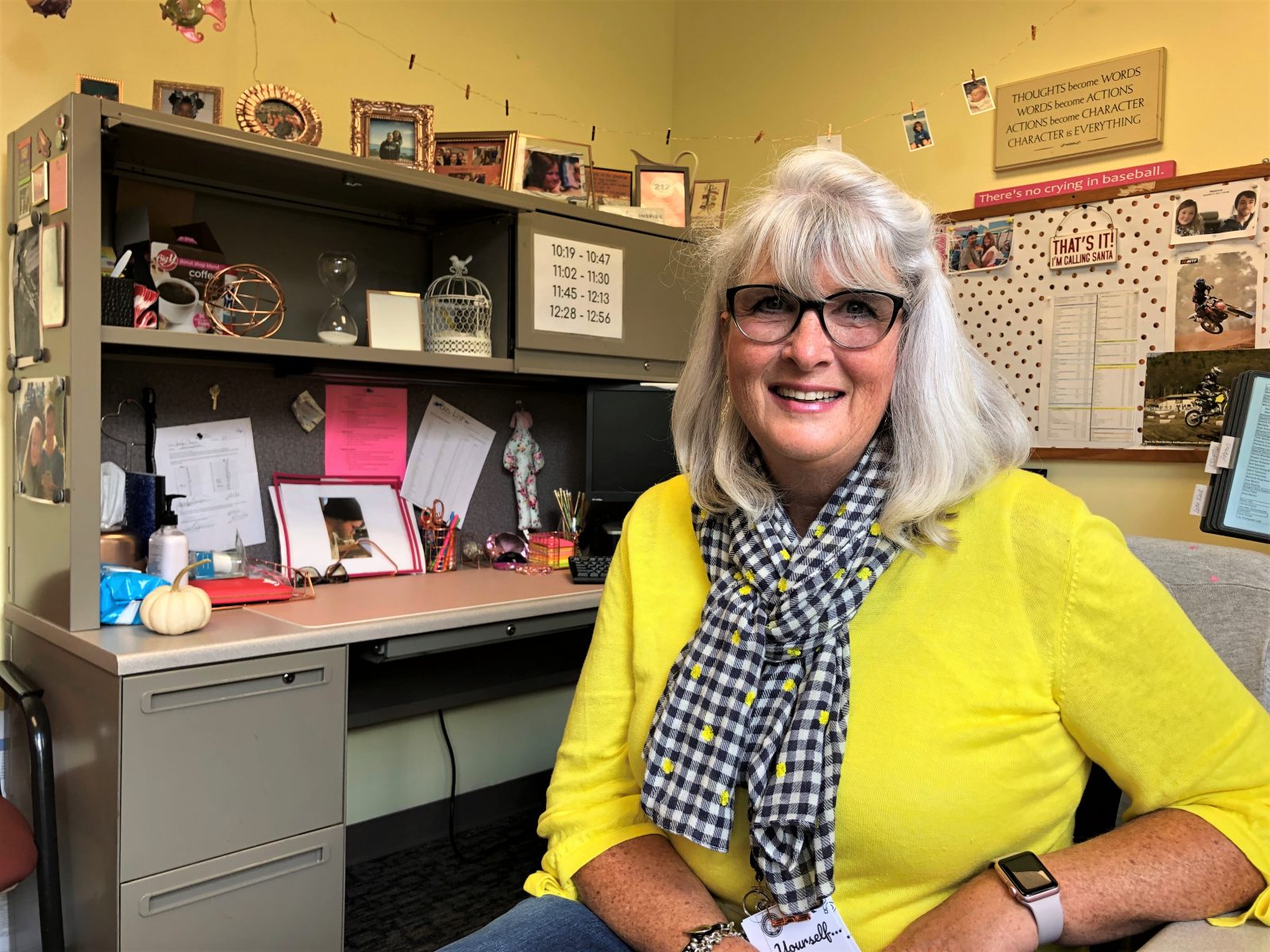 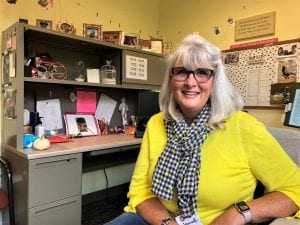 WESTFIELD – Assistant Principal Jennifer Chapin of Wilbraham is enjoying her new role at Westfield Intermediate School which began on July 1. Previously, Chapin served as the principal of the Hatfield Elementary School for 12 years.
“It’s nice to work in a building where I do my job. In Hatfield, I wore every hat,” Chapin said of her former position in the smaller 250-student school. She said there she served as principal, director of the pre-school, and Title I director.
At WIS, Chapin is one of three assistant principals at the school of 770 students, where she works exclusively with fifth graders while Assistant Principals Gregory Miller works with sixth graders, and Lynda Pierce is the special education supervisor for both grades.
Chapin said the administration at the school, led by Principal Katherine Bourque is in synch with each other; sharing the same philosophy of education, and sometimes finishing each other’s sentences. She said she appreciates the cohesiveness they have.
“I love it! It’s so great and so fun! I am learning so much every single day. It’s so lovely to work with a team of collaborative people,” Chapin said.
In the second year as an intermediate school, still considered an elementary school by the state, Chapin said they are finding their place. “It’s a learning process; how much elementary they want to be, and how much middle school they want to be. It’s a careful balance,” she said.
“The teachers are incredibly committed. They want to succeed, and want this to be a great school.”
When asked what she is most excited about at the school, Chapin quickly responds that it’s the 700 new Chromebooks they have just received. WIS is going to become a 1-1 school, meaning each student will have a Chromebook assigned to them.
She said currently the Westfield Middle School is officially rolling out its 1-1 program this week. WIS is waiting on delivery of the rest of the Chromebooks, and will roll out their program in January or February, and will be able to learn from WMS’ experience.
Chapin said she also went to her first Parent Teacher’s Organization meeting this week. “There was a big crowd of really committed parents who certainly want the best for their children,” Chapin said. She said they are advocating for their kids, but are also really support of the school.
She also said the students have been very well-behaved. “Everyone has been very willing to follow the rules,” she said, adding that she believes the Positive Behavior Interventions and Supports (PBIS) in place at the school is working very well.
“When we see children being accountable, safe, or kind, they get one Polar Point,” Chapin said, which accumulate, and they can trade for items in the school store, special lunches, or special privileges, such as free admission to Spirit Night.
“There is a lot of positive reinforcement. It carries on everywhere; everyone is on board working toward the same goal,” she said.
Westfield Public Schools Superintendent Stefan Czaporowski knew Chapin as a colleague when he served Hatfield Academy for one year as principal, before returning to lead Westfield Technical Academy.
“The district is fortunate to have an administrator with Mrs. Chapin’s knowledge and experience at Westfield Intermediate School,’ Czaporowski said.