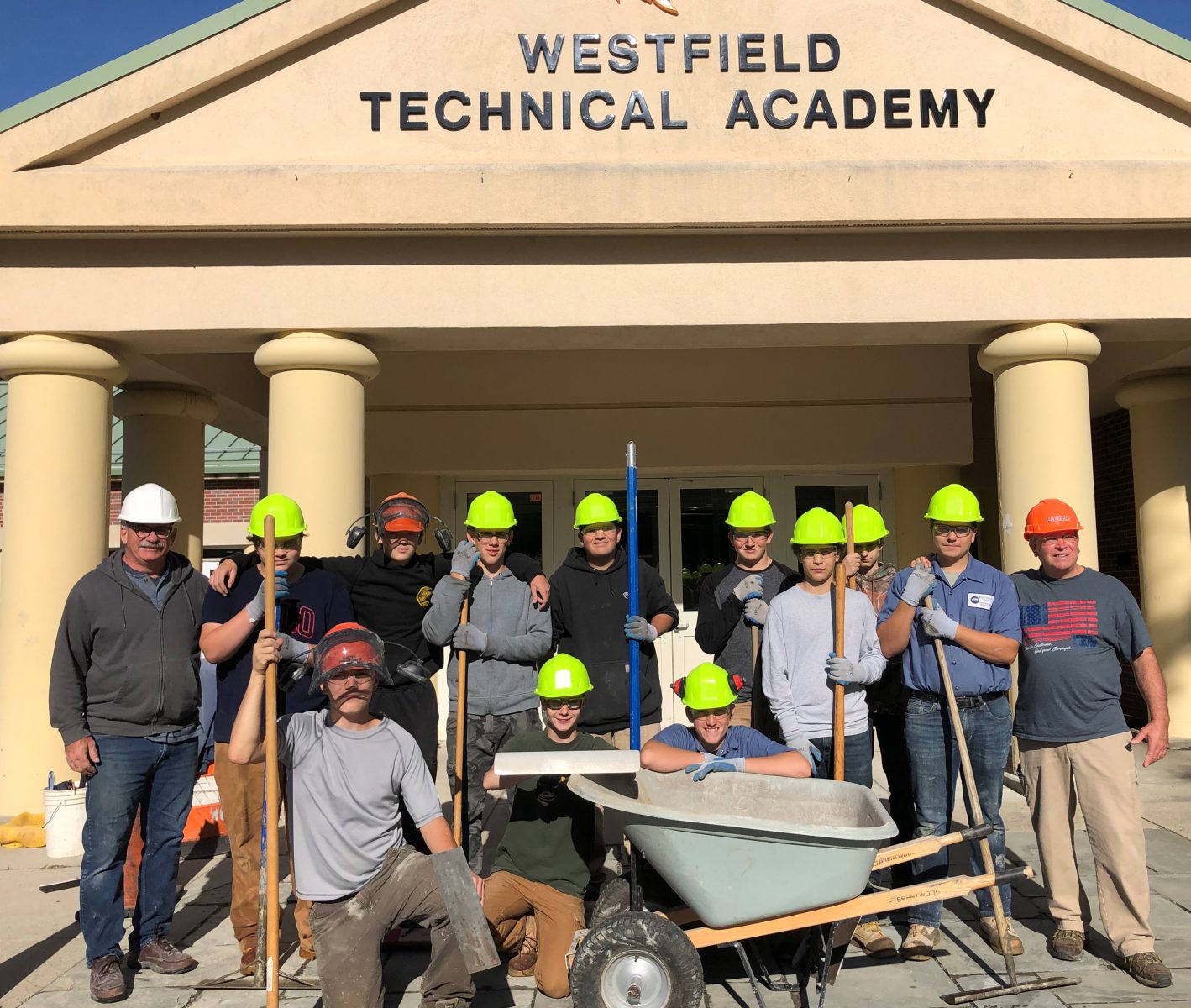 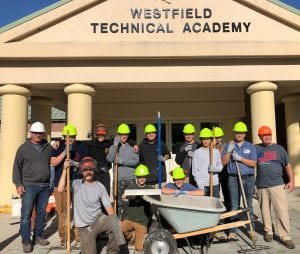 WESTFIELD – This past week, juniors from Construction and Horticulture Tech at Westfield Technical Academy worked side by side with laborers from the International Union of North America, also known as LiUNA, to improve the front entrance to their school.

Lead instructor Thomas Lemon said the MassDOT created the program to address the aging workforce. He said currently more people are retiring, and there is a shortage of people coming in to “fill their shoes.”

“They’re staying ahead of the game. It’s one of the first programs of its kind in the country,” Lemon said.

There are plenty of benefits in it for the students who participate in the registered pre-apprentice program. Lemon said it’s similar to taking an AP academic class with the Laborer’s Union. Students can earn up to 30 credits towards apprenticeship with LiUNA, the largest trade union found on a MassDOT Highway Construction project. They also receive a hardhat, safety glasses, work gloves, safety vest and equipment bag. 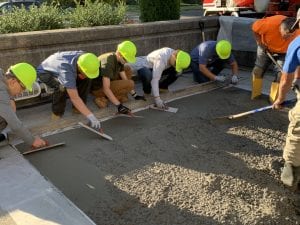 What the students and their teachers did was remove one of the five big squares of blue slate outside the main entrance, removing the sand with hand tools and power tools. They then excavated the concrete using jack hammers, an air compressor and a gas-powered concrete saw.

“It was a new experience,” said James Frisbie, a junior in Horticulture Tech

Cameron Hiltbrand, a junior in Construction Tech, said they learned how to saw concrete and use a jack hammer. “I’ve never done this before,” he said.

“We had to carry the concrete. It took six of us. A big truck came around with the gravel,” said Hiltbrand, adding that he really liked that the younger students go to do it.

“The pouring was the fastest part. Overall, it was fun. It helps that we all got along. It was a good experience,” Frisbie added. 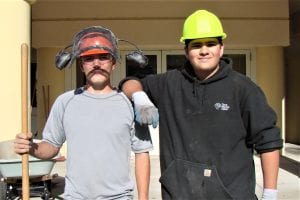 “They did fantastic,” Lemon said. “These 13 young men were some of the hardest, good work-ethic students that I’ve worked with in some years. They worked very hard, paid attention to detail, and worked well together on the construction site.”

Lemon said the program has been in place for the past five years. It piloted in January, 2015 with nine schools, including WTA; now it’s in 27 Voc-Tech schools throughout Mass. They return to WTA every year, he said.

Lemon also acknowledged the assistance of the Westfield Department of Public Works for the project.
“The DPW played a big role in helping us. They provided the compressor, jack hammer and dump truck. One of their employees, Austin Garrett, graduated three years ago from this program, and we placed him in the Westfield DPW,” Lemon said.

“Garrett showed up this week to help out. This was bringing it full circle; someone who graduated from my class, working full-time, and coming back,” he said.

“We’ve had many success stories come out of this program,” said Lemon, who has been teaching all five years. He said it is most rewarding to have the juniors approach him after working three or four days and say they could see themselves working for LiUNA. 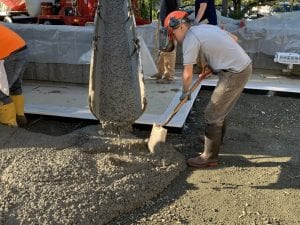 “They graduate from one week of training and we can guide them into the highway construction industry. I plan on being on board for some time,” he said.

Spontaneously, Maxim Pyshnyak, a junior in Construction Tech, came over to say what great instructors that Lemon and Program Director Jeffrey Cathcart have been.

“The way they’re teaching us is fantastic. They give us the freedom the gather the information ourselves to let us learn,” Pyshnyak said. When asked if he would like to pursue this type of work, he added, “I’m interested in anything that deals with construction.”

“That’s one square done – there are four more. We’re planning in the future, maybe later this year, to return and do the other four squares,” Lemon said.

“One other item. This 40-50 thousand dollar project at the front of the school is being completed at ZERO costs to the residents of Westfield,” he added.

“It’s an awesome opportunity for our students to demonstrate the skills they’ve learned in Westfield Technical Academy on a community project like this,” said WTA Career Technical Education Director Peter Taloumis.

“It’s a segue into the MassDOT. Students are able to make the connection, and experience hands-on relevant work.”

Taloumis also said the praise of the students from the program directors is a credit to the school their instructors, who are preparing the students for the workforce.

“It’s a great way to start off the school year with a project like this,” he said.