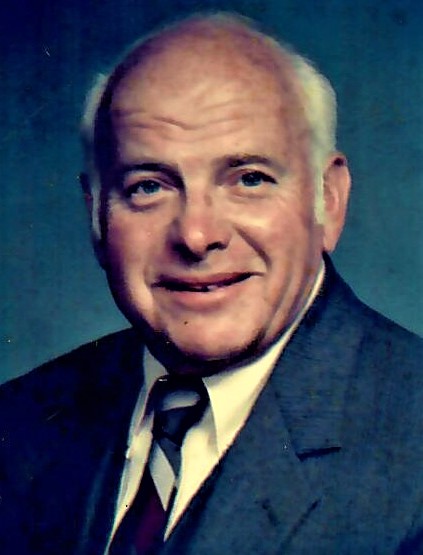 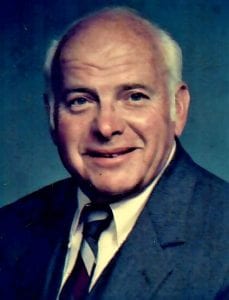 WESTFIELD – Charles E. Wood passed away peacefully September 13, 2019 at the age of 95, at the Soldiers’ Home in Holyoke with his loving family and devoted wife by his side. He was the son of the late Herbert and Eva (Blain) Wood and the oldest of 4 children. He attended local schools and graduated from Westfield High School in the Class of ’42.

When the country was at war, Charlie didn’t hesitate to enlist as soon as he was able, joining the United States Navy in August, 1942. He proudly served his country aboard the battleship, USS Massachusetts, nicknamed “Big Mamie” in the South Pacific from 1942 – 1945. He earned several medals including the Victory Medal, Asiatic Theater Medal with ten battle stars, American Theater Medal and the Philippine Liberation Medal with two battle stars. He was one of many caught in the infamous Halsey Typhoons. He traveled 225,000 miles aboard “Big Mamie” before being honorably discharged in December, 1945.

While in the Navy, he met his bride to be, Dorothy Grenier from Cambridge. Following his service time, they married in May, 1946 and were married for 37 years before Dot passed in 1983 following a long battle with cancer. Honoring his wife’s wishes for him to not be alone, Charlie later connected with a longtime friend, Peggy. After being together for 33 years, they decided to get married on September 17, 2016. They embraced each other’s families including 5 children, 5 grandchildren and 6 great grandchildren.

Throughout his life, Charlie worked alongside his Dad and brother, Herb at H.E. Wood and Sons in Westfield for 44 years. After he retired in 1986, he continued to work for various dealerships picking up cars throughout New England for another 17 years.

Charlie enjoyed traveling especially to Fall River to the ship’s reunions. He also built beautiful ship models. He especially enjoyed Sunday Donut Day with the family and watching his great granddaughters, Paisley and Piper. He was a member of St. Mary’s Church in Westfield, the American Legion Post #124 and the USS Massachusetts Association.

To cherish his memory, he leaves his devoted wife, Margaret Wood along with his children Richard of Easthampton, Noreen (Robert) Jachym, and Steven (Susan) all of Westfield, Jeffrey Wemette (Karen Whitney) of Adams and Dawn (Robert) Babula of TX; 5 grandchildren Mark (Liz Emmett) Jachym, and Amanda (Travis) Rogers all of Westfield, Charles J. Wood of Cape Cod and Nicole (Justin) Purdum and Tyler (Cara) Babula all of TX; his 6 great grandchildren Erin Jachym, Paisley and Piper Rogers all of Westfield, Grayson and Griffin Babula, and Oliver Purdum of TX. He also leaves his sister Lorraine Carpowitz and sister-in-law Carol Wood of Westfield along with Joan Lodi of Lexington, brother-in-law Richard Girard of TX, brother-in-law Jack Herther as well many nieces and nephews and his little dog, Bailey.

Besides his parents Herbert and Eva and wife Dorothy, he was predeceased by his sister Barbara Thomas, brother Herbert B. Wood, brothers-in-law Joseph Carpowitz, Robert Thomas and Bert Lodi and sister-in-law Elaine Herther.

Family and friends gathered on Friday, September 20, 2019.  A funeral service will be held on Saturday, September 21, 2019 at 10 AM at the funeral home followed by burial and military honors at St. Mary’s Cemetery, Southampton Rd. Westfield, MA.

In lieu of flowers, memorial contributions may be made to the USS Massachusetts Association, 5 Water St. Fall River, MA 02721 or to the Soldiers’ Home in Holyoke Recreation Dept. 110 Cherry Street, Holyoke, MA 01040. For more information, please visit www.forastiere.com