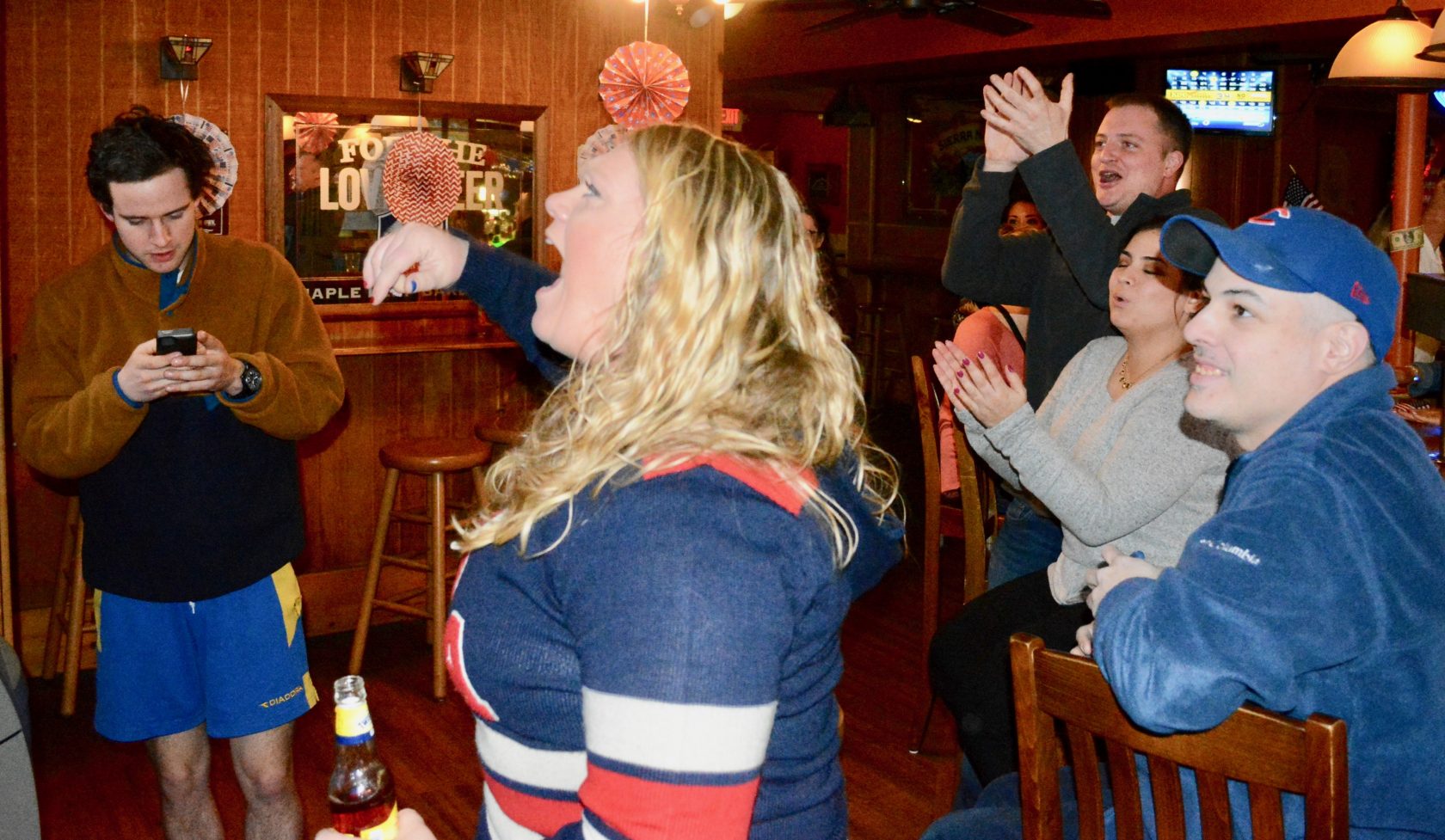 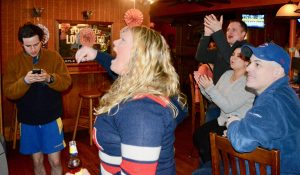 Kacey Bellamy’s sister, Lindsey, cheers on Team USA in the Winter Olympics women’s ice hockey gold medal game late Wednesday night at the Maple Leaf in Westfield. Lindsey was joined by some of her closest supporters. (Photo by Chris Putz)

WESTFIELD – The phrase “the third time is a charm” originated somewhere in America back in the early 1900s, and refers to a set of keys.
It was believed if a first key fails, and a second key fails – the third one often works.
Well, Westfield native, Team USA defenseman Kacey Bellamy was playing in her third gold medal game at the Olympics – she took home silver in the previous two – and this time karma appeared to be on her side.
After several years of futility, the U.S. finally struck gold in the Winter Olympics women’s ice hockey final with a 3-2 win in the wee hours of the morning Thursday (our time).
There were many keys to their success.
“There were so many good vibes today,” Kacey’s sister, Lindsey, said as she watched the game at the Maple Leaf in Westfield, surrounded by her closest supporters. “All my cousins in Florida were at the beach, and one of them found a gold shell today.”
Lindsey watched as Team USA scored the game’s first goal on its third power play in the opening period. She celebrated when the United States rallied from one goal down, netting the tying goal in the third period. And she celebrated after three successful shots in shootout – one score each from Jocelyn Lamoureux, Amanda Kessel, and Gigi Martin – and the final stop from a 20-year-old wunderkind, U.S. goalie Maddie Rooney, sealed it.
The third time truly was the charm in more ways than one.
Said Lindsey Bellamy: “It’s been 28 years. It is our time.”