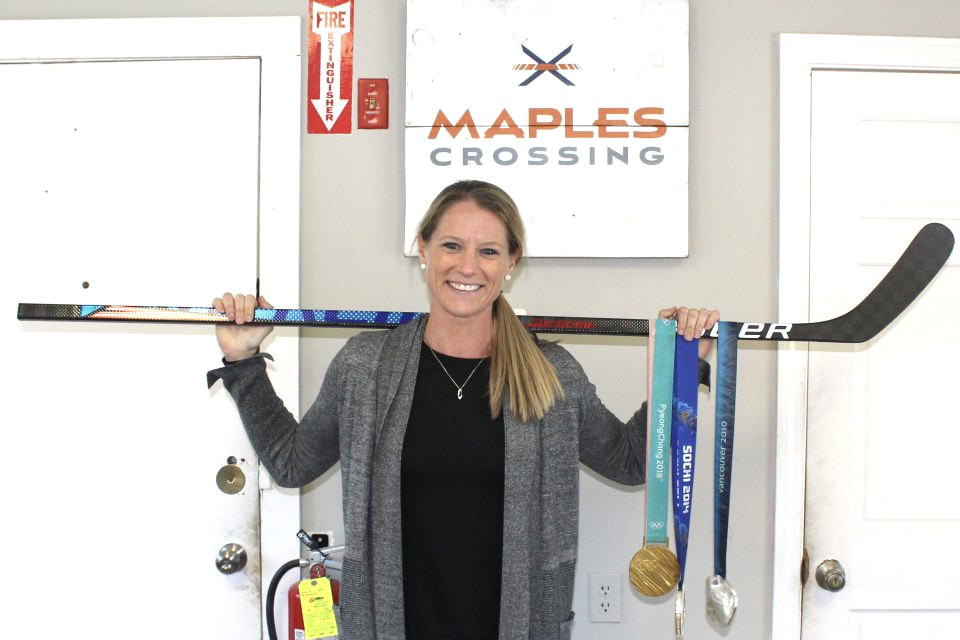 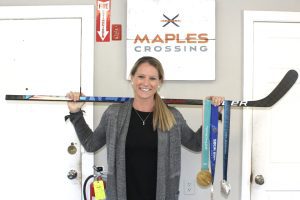 AMESBURY – Although Westfield native and three-time Olympic medalist Kacey Bellamy may have hung up her skates following a celebrated career in women’s ice hockey, she is about to help further the careers of some budding young hockey players.
Bellamy has been named Maples Crossing’s Director of Athletic Development, the club recently announced. Maples Crossing is the country’s oldest amateur hockey club located in Amesbury in the northeastern tip of the state.
“Maples Crossing is exactly what I dreamed of doing after my playing career was over,” Bellamy said. “I wanted to be a part of an environment where I could share advice and use my experiences to help inspire and develop the next generation of athletes.”
Bellamy, who began her career in Westfield’s youth hockey program, has excelled at the collegiate, professional, and international level, for almost two decades. The culmination of her storied career, being one of the captains of Team USA, when they delivered a shootout victory in the gold medal game against Canada in the 2018 Winter Olympics.
“Kacey’s accomplishments speak for themselves,” said Joe Callahan, of Maples Crossing. “But her vision, for creating a better approach to preparing young athletes to be successful human beings is even more important to us. Kacey understands what is required not just of great athletes, but great people. She is an integral part of our vision here at Maples Crossing, and we are lucky to have her on the team.”
The programming will be built around four pillars of player development: technical, tactical, physical, and psychological. In keeping with Bellamy’s vision, all programming will be based on her philosophy: “work hard, stay humble, and be kind.”
“I feel like through my experience, I can bring a modern-day approach of developing young athletes, through the four pillars of player development,” Bellamy said. “It takes complete buy-in to get to the next level and to achieve your goals as a team, and as an individual. I want to incorporate these pillars at a young age to prepare these young athletes for a better future, in and out of the game.”
The team at Maples Crossing is honored to have Bellamy on board to develop programs designed to encourage hard work, leadership, integrity, and community-based excellence, according to club officials.
Bellamy understands the challenge ahead, and — as per the usual — is excited to embrace it.
“In some ways, the actual sport is the easy part, but getting a child to listen and buy-in to the other side like nutrition, mental skills, team building, leadership, etc. are the areas in which you simply separate good from great,” Bellamy said. “I’ve personally experienced more failure than success in my career and how I reacted to those failures ultimately set me up to finally reach my lifelong dream of winning a gold medal. Those are the day-in and day-out habits I want to embed into these athletes.”
And as for a return closer to home?
“I am thrilled be back in the area where I went to college,” Bellamy said. “I missed the New England fall more than anything and to be able to come back to a place I called home for four years makes this opportunity even more special.”