WESTFIELD/CHICOPEE—According to Chicopee Police, a suspect wanted in their city related to an “incendiary type” device that was found was arrested in Westfield.

Westfield Police arrested Gregory Harrison, 27, of Chicopee, on Dec. 19 around 10:45 p.m., according to Chicopee Police Public Information Officer Michael Wilk via his department’s Facebook page. The arrest happened in the area of 31 Frederick St. in Westfield.

Harrison was arrested after a warrant was put out for such by Chicopee Police, according to Wilk. The warrant, according to one of the posts, was for “possession of an infernal machine.” 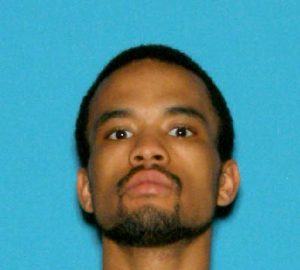 A picture of Gregory Harrison, 27, of Chicopee, from the Chicopee Police Department Facebook page.

Previously, Chicopee Police were called to 980 Granby Road in Chicopee, on Dec. 18, at 2:25 a.m. According to the post, a homeowner had activated an alarm following noises being heard and “someone attempting to get in.”

In one of the posts, Wilk reported that during the investigation, “the homeowner gave our officers a ‘device’,” which was tennis ball-sized, wrapped in foil “with what appeared to be a match sticking out of it.”

According to the post, police report that the person who had allegedly attempted to gain entry was also residing inside the basement and was allegedly the person who was responsible for creating the device.

An arrest warrant was applied for and granted following this for Harrison.