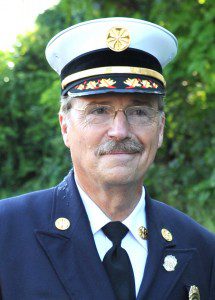 SOUTHWICK – Fire Chief Richard Anderson asked the Board of Selectmen this week about the possibility of placing a transfer of funds on the Town Meeting warrant.
“We went to Town Meeting during the budget process for $17,000 for a microwave linkage system,” said Anderson. “At the time, the technology-based information said that was the best system.”
The microwave system would link radio communication between town departments, including the fire, police, and public works.
“We have since begun working with a new radio communications company and apparently there is a much cheaper and easier way to do it,” he said.
Anderson said he originally was told he needed an eight-channel system, but now he understands it can be done on one channel at a significant cost savings.
What he wants to do, since the funds were already appropriated, is transfer some funds to take care of other issues.
“I’d like to move it to clear up some other problems,” he said. “I want to put in a backup system for dispatch.”
Right now, there is no backup in place. If the equipment goes down, Anderson said “we’ve got nothing.”
Board Chairman Arthur Pinell asked if the backup would help in case of a lightning strike.
“Yes, and it has happened twice,” Anderson noted.
The request was to transfer just under $13,000 of the $17,000.
Selectman Russell Fox asked Anderson if a representative of the communications company could attend next week’s finance committee meeting to further explain how the linkage system would work.
If the finance committee approves the measure, Chief Executive Officer Karl Stinehart said the measure could be included in the Oct. 10 Town Meeting if approved.