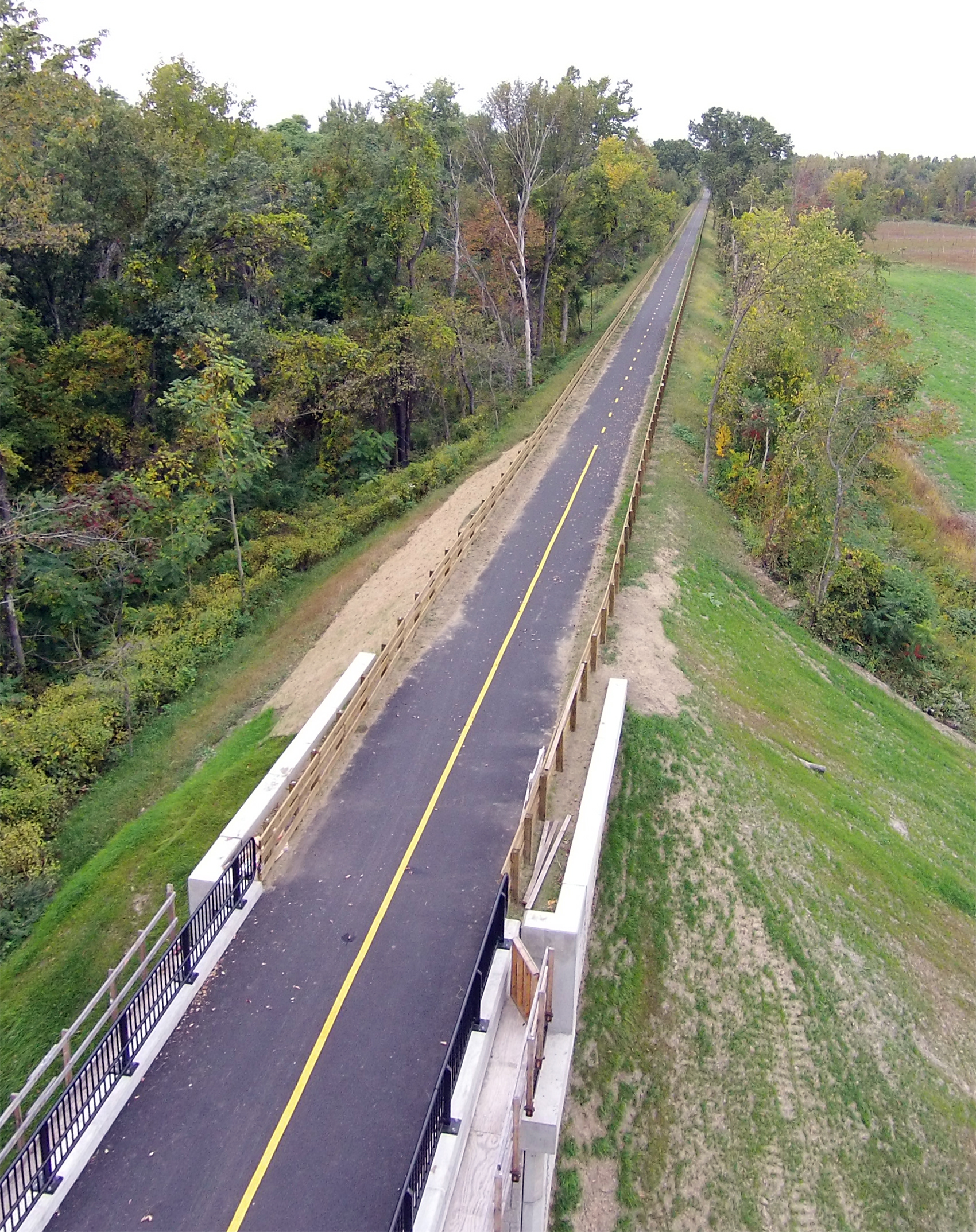 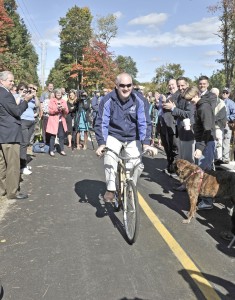 Westfield Mayor Daniel Knapik rides past a host of dignitaries and guests as part of the Columbiay Greenway Rail Trail South Phase II trail opening ceremony Friday. The ribbon-cutting ceremony was staged at the new East Silver Street access ramp. Earlier that morning, Knapik received notice of a $2 million grant amendment from the state’s Executive Office of Energy and Environmental Affairs for further construction of the city’s rail trail. (Photo by Frederick Gore)

WESTFIELD – State and city officials opened the newest section of the Columbia Greenway with a dedication ceremony last Friday, while this week the City Council will be asked to accept a $2 million grant for the next segment of rail trail construction slated for next spring.
Mayor Daniel M. Knapik will send the council a request Thursday to accept a $2 million Gateway Communities grant to fund the extension of the Columbia Greenway from its present terminus on East Silver Street to the area of Main Street.
Knapik said last August that the city has been notified through the Executive Officer of Environmental Affairs that the funds will be made available for construction next summer.
“This would keep momentum on the trail work going forward so we don’t have big time gaps between phases,” Knapik said at that time.
The city is currently working with its consultant, VHB, to complete the design and prepare to release bids for construction of the next phase in December.
City Engineer Mark Cressotti said the goal is to “advertise the project in December and make an award in January.”

“Hopefully the contractor will use the winter to order materials with construction to begin next spring,” Cressotti said. “This next phase includes a bridge over East Silver Street and a tunnel connecting Hedges Avenue and Taylor Avenue. That’s why these phases are so expensive, because we have bridges.”
Cressotti said the next phase will also include the beginning of work on the Riverwalk trail along the top of the Westfield River Levee from Elm Street to Sackett Street.
“It doesn’t make sense to continue to head north of there are no neighborhood connectors along the route,” Cressotti said.
The state Department of Transportation has scheduled a public hearing for Nov. 13 to present details of the North Phase construction.
“The North Phase, rehabilitation of the rail road bridge, has a separate funding source, the state Transportation Improvement Project (TIP) funding for which the DOT requires a public hearing,” Cressotti said. “The city plans to piggyback an informal information hearing on the East Silver Street to Main Street segment of the rail trail construction.”
The phase will include construction of a new bridge, with a 14-foot-six-inch clearance, over East Silver Street and tunnel for a multiuse trail under the elevated railroad bed connecting the Hedges Avenue/St. Dennis Street neighborhood with the Taylor Avenue/Ashley Street neighborhood. 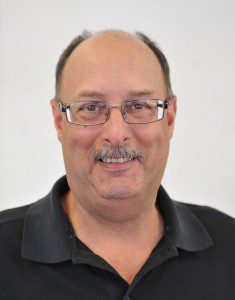 Ward 2 City Councilor Ralph Figy said that part of the planning process for the proposed phase of work extending the trail to the area of Main Street will include public comment.
“I’ve been advocating strongly for public meetings,” Figy said. “I have several issues pertaining to safety and privacy. I don’t want kids having to cross East Silver Street on bicycles to access the ramp up to the trail. I think we need to have access on both sides of East Silver Street.”