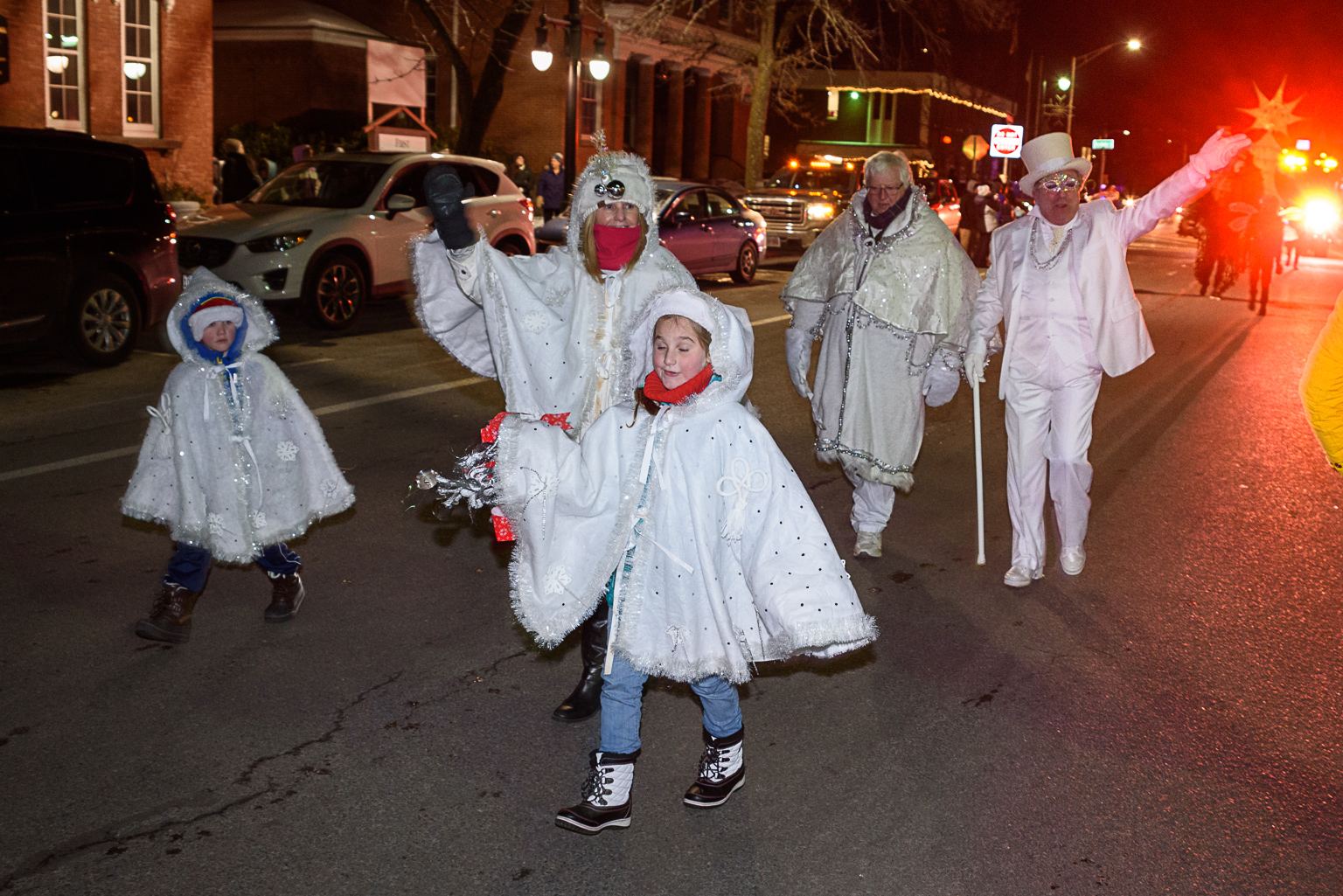 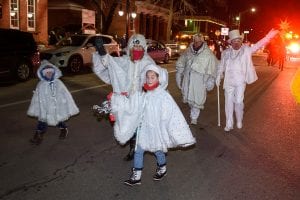 Participants in the Lantern Light Parade wave to the crowd Dec. 7. (Photo by Marc St. Onge

WESTFIELD- Westfield on Weekends (WOW) had the bulk of its annual DecemberFest Dec. 7-8, which culminated in the annual Mayor’s Tree Lighting ceremony Saturday evening.

The festivities on Saturday began in the morning with a Lantern Light Family Workshop at Westfield Middle School. Hosted by WOW’s Bob Plasse, the workshop gave families the chance to make lanterns for the evening’s Lantern Light Parade.

With the holiday season playing host to major celebrations in multiple religions, Plasse said that he wanted the parade to reflect as many cultures as possible.

“We feel that this is a time of year where everybody celebrates,” said Plasse.

During the workshop, Plasse made a point of playing multinational and multicultural religious music. He noted that even the lanterns themselves are a symbol in multiple cultures, as they are used in ceremonies in many different countries.

Even the parade and celebrations themselves were made all-inclusive by WOW, with Rev. Nancy Stroud of the Episcopal Church of Atonement, Cantor Colman Reaboi of the Ahavas Achim Jewish Congregation, and Imam Rasul Seifullah of the Islamic Center for Human Excellence in West Springfield were represented in the parade.

There was one more opportunity later on for people to create lantern lights for the parade. At 5:30 on Saturday at St. John’s Lutheran Church, another lantern assembly took place for those wishing to participate in the parade.

Plasse noted that the Lantern Light Parade is much bigger than it had been when they first began, prompting a change in the route of the parade to make room for more people.

“We began it 16 years ago with a group of 10 to 15 people in costumes and with bagpipes,” said Plasse, “Last year we had about 500 people, which we expect this year as well.”

Westfield’s volunteer Auxiliary Police were honored during the parade for their frequent work in assisting with WOW events.