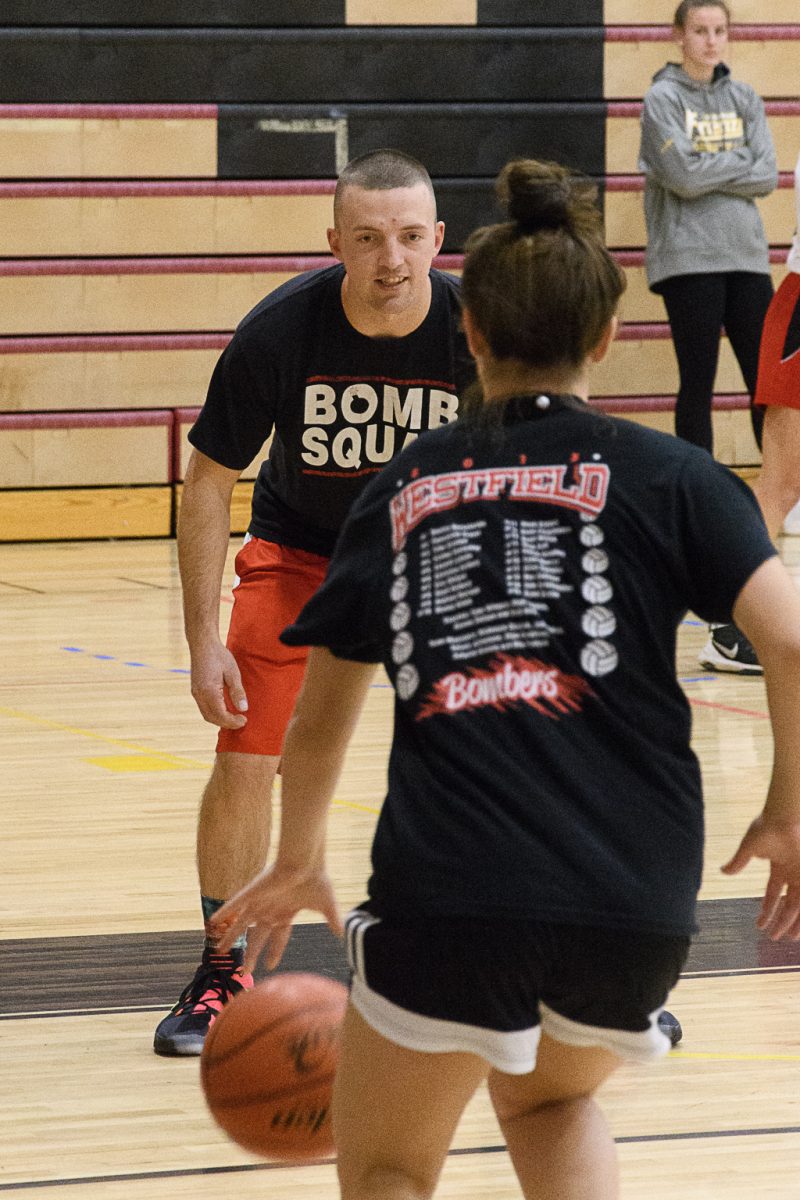 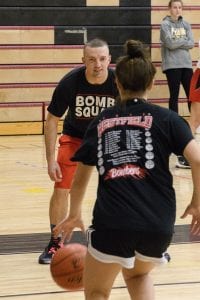 WESTFIELD – It was an unforgettable postseason this past fall, capped off by the Westfield High School girls soccer team’s Western Massachusetts championship and state title run. The Bombers’ winter sports teams will be hard-pressed to match the sheer excitement and intensity, but they will give it a try.
Tryouts and practices have dominated the last several days – save for a brief pause due to the recent snowstorm – but the high school winter sports season is about to tip off.
The ball will bounce and the puck will drop when the Westfield boys ice hockey and girls basketball teams begin the 2019-20 regular season Thursday. The Bombers hockey team hosts the Minnechaug Falcons at Amelia Park Arena at 4 p.m.
“I think we are going to be a little stronger than last year,” said longtime Westfield boys ice hockey head coach C.B. “Moose” Matthews, whose team suffered key injuries to two senior players during its 2018-19 run. 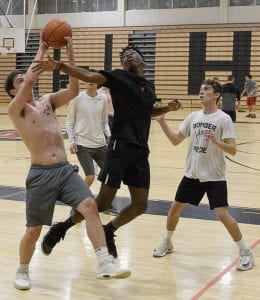 The Westfield High School boys basketball team conducted practice sessions over the course of the last couple of weeks in anticipation of the 2019-20 season opener Dec. 16 at Northampton High School. (Photo by Marc St. Onge)

Last season ended with Longmeadow spoiling Westfield’s attempt at a four-peat as senior forward Jack Barron’s three-goal, two-assist championship effort lifted the Lancers to a 5-1 win over the Bombers in the West Division 3 title game.
It is a near certainty that one of the two teams will hoist the trophy at this season’s end considering that Westfield and Longmeadow have combined for 17 of the last 18 championships.
While the familiar will be a welcome sight for hockey fans, fans of girls basketball will need to get accustomed to another new coach.
Former assistant head coach Dylan Willey takes over a girls basketball program seeking a new identity. The Bombers open against visiting Monument Mountain Friday night at 7.
Other season opener dates of note for Westfield High School include: track (Dec. 13) versus Longmeadow at Smith College in Northampton at 3:45 p.m., swimming (Dec. 13) vs. Amherst at 5 p.m., boys basketball (Dec. 16) at Northampton HS at 7 p.m., and wrestling (Dec. 17) at West Springfield HS at 7.