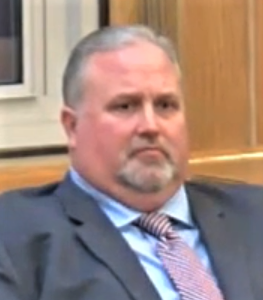 WESTFIELD – The City Council unanimously appointed John M. Fitzgerald, Esq. of East Longmeadow for a three-year term as assistant city solicitor, labor specialist.
At-large Councilor Cindy C. Harris, chair of the Personnel Action Committee, requested immediate consideration for the appointment.
Harris said that Fitzgerald has significant municipal experience, having served the law departments in Springfield and Chicopee as a labor specialist, and has operated a private law practice since 2003. Harris said he is familiar with the various courts and tribunals and is capable of immediately managing a caseload.
For the last three years, Fitzgerald has served as associate city solicitor for the city of Chicopee, advising the mayor and department heads on matters including interpretation of collective bargaining agreements, and has represented the city in employment and labor relations, defending the city in complaints, investigations and mediation.
Previously, Fitzgerald served as associate city solicitor in Springfield, where he litigated matters in the superior, district and housing courts, including defending the police department in firearm license appeals, and litigating citizen complaints before the police commission. He also served as chief of staff in the office of the mayor, advising the mayor and representing him at various city functions.
Harris said also of importance, Fitzgerald served as assistant district attorney in the Hampden County District Attorney’s office, which included extensive court appearances and research of legal issues
Fitzgerald is a member of the Commonwealth of Massachusetts Bar Association and United States District Court for the District of Massachusetts. Harris said his professional associations include the Hampden County Bar Association, and of the Hampden County Lawyers for Justice. His volunteer interests include hockey as coach and tournament member, and he is member of the Knights of Columbus.
Harris said that Westfield has ten city unions and 54 personnel service agreements, and seven school district unions and 34 personnel service agreements, and mostly all city employees are in unions.
She said FItzgerald has the endorsement of City Solicitor Susan Phillips.
“It is extremely important for our Law Department at this particular point in time to have our office fully staffed,” Harris said, adding that the items in the court won’t wait because of the situation.
During the discussion on the appointment, At-large Councilor Dave Flaherty weighed in via telephone. Six of the councilors participated in the March 19 meeting by telephone and seven in the chambers.
“I think this gentleman is very qualified and I would like to support him, I think the Law Department needs help; but I am very concerned just like the last time about making a new three-year appointment because we might have a new city solicitor who may want to put his or her own team together. That should be a consideration,” Flaherty said.
“I disagree. It is extremely important to have continuity for three years in the Law Department,” Harris said, adding that it is not in the city’s best interest to hire an attorney for a one-year term.
Phillips, who was present in Council Chambers with Fitzgerald, raised a point of order. She said the city ordinance calls for a three-year term, with no discretion.
A roll call vote was then taken, which passed unanimously.