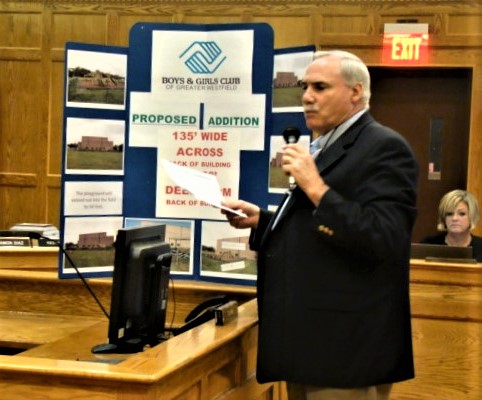 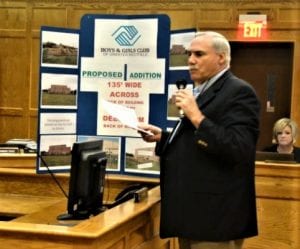 WESTFIELD – During public participation at the Jan. 16 City Council meeting, William Parks, chief executive officer of the Boys and Girls Club of Greater Westfield, asked the councilors to support immediate consideration of a resolution amending the lease of city-owned land by the Club.

The vote was unanimous in favor of the resolution.
The Club leases the land it sits on from the School Department. Parks said the School Committee previously approved the amended lease, which adds another 100 feet.
Parks said immediate consideration was needed because the Boys and Girls Club is a finalist in a $1 million capital grant from the state’s Early Education and Out of School Time (EEOST) grant program, for an expansion that would add 80 licensed after school slots, 20 before and after preschool slots and a Performing Arts Center. He said the next grant application is due Jan. 22.
Parks said the Club is one of eight finalists for a total of $4 million in grant funds, and applied for the maximum grant amount. He said the total Club expansion will cost $2.5 million.
“If we don’t get this, we won’t get to submit the proposal,” Parks said.
During the meeting, Ward 6 Councilor William Onyski presented the motion on the resolution, which passed unanimously with no further discussion.