This week, the meeting may be a little lighter than usual but there are still some important topics expected on the docket. These topics include land acquisition for the city, as well as certain parcels possibly changing use. There are also some items that will need city spending and reappointments, too.

However, the budget will not be focused on quite yet.

“Budget is still a couple weeks away. We’re in the process now of doing individual department hearings,” Bean said. “In the next couple weeks we’re inviting departments in.” 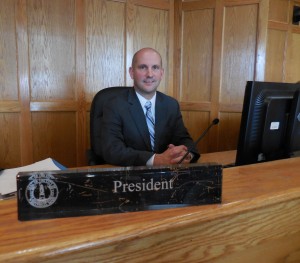 According to Bean, some of the significant items that will be coming from Mayor Brian Sullivan are related to land acquisition.

The first is a request for an appropriation of $35,000 Bean said, to “transfer within departments” to purchase what was formerly So’s Restaurant on Elm Street.

“Right now the city is taking every opportunity that arises as we enhance our inventory of city-owned properties,” Bean said.

The use of the land, if successfully acquired, is not known according to Bean, but he suggested that commercial or parking developments could be in the future.

In addition to the location on Elm Street, Bean said that the council is being asked to OK $55,000 to be used for the purchase of the former Romani Bowling Lanes on Church Street. The land is expected to be turned into parking at some point, with a short-term solution being provided in the fall and a longer-term solution in the form of a potential parking garage.

Bean said this would be the final piece needed for demolition of the property.

Another purchase that is being asked of by the council that isn’t from Sullivan is that of a police cruiser for the city’s police department. The cruiser, which costs $26,400, is being funded from the “a reserve for unforeseen” and from the city’s towing account, as well.

Also in front of city council Thursday will be several requests for changes in land zoning.

Bean said that Rob Levesque of R. Levesque and Associates, has submitted an application for a zone change at 397 Little River Road. The change would have the parcel go from residence A and rural residential zoning to business A. Bean said there is already a business that exists at that location and is looking to expand.

“The type of business there now is not within compliance so they are kind of grandfathered in, they should be business A,” he said.

He also said it is unsure what sort of expansion or change could occur there until a public hearing is scheduled.

Also, the William F. Reed Family Nominee Trust is looking to convert the purpose of land on Furrowtown Road, Bean said. According to Bean, there will be two lots that are being sectioned off and possibly being used as residential land. Bean said the city gets first right of refusal on the land.

Another piece of land that is before city council is through a continuation of a public hearing for 103 Servistar Way. The land is being looked at for a special permit and site plan approval for a contractor’s yard and trailer drop, according to Bean. The zoning for the area is industrial A Bean said, but the council is looking to be certain that there won’t be threats to Barnes aquifer.

Finally, the city council is expected to act on two reappointments: Tina Gorman for executive Director of Westfield Council on Aging and Lenore Bernashe as information technology manager. Both terms would expire July 7, 2020.