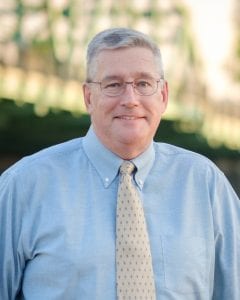 WESTFIELD – Only two items were on the agenda for the June 28 Special City Council meeting; an appropriation of $1 million from free cash, and a final vote on the fiscal year 2022 order of appropriations as amended, including the city budget of $135.5 million, all of which passed after some debate.

The free cash appropriation was $1 million less than previously proposed due to the council vote on June 24 to cut $1 million from the Engineering department construction line item. The amount for Engineering is expected to be restored in a transfer from stabilization.

During the discussion, At-large Councilor Dave Flaherty continued his objection to using free cash to balance the budget, a practice he said started during former Mayor Daniel Knapik’s administration. “We’re in this pattern of this free cash (transfer) getting bigger and bigger,” he said, adding that in his opinion the city is overspending by $700,000, and he would be a no on passage of the budget.

At-large Councilor Dan Allie said he believes the department heads “do a good job” of managing the part of the budget under their control, but called contractual agreements “the part busting the budget. ”This mayor didn’t have a shot at that yet, that’s next year,” he said.

“I’m encouraged that it’s only a million, it could have been much more but for the efforts of councilors that brought it down,” said Finance Committee Chair Ralph J. Figy, who was serving as president pro tem for the meeting.

The motion to authorize the $1 million transfer from free cash passed on a vote of 9 to 2, with Flaherty and Ward 1 Councilor Nicholas J. Morganelli Jr. voting no, and two absent. 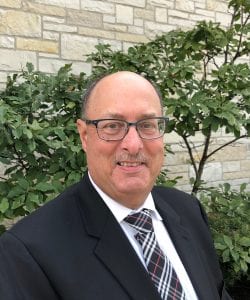 The vote to pass the FY22 city budget of $135.5 million then passed with no discussion on a vote of 8 to 3, with Allie, Flaherty and Morganelli voting no.

Figy then went through the appropriations for the revenue-generating enterprise funds, which are not a part of the general budget, including Water, Sewage and Wastewater, Westfield Gas & Electric Appreciation Account, the Community Preservation Act, and Stormwater. All of them passed with no discussion on votes of 9 to 2, with Flaherty and Morganelli voting no.

The Ambulance Fund did generate some discussion, with Flaherty saying the council should reevaluate his idea of charging health insurance and retirement benefits for firefighters and EMTs to the account. “It’s a perfectly normal thing to do, and would benefit the city,” he said.

Allie said he agreed with Flaherty, and noted that other enterprise funds follow that practice. “Each department should be responsible for their benefits and costs as much as possible,” he said, adding, “Sometimes this is how we make our intentions known. It sends a message that’s what we want to see happen.”

Ward 4 Councilor Michael Burns said he would be willing to revisit the question, saying Flaherty’s motion on June 24 had multiple parts to it. “It was all one vote. If it’s broken out that way,” he said.

Ward 3 Councilor Bridget Matthews-Kane agreed with Burns, saying in general she was in support, but didn’t like parts of the proposal regarding public safety dispatch.

“I did it in a kitchen sink manner. The concept is valid, and I appreciate all the comments. We have time to do it before we set taxes, we can move the money around,” Flaherty said before the Ambulance Fund passed, with Allie joining Flaherty and Morganelli as a no vote.

Only one appropriation didn’t pass on the initial vote, and that was $355,315 for PEG Access. Flaherty said the fund is paying for internet service for the entire city, which he considered an inappropriate use. “I would support internet use for the purpose of providing public access, but not for running the rest of the city. That should be a city expense and not come out of this fund,” he said.

The initial vote failed on a vote of 6 to 5, with Burns and At-large Councilor Kristen Mello joining Allie, Flaherty and Morganelli in voting no. Seven votes were required for passage.

“I’m a little confused. The comments that were made about what a wonderful job they do over there and that they’re underfunded. I just don’t get it,” said Ward 5 Councilor John J. Beltrandi III, noting the role PEG Access has played in broadcasting meetings over the past year that has been widely praised by some who voted no.

Figy asked for a clarification from Auditor Vicki Moro on what happens if the appropriation didn’t pass.

Moro said the funding for PEG Access comes from the cable company, and will not put the general fund budget out of balance. “If you don’t appropriate the money, they don’t have a budget on July 1, and they can’t spend anything because it’s illegal to overspend your budget per Mass. General Law. It needs to be appropriated in order to be able to spend it,” Moro said.

Figy asked for a motion to reconsider, which he said had to come from the prevailing side.

Flaherty made a motion to reconsider the vote, which passed 7 to 4, with Burns changing his vote in support.

Also passing was a motion to appropriate $200,000 for OPEB (Other Post Employee Benefits). Flaherty said $200,000 “is not even going to put a dent in this.” He added that the city has an OPEB liability of $356 million.

“Any amount going into this fund I will vote for,” Allie said before the 9 to 2 passage, with Flaherty and Morganelli voting no.

The only item Flaherty voted for at the meeting was $1.2 million for debt decline, which passed 10 to 1, with Morganelli voting no.

At the end of the meeting, Figy thanked the councilors and reflected on the process. “This has been a long and arduous process… a road that has had a lot of twists and turns. I think overall it’s been a good way for councilors to be able to ask questions of department heads that normally they wouldn’t be able to do if just strictly the Finance committee held these hearings,” he said.