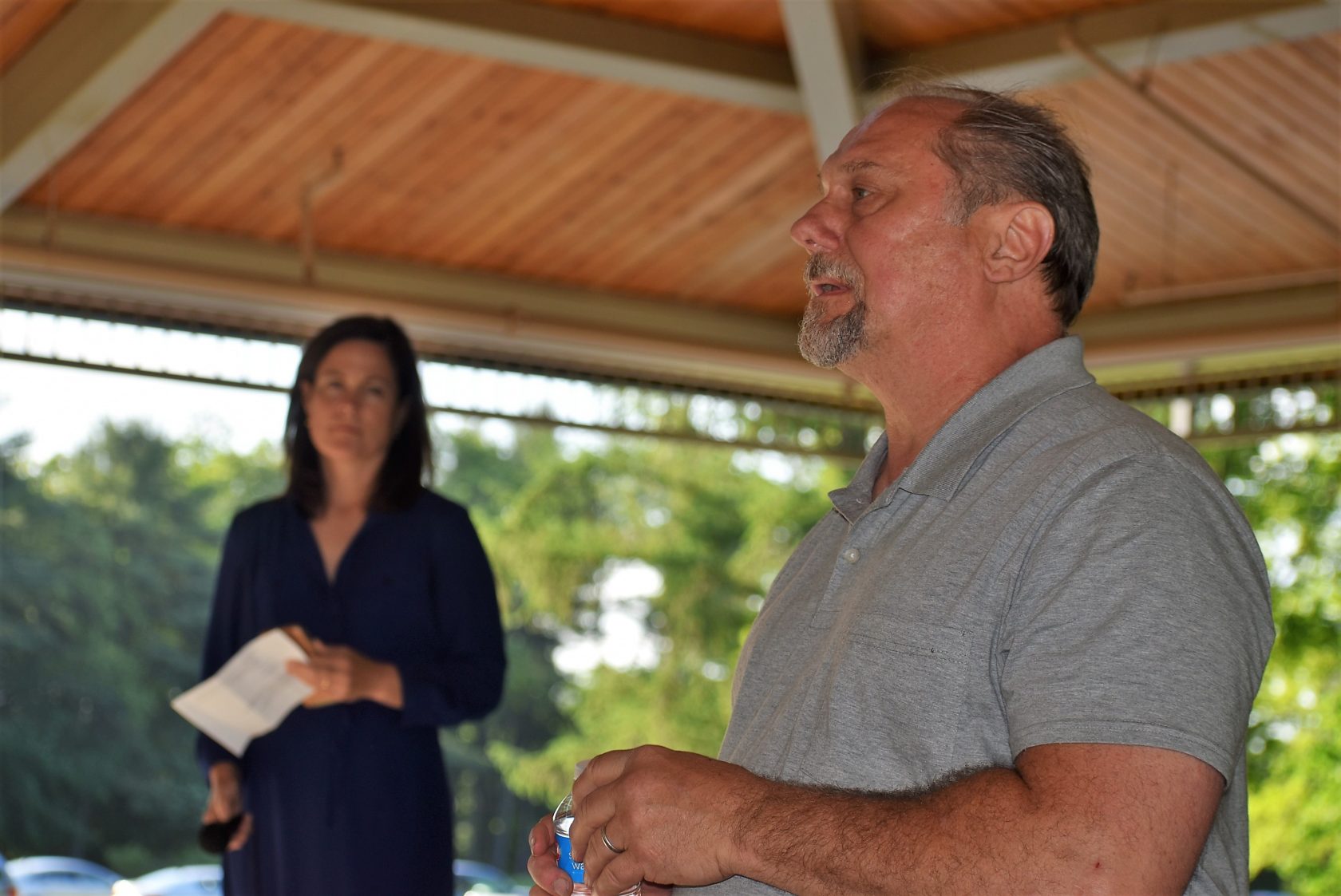 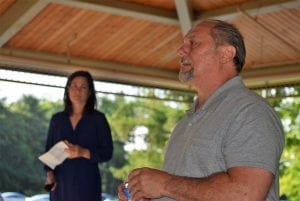 Matthews-Kane said she was happy to bring people together in-person at Stanley Park. She said while the park is just outside her ward boundaries, she wanted to meet in an outdoor covered space.

“When I took office, this was something I had planned to do every six months,” she told the two dozen residents in attendance, “but then COVID hit and I’m just glad we can now meet in person.”

Three speakers joined Matthews-Kane for the ward meeting. First to speak was Ward 3 Municipal Light Board representative Dawn Renaudette who offered an update on the ward’s Whip City Fiber availability. 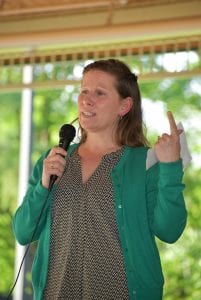 Renaudette said that there was expansion in the ward planned in the next year for Franklin Street to Russell Road and on Franklin Avenue and Orange Street.

“Washington, School and Central streets are still further out,” she said.

City Engineer Mark Cressotti gave an update on road projects in the area, including on Western Avenue where a multi-use trail lane was included in the road reconstruction. He said residents were resistant at first but “are living with it and finding it to be an enhancement.”

Cressotti said there will be working coming on Holcomb Street and Holland Avenue to Court Street. He said Lloyd’s Hill is also on the list.

“Lloyd’s Hill is finally getting rebuilt,” he said, noting that it will have a sidewalk, multi-use trail and retaining wall.

Ward 3 resident Michael McCabe praised Cressotti, as did others in attendance.

“You and your department have taken a lot of guff unnecessarily and I want to thank you,” said one resident.

Cressotti said he appreciated hearing that, especially as he prepares to retire this year. 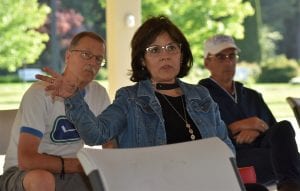 After some discussion about the Columbia Greenway Rail Trail expansion, the third speaker, Sarah Greenleaf of the Department of Conservation and Recreation, spoke about the Greening the Gateway Cities program.

The program was created with a goal to increase the number of trees planted in urban residential areas of the Massachusetts Gateway Cities. Greenleaf said she has been working in Chicopee and Holyoke and expanded to Westfield this spring. Two weeks ago trees were planted along Court Street and Greenleaf encouraged anyone living in the targeted zone in wards 2 and 3 to contact her to receive a free tree.

Greenleaf or someone from her team will make a site visit to find the best location for the tree, or trees, and decide the right species for the location.

Greenleaf said there are 30-40 species available. A resident asked about planting under power lines and Greenleaf said the best tree for a location with power lines is usually a small flowering tree that can be cropped to keep it from growing into the lines. The trees are free and are planted by Greenleaf and her crew. 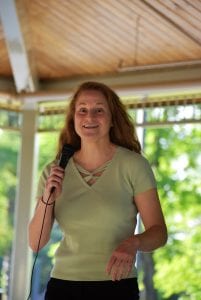 Matthews-Kane gave an update on the Franklin Avenue Elementary School project, which includes students at Abner Gibbs School. She said the selected design is a new two-story building that will accommodate students from both schools. The process is ongoing but she said it was moving forward.

One resident asked what would happen to the small outbuilding at the school, which had been the kindergarten classroom for many years. Matthews-Kane, who said her husband attended kindergarten in that building, said it was unfortunately going to be razed. She was also asked about future uses of the Abner Gibbs building and said it was not decided but noted that other schools have been repurposed for housing.

Matthews-Kane ended the meeting stating that she would plan another this fall and encouraging residents to reach out to her at any time.