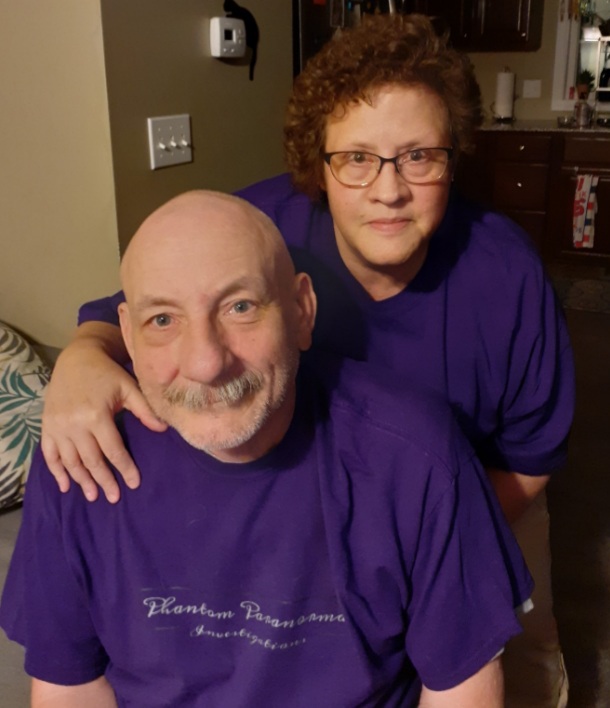 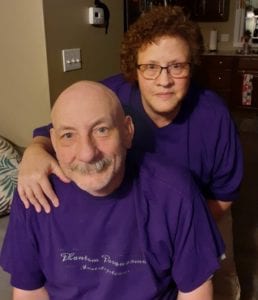 WESTFIELD – Things that go bump in the night may make most people run in the opposite direction, but for Steve Penarowski and Terry Derderian, seeking out those things is part of the job.

The city couple are paranormal investigators who have spent the better part of the past eight years honing their skills and exploring potentially haunted places.

Derderian and Penarowski were both living outside of Albany when they met 13 years ago. Derderian was the “believer” while Penarowski was the “skeptic.” They watched paranormal shows on television and when Derderian found a meetup.com group investigating the Shanley Hotel in New York, she convinced Penarowski to join.

Armed with Maglight flashlights and what Derderian called “an old crappy recorder,” they explored the notoriously haunted hotel. It was during that investigation that Penarowski became a believer.

He said he connected with a spirit there, feeling a tap on his hand and receiving responses to questions via the flashlight turning on and off.

“After that, I was hooked,” Penarowski said.

The couple began seeking out more investigation opportunities and became friends with Karen Tatro, a medium from New Hampshire. Tatro invited Penarowski and Derderian to investigate with her, sharing her skills and recognizing Derderian’s psychic abilities.

The couple continued to investigate with Tatro and others before taking on investigations of their own.

Phanton Paranormal does not charge for its services. The couple said they just want to help people.  “At first, it was about the thrill of it,” said Derderian. “Now I really want to talk to spirits and help them cross over.”

Derderian is a registered nurse who became a believer in the supernatural at age 15 after her mother died. She said her mother visited her and would call out her name. At age 18, Derderian was in the U.S. Army when her grandfather passed and visited her after his funeral. Her belief in ghosts and interest in the paranormal grew from there. Because of her experiences, she wants to help spirits cross over and leave the spaces they haunt.

For Penarowski, visiting cemeteries is one of his favorite places to investigate. He said they are careful to be respectful of graves and said spirits will lead them to specific headstones. They have investigated many cemeteries and well-known places, such as the Lizzie Borden House, as well as private residences. Two weeks ago they investigated their dream location – the Rhode Island home that “The Conjuring” movies were based-on.

Derderian and Penarowski said they don’t get scared when investigating the paranormal, but they do start with a grounding prayer to keep spirits from becoming attached. And Derderian said it’s not quite how its pictured on television.

“On TV they talk about demons, but out of all the investigations we have done there has only been one demon and that was conjured into the house by amateur investigators,” she said, noting “we have dealt with angry spirits.”

“We don’t provoke them,” added Penarowski.

They did encounter a spirit in their Westfield home, but helped it move on quickly.

The couple can be reached via their Phanton Paranormal Facebook page and advised anyone experiencing something paranormal to tread lightly.

“If you think something’s in your house, don’t pick a fight with it,” said Derderian. “If you think you have a problem, look up investigators in your area.”

Penarowski said to take it seriously but don’t panic.

“One thing we have found is that if you walk into a room and feel something in your chest or the hair on your arms stand up, your body’s reacting to energy,” said Penarowski, “and that’s what spirits are, energy.”