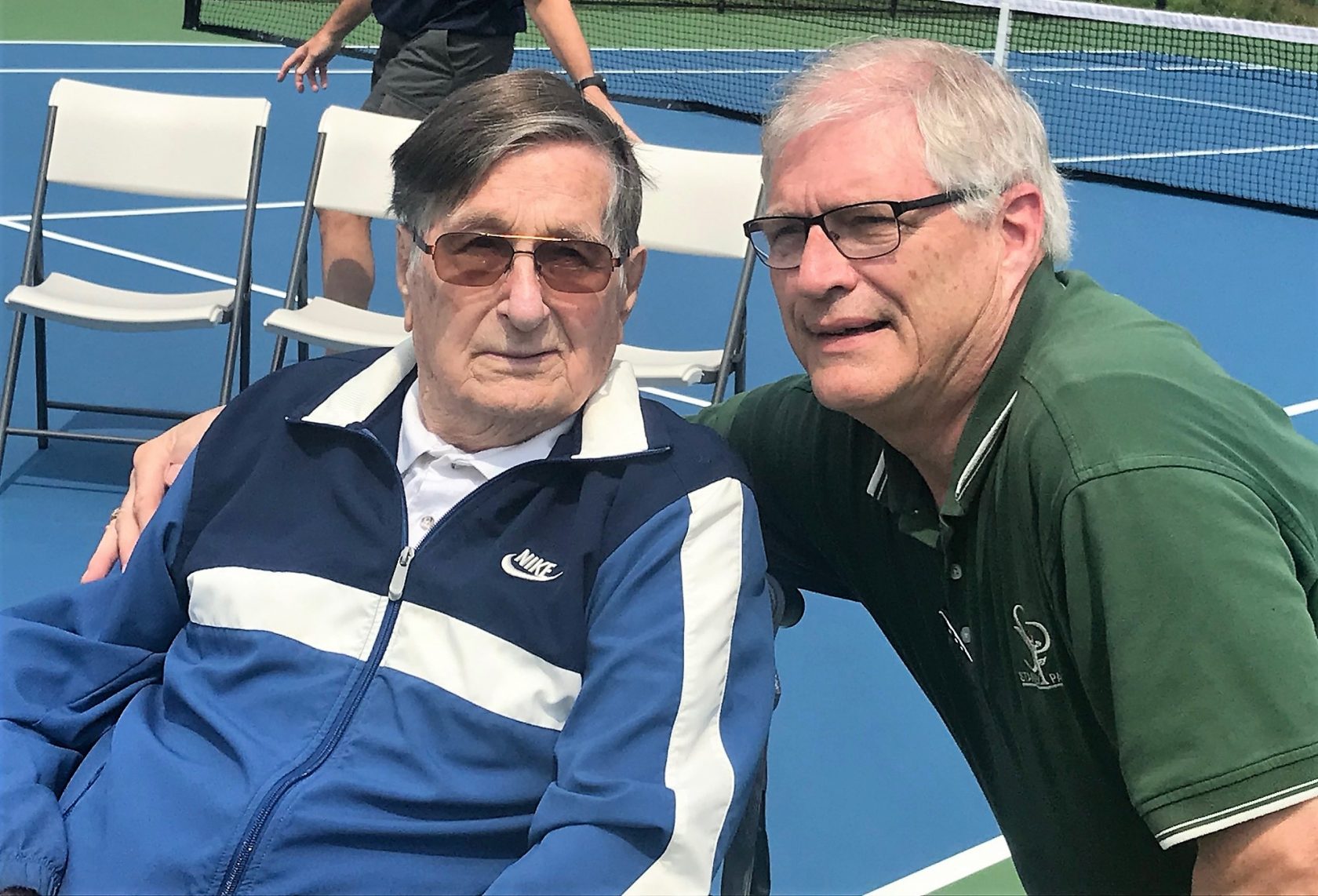 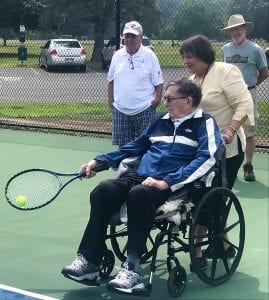 John Hansen tries out the new tennis courts he helped fund at Stanley Park with assistance from his daughter Karen Rich. (Photo by Hope E. Tremblay)

This week Hansen, 98, saw one of his latest contributions to the community come to fruition at the new Stanley Park tennis courts. Hansen was a major donor to the court renovation and was honored to hit the first ball on the court.

“We’re very proud to open the John Hansen Tennis Courts at Stanley Park,” McKean said. “You helped us get this going and it’s built to last 40 years.”

Hansen’s daughter Karen Rich said tennis was an important part of her father’s life, and so was Stanley Park.

“My parents were big fans of Stanley Park,” she said. “We used to come here all the time and would cross country ski here.” 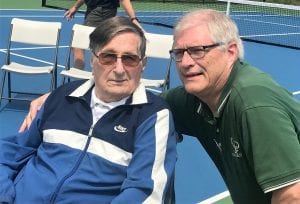 Hansen graduated from Cornell and was an engineer who worked at Stanley Home Products for many years. Tennis remained his passion his entire life and he continued to play until he was 90.

Hansen and his family were surrounded by his former “Ball Boys” teammates at the opening of the courts Thursday.

Stanley Park Board of Directors President Angela Derouin, Secretary Donna M. Herman and board member Paul J. Marchese thanked Hansen for his contribution to the park.

Frank Friguglietti and John Nicoletta were among Hansen’s friends and fellow tennis enthusiasts who said they were proud to see the opening of the courts named for Hansen.

“I saw this elegant looking gentleman,” he said, “but I soon found out this was no gentleman – this was a stone-cold killer on the court!” 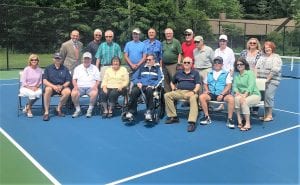 John Hansen, center, is surrounded by family and friends at the new tennis courts he helped fund at Stanley Park. (Photo by Hope E. Tremblay)

Nicoletta said Hansen showed him how to look like a gentleman but play to win.

Friguglietti said he met Hansen in the late 80’s when Hansen and Nicoletta formed the USTA team known as the Ball Boys.

“John was an integral part of the team,” Friguglietti said of Hansen. “He and his friend Jack Klaubert taught us so much. And John was still playing until eight years ago.”

Hansen continued to win titles and was ranked in his age group until he stopped playing.