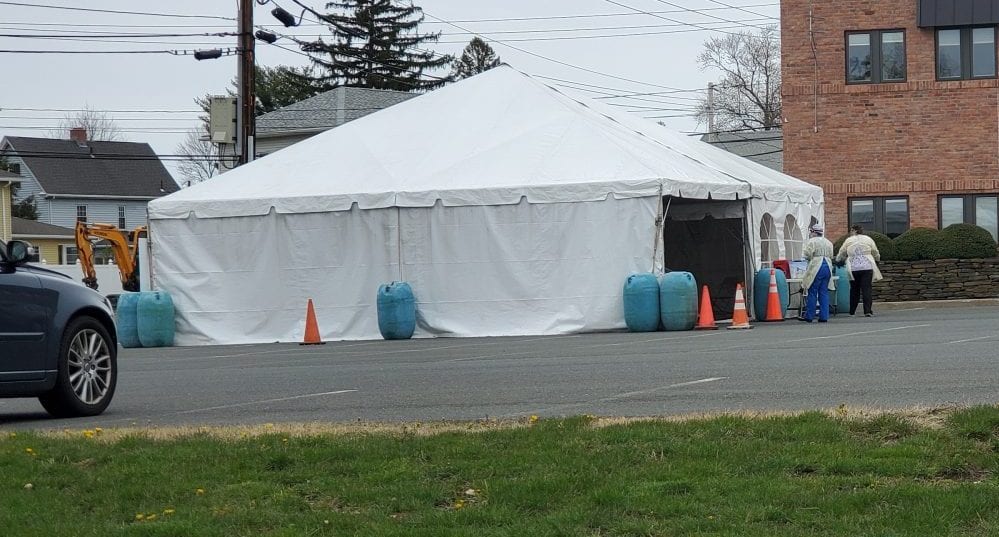 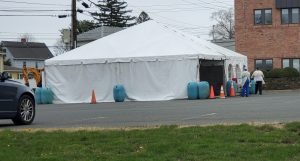 A testing site for COVID-19 at 57 Union St. back in April. (PETER CURRIER PHOTO)

WESTFIELD- Health Director Joseph Rouse and the Board of Health do not plan to create additional community COVID-19 testing sites in Westfield.

During the remote Board of Health meeting  Jan. 13, Rouse and the three board members agreed that adding free mass testing sites for COVID-19 would carry far too large of a price tag. Rouse said that larger scale testing sites in Westfield would cost upwards of $50,000 each day.

That money would have to come out of the $3.2 million in CARES Act funds received by the city. If all of the funds were dedicated to a mass testing site, it would be depleted in 2 months.

Rouse said he keeps receiving complaints that Westfield isn’t offering free resident testing like Chicopee, West Springfield, or Springfield. On top of the price tag, he said that there is already a lot of free testing available in the area, but not run by the City of Westfield.

Rouse and the board members agreed that the money would be better suited to be invested in vaccine distribution locally.

Board member Juanita Carnes said that she thinks a lot of people are trying to get a COVID-19 test for the wrong reasons. She said there are people who are getting tested not because they believe they could be sick, but because they need a negative test result to travel or visit someone.

“There are people who think they were exposed that day so they need a test today to prove you don’t have it,” said Carnes, adding that the incubation period for COVID-19 makes getting tested on the same day as exposure a waste, as one may not test positive for at least several days after.

Public Health Nurse Debra Mulvenna said that she is the person in the Health Department who is telling people that they have been exposed to COVID-19.

“I haven’t had a single person report that they have been unable to get tested,” said Mulvenna.

Rouse said that people who get tested and are awaiting results are supposed to quarantine, whether they believe they are sick or not.

“If you can’t do that until you get a negative result, what’s the point,” said Rouse.

Though Westfield does not have a municipal testing site, there are many testing options available in the area. One can try to make an appointment with a local pharmacy such as CVS, which offers drive-up testing at its drive-thru windows. Appointments may need tobe made several days in advance, but the test is free with most insurances.

There are also mass testing sites such as the Stop the Spread site at the Eastfield Mall and Holyoke Community College, which does not require an appointment and is also free. The line for such a site does vary, and can take several hours during peak times.