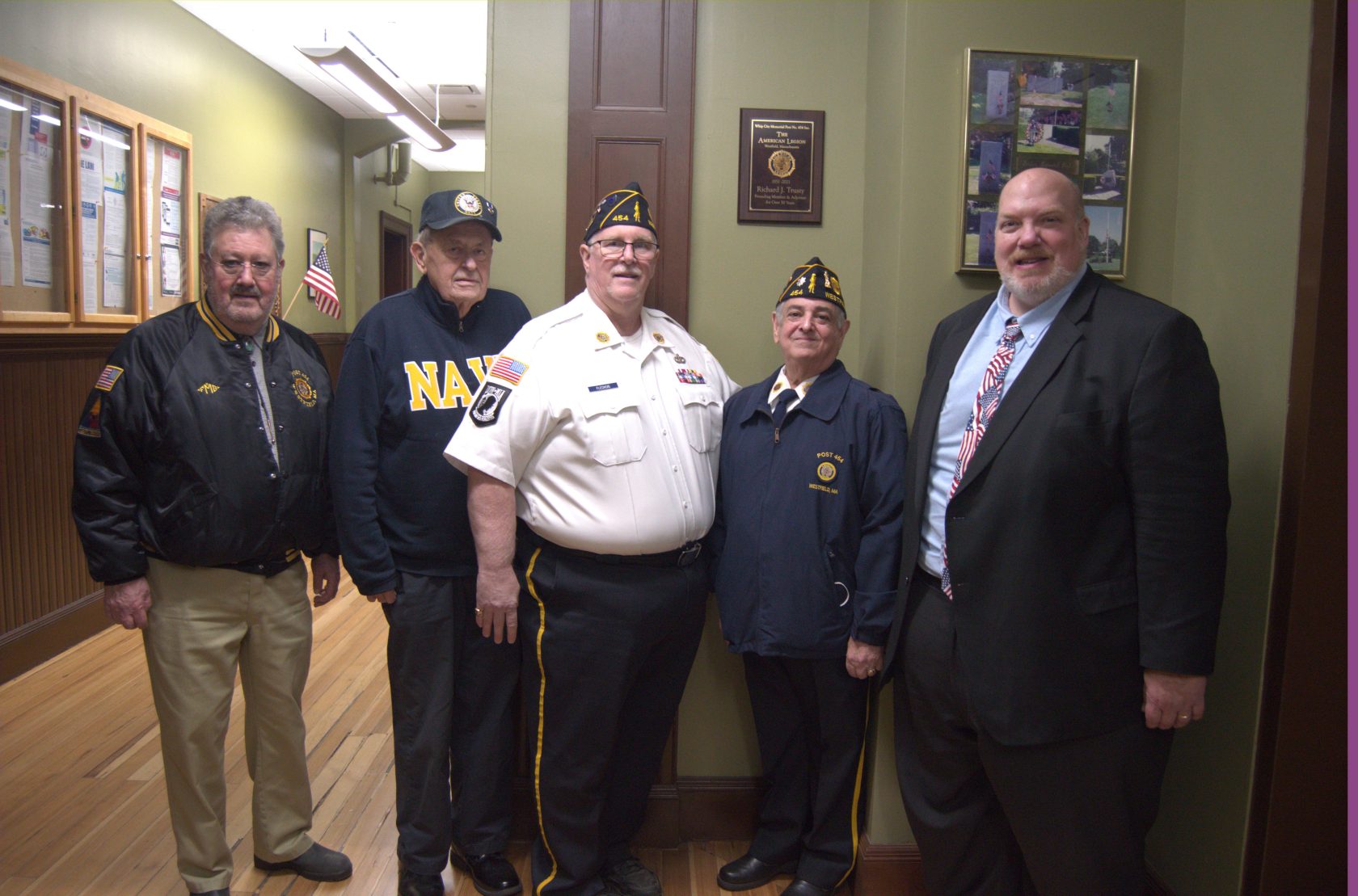 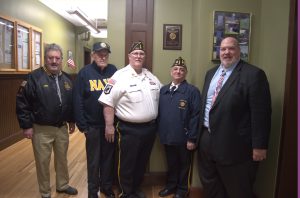 WESTFIELD — The annual Veterans Day ceremony at Parker Memorial Park last Thursday was somewhat reminiscent of years past, after a scaled down ceremony in 2020, but it was missing one notable fixture.

American Legion Post 454 was absent from the main ceremony this year, after it officially closed its doors at the beginning of 2021. During the 2020 ceremony, Bob Ragon of Post 454 announced that it would be the post’s final year participating in Veterans Day as an organization, as it had too many members die over the course of 2019 and 2020 to be able to remain open.

Though Post 454 did not participate in the regular ceremony on Nov. 11, its history in the community was recognized in City Hall later that afternoon. In a small gathering with Mayor Donald Humason Jr., Ragon and other former members of Post 454 unveiled a plaque in City Hall in honor of the post and its founding member, Richard Trusty.

Trusty, who founded the post in 1971, was one of several members who died in 2020. In a period of five months last year, the post lost six members, though only one death was due to COVID-19. One of Trusty’s last wishes was for the post to make it to 50 years, which it would if it remained open into 2021. The closure was imminent, but the post remained open until earlier this year in order to grant Trusty his last wish.

During the unveiling of the plaque, Humason said that he was glad to have it in City Hall for people to be able to discover as they go about their business in the building.

Ragon told Humason that the post had lost too many critical people, mostly due to age, to keep their doors open past 2021. He remembered Trusty fondly, as well as other late post members like Robert Slack.

“Trusty, my goodness, did you know he was an officer for every day the 454 existed?” said Ragon. “All of us held officer positions, but we didn’t do a thing without asking Dick how it should be done. He forgot more than we would ever know about how to take care of an American Legion post.”

The plaque is on the first floor of City Hall, in the hallway directly across from the main stairs.