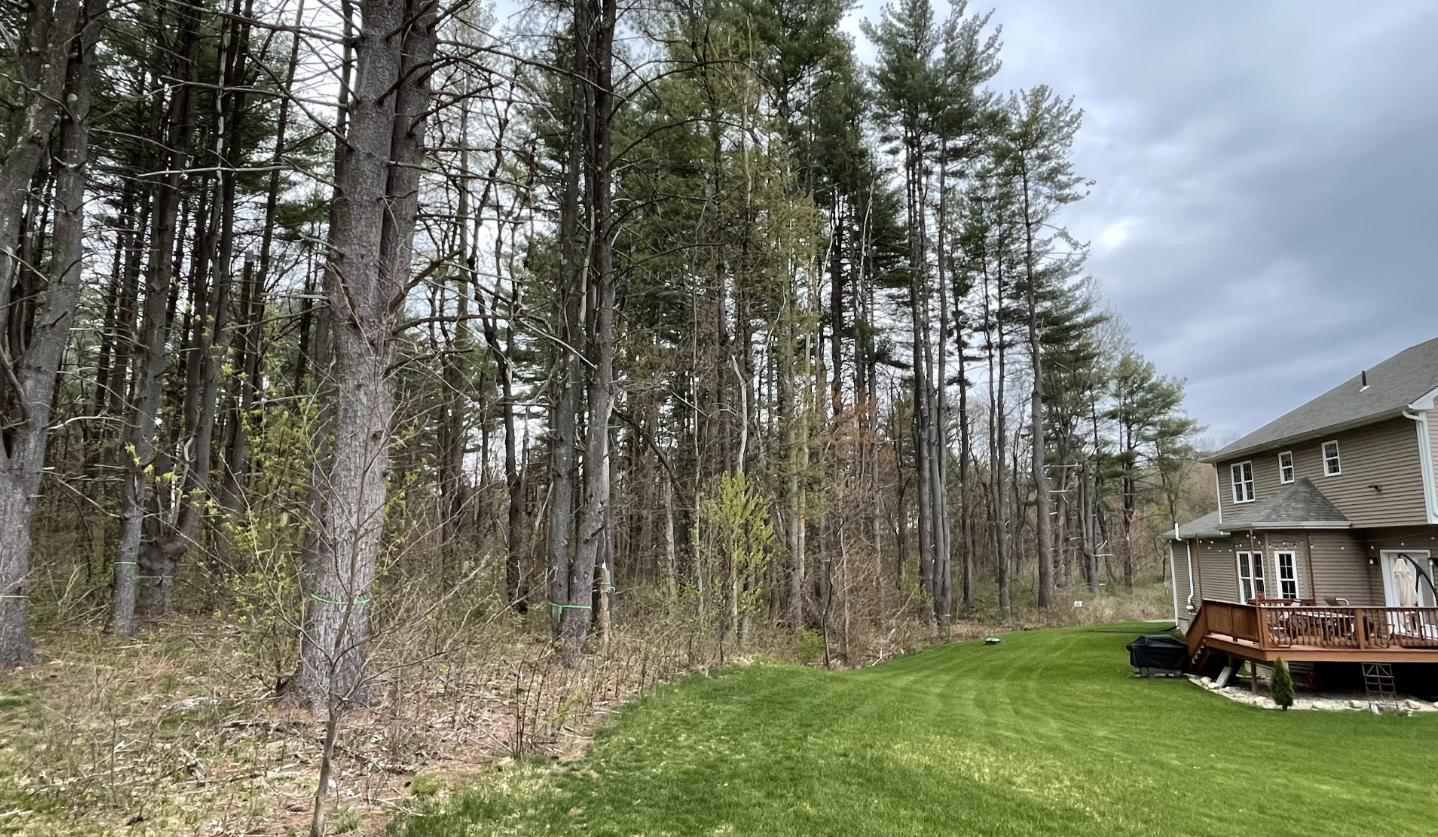 WESTFIELD – After three meetings, a site visit and a consultation with a forester, the Conservation Commission granted permission to Joseph Marden and Marissa Fistola to remove 30 tall white pines threatening their home at 27 Angelica Drive which is within 200 feet of the riverfront area.

Fistola said they moved to the home on the edge of the residential development in July 2020. She said she’s had a lot of sleepless nights due to high winds and trees falling in the woods, and said she wanted to remove the tall white pines that are leaning towards the house. She said the trees are within 30 to 40 feet of the home, and beyond 150 feet from the riverfront.

After a site visit from the commission, Conservation Coordinator Meredith Borenstein said not being a forester, she didn’t know how to differentiate which trees to cut. She said some were dead, but some appeared healthy. After further discussion, the commission asked the homeowners to consult with a forester.

A letter from a forester read during the May 25 meeting stated that the trees are falling due to overgrowth and poor health, and their removal would enhance the undergrowth. He recommended removing all the trees endangering the house.

Commission Chair David A. Doe said the forester suggested clear cutting 75 feet into the woods, but he wanted to have the commission play a role in selecting the trees, and not just clear cut. He said removing the pine trees will have an effect on birds in the area.

“We’d be willing to leave some down in the woods for that reason. Protect the wetlands and our home as well,” Fistola said. Doe said a lot of people in Westfield have trees that height close to their homes

“Maybe we should have considered that before we moved here, but here we are,” she said.
.
“This couple has really gone above and beyond following our guidance,” said Commissioner Cliff Laraway. He said they paid the extra cost to flag trees and hire a forester, and recommended approval to remove thirty trees.

“We appreciate you guys getting a forester on board. We’re trying to balance wetland protection and the homeowner,” said Borenstein, and suggested some topping of trees at an appropriate height that wouldn’t fall towards the home.

“We would focus on the ones with the most potential to fall on our house. There are a lot on the edge that have potential or are leaning towards our house, or are in poor condition,” said Marden.

The request was approved with the condition that the commission be involved in the selection of trees to be cut, and that the stumps remain in place.